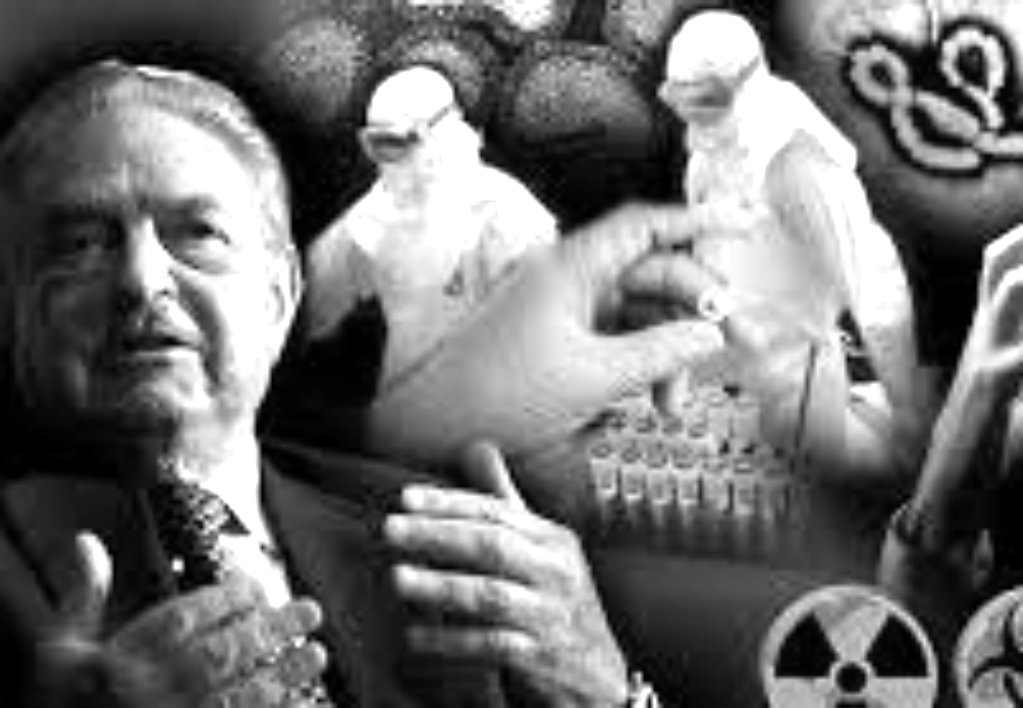 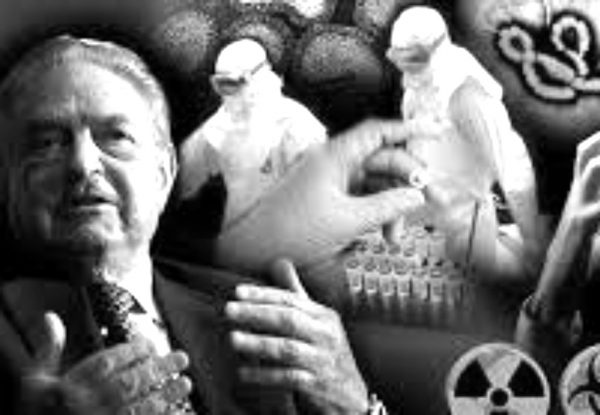 Looks like Obama and the CDC are not the only ones dismissive of quarantines and flight restrictions, as it concerns the spread of Ebola. Their constant talking points always suggest the only way to contain the problem is by addressing it in Africa, not here. Over and over we have heard this.

Then is it any surprise or coincidence that George Soros’ Open Society and World Bank want no quarantines.

This early October video from the Open Society Foundation features Dr. Paul Farmer, “Looking past quarantine to community health” as they put it:

As the spread of Ebola continues to unfold, new health and economic challenges will emerge.
But as Dr. Paul Farmer, CEO of Partners in Health, discusses above, we won’t be able to keep up with the epidemic without invoking a human rights model.

Note the interesting point of view expressed by Dr. Farmer in the video:

“With the empathy that you’re reading about now, put it in place and cement it in place. If there were a right to some basic services, I mean, really, a right for everybody, it would be less easy for epidemics like this to spread.”

This verbiage is to be expected from Dr. Farmer, who has often expressed that health care is a human right. (Sound familiar?) His background is in step with that. Currently a professor at Harvard, Dr. Farmer is also a proponent of liberation theology, which he expressed in a Sojourners article, recollecting his work with Catholic social justice activists in Latin America.

Dr. Farmer was appointed by Obama in 2009 as a UN special envoy to Haiti. He is also on the board of Kagenos, “sustainable solutions to global poverty” being their mission. George Soros’ son, Robert, has been a funder of that effort. However, his larger effort is as a founder of Partners in Health (PIH), another organization focusing on healthcare as a tool for social justice. Here is his description as a board member there:

Dr. Paul Farmer, physician and anthropologist, is chief strategist and co-founder of Partners In Health, Kolokotrones University Professor and chair of the Department of Global Health and Social Medicine at Harvard Medical School, and chief of the Division of Global Health Equity at Brigham and Women’s Hospital in Boston. He also serves as U.N. Special Adviser to the Secretary-General on Community-based Medicine and Lessons from Haiti. Dr. Farmer has written extensively on health, human rights, and the consequences of social inequality.

Also on the board with Ophelia Dahl, daughter of famed author Roald Dahl and social justice activist, with whom he has worked for years. Also close to this administration, she was on a very short list of Nancy Pelosi’s guests for 2010 state of the union, along with the unusual union chiefs, La Raza, NAACP, etc.

PIH has had financial support from Soros and other similar benefactors for quite some time:

Farmer’s work attracted the support of philanthropists, including George Soros and Bill and Melinda Gates. In 2002, PIH received a $13 million grant from the Global Fund for improvements in the Cange complex. In 2005 the William J. Clinton Foundation funded a Partners in Health AIDS program in Rwanda.

Also on the board of PIH is his long time friend Jim Yong Kim, nominated to be President of World Bank by Obama:

President Obama is set to nominate Dartmouth College president Dr. Jim Yong Kim to a five-year term as head of the World Bank this morning in a move that has the potential to radically change how the 187-nation Bank operates. Kim breaks the mold of prominent bankers, lawyers, and political officials who have headed the international development and financial assistance institution since it was founded in 1944 to begin reconstruction after the Second World War.

As Fred Hiatt notes at the Washington Post this morning, “Kim will be the first bank leader who has dedicated most of his professional life to working with and for the world’s poor.” I’d add that Kim’s appointment signals a stronger commitment from the Obama Administration to international development as a tool for world health, and recognizes the central role of improved healthcare in stability and economic growth.

But it’s his stature as the co-founder of Partners In Health (along with Dr. Paul Farmer) that stands out. Partners in Health was founded 25 years ago and revolutionized the development world’s view of health initiatives in poor communities, stressing both respect for the poor and the need for strong preventive care. Known for its work in Haiti, Partners in Health pioneered its community-based health model in Russia, Rwanda, Peru, Lesotho, Burundi and other countries. It also works with poor HIV-AIDS patients in the Boston area.

And here’s another interesting aspect of Kim’s appointment, considering the challenge that President Obama’s signature health care reform initiative is likely to face in the 2012 election: Kim’s co-founder at Partners in Health, Paul Farmer, is justly famous for saying “I believe health care is a human right.” That emphasis on free high-quality healthcare for those who can’t afford to pay is the hallmark of the movement led by Farmer and Kim and others.

What they neglected to mention was Kim’s very close relationship with George Soros. From The Blaze, Jim Yong Kim actually considered Soros’ support to be the high point of his life:

In fact, during an interview on “The Charlie Rose Show,” Kim was asked what he considered to be the high point of his career. He responded [emphasis added]: “The high point was when we started receiving support, first from George Soros who gave us our first grants [to battle tuberculosis] and then we received a huge grant from the Bill and Melinda Gates Foundation.”

Soros and Kim have traveled together and Kim was even a guest at Soros’ 2013 wedding. Very chummy, indeed.

In addition to the “right” to health care, in an early October article, Kim also declared the fight against Ebola to be a fight against inequality. This plea fits in well with Dr. Farmer’s video above, suggesting that the empathy that this situation evokes is just what they need to put a system in place:

As the spread of the Ebola virus in West Africa shows, the importance of reducing inequality could not be more clear. The battle against the virus is a fight on many fronts — human lives and health foremost among them.

But the fight against Ebola is also a fight against inequality. The knowledge and infrastructure to treat the sick and contain the virus exists in high- and middle-income counties.

This week, Obama spoke just after a statement by World Bank’s Jim Yong Kim, continuing with their same arguments against quarantine and flight restriction.

Obama’s speech follows a statement from Jim Yong Kim, the president of the World Bank, warning that talks of travel restrictions and quarantines are discouraging medical workers from helping out in source countries.

He said that the key to stopping the virus is attacking it in its West African epicenters of Sierra Leone, Guinea, and Liberia.

“We know that the best way to protect Americans … is to stop it at the source,” Obama said. “We are going to have to stay vigilant here at home until we stop the outbreak at its source.”

Isn’t it lucky that these wise words of advice fit so nicely with Soros’ Open Society goals, World Bank goals and benefactors (PIH) of Soros money? Is the “right” to global healthcare right on the heels of Obamacare?

Michelle Horstman is a small business owner and mother of three, living in the Texas Hill Country. She has written for NewsRealBlog, PJ Media and CanadaFreePress.