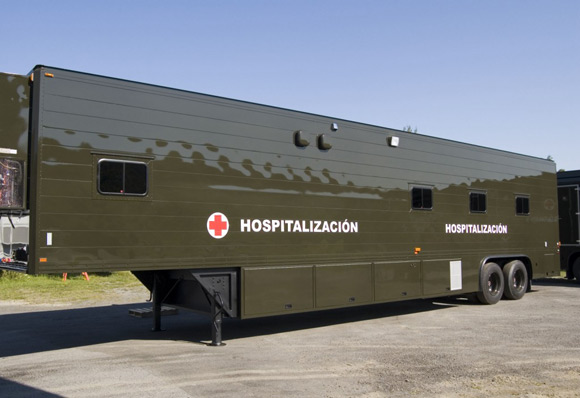 President Obama’s terribly misguided decision to send 3,000 troops to Liberia to combat the Ebola virus which could result in Americans being put at risk for contracting the deadly illness at home, some health experts say.

Dr. Jane Orient, the executive director of the Association of American Physicians and Surgeon has clearly stated that she is opposed to sending U.S. combat troops into the West African countries to “fight” against Ebola. Dr. Orient has stated that soldiers from West African countries are shooting people who cross borders or in some manner violate existing quarantines.  Orient speculated, “Is this the kind of activity that our troops plan to support?” Orient and several other medical experts believe that sending troops to Africa will increase the likelihood that Ebola will be brought to the U.S. in greater numbers. I have been hard pressed to find anyone who think that sending our troops to West Africa is a good idea.

It makes no sense to send U.S. combat troops to West Africa in order to construct temporary treatment facilities. Military construction has always fallen to one of two groups. Historically military organizations such as the U.S. Army Corps of Engineers should be the number one choice if a military presence is required at the construction site. The other and increasingly more common group, private contractors, should be sent to complete such a mission (i.e. Haliburton, KBR).  Why is Obama deviating from what the government usually does in these matters? Sending inexperienced troops for the sole purpose of being engaged in construction matters makes no sense. And when this insanity is combined with sending troops into harms way with little to no biohazard training, this is a prescription for disaster. Obama’s actions do not make any sense unless we look at history.

It is becoming increasingly clear that the major reason that Obama is sending troops to West Africa is to experiment on them! Before you can utter the words “conspiracy theorist”, please allow me to review the history of this government and its long track record of experimenting on its own soldiers in a series of long-standing and unethical experiments.

In the past, federal agencies such as the Department of Defense and Atomic Energy Commission have exposed U.S. soldiers and prisoners to high levels of radiation. This government has  irradiated the testicles of male soldiers in order to test for birth defects in their children. Perhaps the best known set of unethical experiments perpetrated on U.S. soldiers by the government involved the Tuskegee syphilis experiment in which various U.S. Public Health Service agencies spent four decades observing the effects of the disease on an estimated 600 African-American soldiers from Alabama without informing them that they had the disease or could have provided treatment which would have cured them. No laundry list of abuses being perpetrated on U.S. soldiers would be complete with out bringing up MK-Ultra which is sometimes referred to as the CIA’s mind control program. The term, MK-Ultra was the code name of a U.S. government human research operation experimenting on, among others, U.S. soldiers in which brainwashing techniques were employed along with the administration of dangerous drugs such as LSD which was given to soldiers without their prior knowledge or informed consent. And let’s not forget about the administration of experimental vaccines to our troops in the first Gulf War, which not only sickened the soldiers but their family members as well in the Gulf War Syndrome debacle.

Subsequently, I have concluded that American soldiers are going to be experimented on while in West Africa. And before anyone utters the worn out phrase, “conspiracy theorist” to accompany protestations that “the government would never do that to our troops”, please realize that history is on the side of supporting this notion.

I am very cognizant of the reasons why some would view the present Ebola situation as a false flag operation because Ebola, in its present form is not spreading as one would expect. However, when we look at the fact that the government has ordered over one million hazmat suits, 250,000 hazmat suits are being sent to ground zero in Dallas , Obama is brining Ebola patients for treatment to the U.S. and the CDC is beginning to make begrudging concessions that Ebola can be transmitted through airborne means, it is safe to conclude that the Ebola crisis will indeed heat up after the election, particularly in January, when the next vaccine will be ready. Don’t close the book on Ebola just yet, we are just getting started.

By the way, Francis Boyle, University of Illinois law professor,  has revealed that Washington DC has placed its biowarfare laboratories in African countries that HAVE NOT signed the convention banning such experimentation…  It is really difficult at this point to not become a  card-carrying “coincidence theorist”.