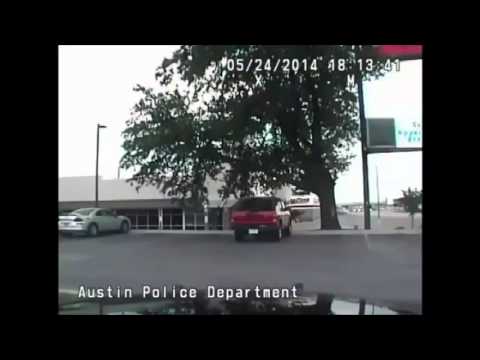 Austin, TX — In disgusting dashcam footage uploaded to YouTube on Thursday, two Austin Police Officers, Michael Castillo and Mark Lytle, are heard bragging about how important they are, then whistling at a woman and saying “Go ahead. Call the cops. They can’t unrape you.” while investigating a fender bender on May 24.

Officer 1: Alright, we’re gonna be riding out for a week.
Officer 2: Yo, we used to. They used to do that.
Officer 2: Hey, put it this way; if we ride out for a week, crime is gonna be on the run and (expletive) non-existent. (Expletive) would get real for the bad guys. The world would be at peace for a week.

An APD spokesperson stated they were unaware of the video until they were contacted by local station KXAN, providing them with this comment-

Thank you for bringing this matter to our attention. The attitude and commentary depicted within this video are not consistent with the level of professionalism we expect of our officers and does not represent the values of the Austin Police Department.

On Friday, the department confirmed the validity of the video, which was released by a lawyer who stumbled upon it as he was working on a case related to the car accident, and issued a statement which read-

With the amount of rapes and sexual assaults occurring at the hands of law enforcement, jokes and statements like these must be taken very seriously, yet both officers remain on normal duty.

As horrific as this conversation is, some may like to believe this is just a couple of “bad seeds” or an isolated incident.

Unfortunately the jokes by these officers is almost unsurprising considering the attitude towards rape demonstrated by police nationwide.

Just last month, after responding to questions about the shocking string of rapes by officers, OK Highway Patrol Captain George Brown was on television telling women that if they don’t want to be raped by police, they should obey traffic laws.