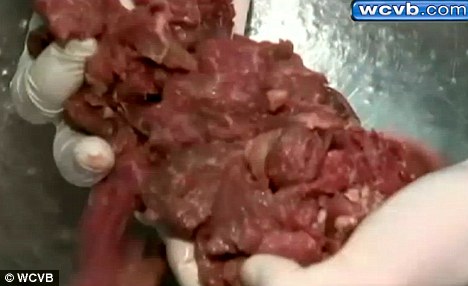 There are no laws in the United States that require chefs, restauranteurs, et al to state that the meat they serve is not reformed.

Most people assume that they would know, that reformed meat is used in low-end cheaper products, but that’s simply not true.

Transglutaminase enzyme is meat glue, made from the clotting agents found in the blood of pigs and cows. By mixing the enzyme with chunks of cheap meat the meat sticks together to form, a fillet, a steak or anything else the chef decides.

When unwrapped the meat forms a single joint from which steaks can be cut, consumers never notice and even experts have difficulty in telling the reformed steak from the real thing. 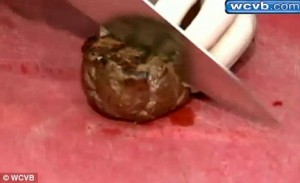 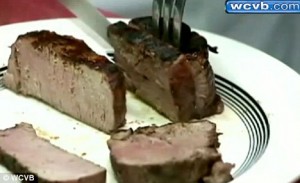 In supermarkets and stores consumers are able to make informed choices as meat has to be labeled as formed, or reformed meat. Restaurants give us no such choice.

Transglutaminase enzyme has been used in the United States for years and is USDA approved as “safe”.