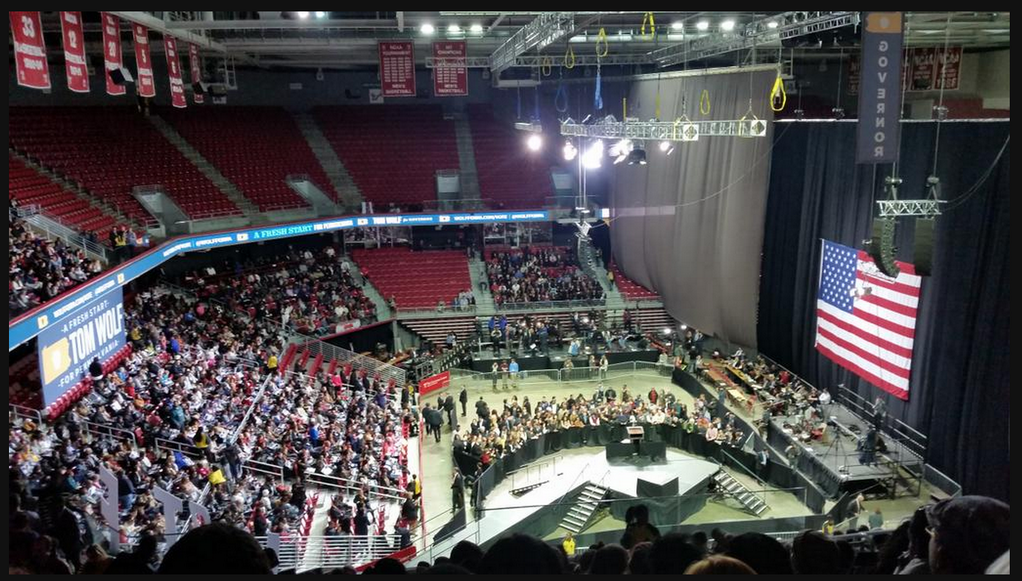 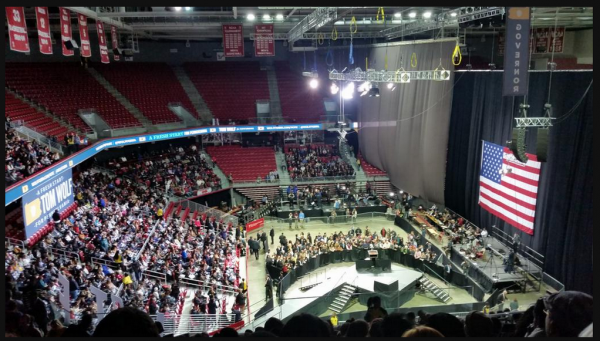 At a campaign stop in Pennsylvania for Democrat gubernatorial Tom Wolf, Barack Obama could not even fill one quarter of the venue. This is just more evidence that the people are not behind the usurper-in-chief.

The basketball court had already been partitioned in half with a large curtain in order to cover for the fact that it would not be close to being filled. However, it appears from the picture below, that even using only half of the area, Obama could barely draw a crowd of people that would fill 1/2 of that portion of the venue.

Looks like @WolfForPA and the President are only going to fill 1/4 of the venue in Philly. ROUGH. #pagov pic.twitter.com/6KZEWpZIaC

Fox News reported on the event saying that even in comparison to George W. Bush at his six year mark, Bush still drew large crowds. Obama has been lagging among Black and Hispanic voters as well. There is no support for this man nor his accomplices.

The lack of support for Obama and his party is so bad that on Sunday it was reported that Nancy Pelosi (D-CA) warned her Democrat counterparts to brace for an epic “catastrophe” in Tuesday’s elections.

According to the Washington Times, Pelosi warned voters “that the GOP is poised to have the greatest majority in the House since President Herbert Hoover was in the White House over 80 years ago.”

So, while the media would have you believe that America is largely behind this man, his administration and his policies, nothing could be further from the truth.

At the event the crowd “booed” Philadelphia’s Democrat Mayor Michael Nutter, which he sought to stymie by chanting “Vote! Vote! Vote!”

In fact, according to the event manager, only about 5,500 people attended the rally. Now, consider that Temple University Liacouras Center seats 10,200. There is no way these numbers are accurate. The picture itself speaks 1,000 more words than there are attendees, don’t you think?