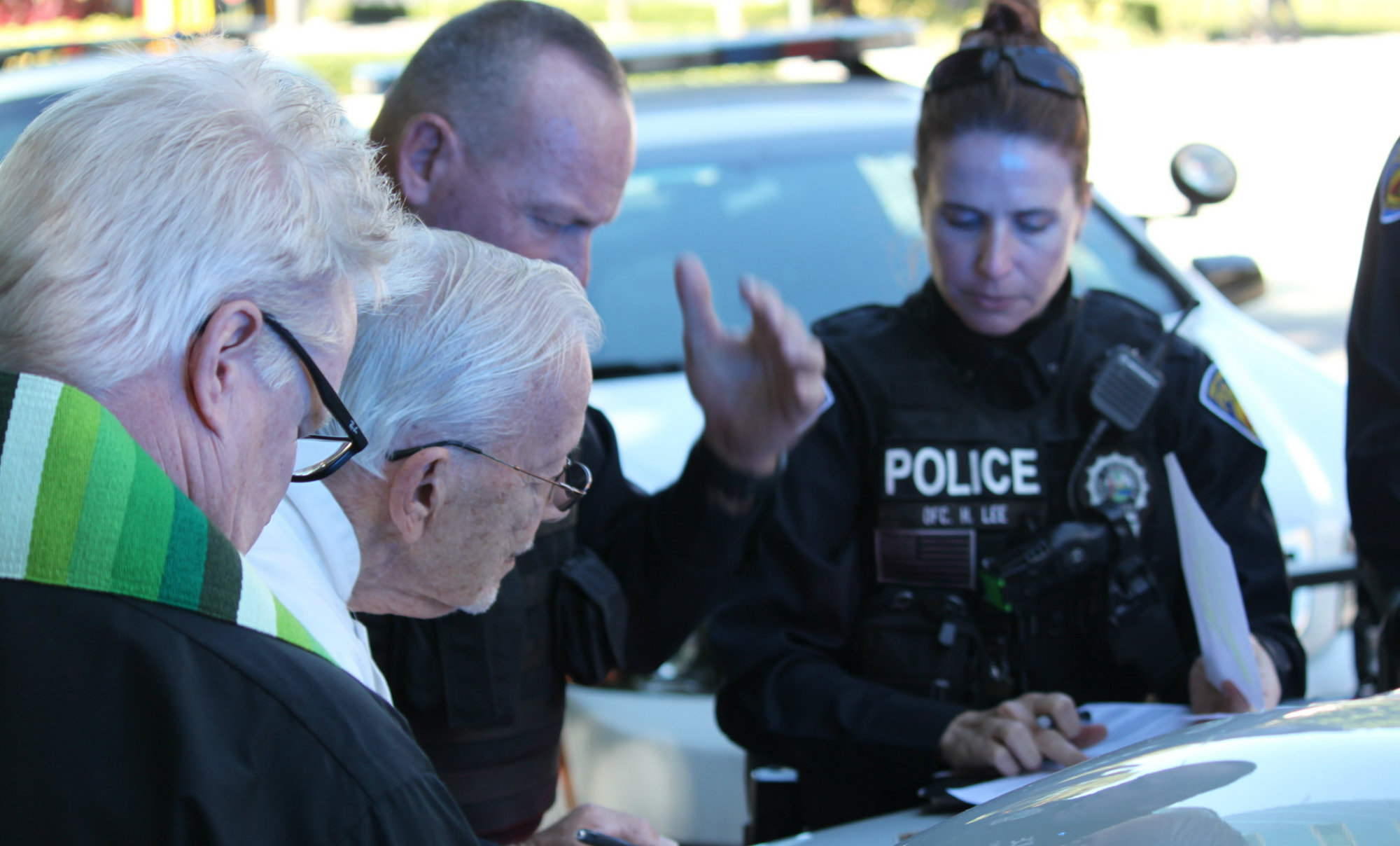 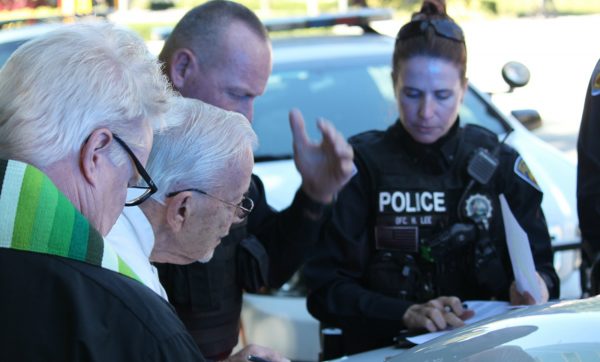 Police in Fort Lauderdale, Florida cited and threatened to arrest a 90-year-old man along with other volunteers for violating a new law that makes the sharing of food a criminal offense.

Video footage shows uniformed officers apprehending Arnold Abbott, who heads the group Love Thy Neighbor, as he and other volunteers handed out food to the homeless in Stranahan Park on Sunday.

“Drop that plate right now,” barks the cop before he leads Abbott away, where he is subsequently issued with a summons for a court date.

Abbott, along with Rev. Canon Mark Sims of St. Mary Magdalene Episcopal Church and Rev. Dwayne Black of the Sanctuary Church, face up to 60 days in jail for violating a controversial new city ordinance that bans the sharing of food, a law the city claims is necessary to to crack down on the area’s growing downtown homeless population.

Four police cars and six uniformed cops showed up at the weekly food sharing event to threaten Abbott and other volunteers with arrest if they continued dishing out food. The 90-year-old has been feeding the homeless for 23 years.

“We are simply trying to feed people who are hungry,” Sims told the Sun-Sentinel. “To criminalize that is contrary to everything that I stand for as a priest and as a person of faith.”

“I don’t think the city has a right to tell us we can’t feed the homeless,” the Rev. Dwayne Black told the Broward Palm Beach New Times. “This is breaking my Christian vows.”

90-year-old Abbott was defiant, saying he would refuse to back down despite facing jail time.

“I went through World War 2. I fought in the Civil Rights movement. This won’t stop us. All this did was move us to court earlier than we had planned,” he said.

Feeding the homeless is being criminalized all across America. A report released by the National Coalition for the Homeless last month found that 21 major cities have restricted sharing food with the homeless while 10 other cities are in the process of doing so. Founder Michael Stoops called the enactment of five ordinances criminalizing homelessness in less than six months in Fort Lauderdale “unprecedented”.

Watch a Local 10 video below about how Love Thy Neighbor is defying the controversial new law.