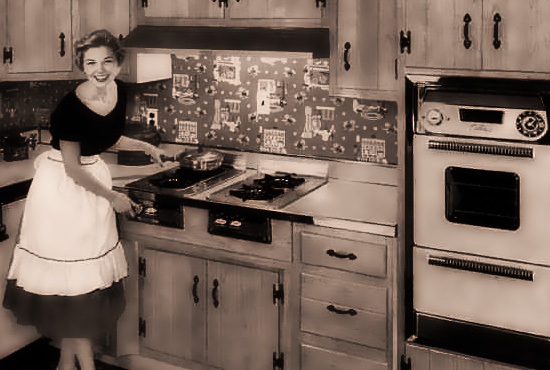 In a quest to get more American children enrolled at even younger ages into our , er, public schools, Obama recently made a pretty straightforward statement on Uncle Sam’s position regarding stay-at-home moms. Watch for yourself:

Speaking in Rhode Island on Halloween, Obama said, “Sometimes, someone, usually mom, leaves the workplace to stay home with the kids, which then leaves her earning a lower wage for the rest of her life as a result. And that’s not a choice we want Americans to make.”

“That’s not a choice we want Americans to make.”

Oh really? Shouldn’t it not be a choice women have to make?

And “we”? Who in the hell is “we”? Who cares what choice the government wants women to make in their personal/professional lives anyway? As a mom, I don’t consult King Obama and his band of merry morons every time I make a parenting decision, and frankly, I am scared of any parent who would.

Talk about flushing society down the toilet…because we all know how loving and nurturing public schools in this country are. Definitely a mom replacement there!

Obama and his administration have long been pushing longer hours of indoctrination for children, tossing around both longer public school days and completely doing away with summer vacation.

“Now, I know longer school days and school years are not wildly popular ideas. Not with Malia and Sasha, not in my family, and probably not in yours. But the challenges of a new century demand more time in the classroom,” Obama quipped in September 2009.

As previously reported, even New Jersey Governor Chris Christie has been talking about expanded school hours and instituting a school dinner program (because the crappy school lunch program Michelle Obama has been touting all over the place has been going over oh so well):

This agenda has obvious benefits for the State, whose metabolism is fueled by greater power and expanded mandates. There are also some pretty naked benefits for the many corporations which benefit from government contracts – including some pretty lucrative business in school lunch programs.

Daisy Luther of The Organic Prepper reported back in October about the latest trend in schools to ban students bringing their own brown-bagged lunches – unless they have a special recommendation from their doctor!

Why? Ostensibly it is to promote a “balanced and healthy diet” for the kids, of course.

But behind the veil, is more profit through a captive market – tens of millions of school children eat billions of dollars worth of school food every year.

Agricultural surplus – subsidized by the USDA-administered Farm Bill – is given to schools free of charge; contracting food suppliers, however, frequently make substantial profits by processing that food into derivative products…

The rest of that article has a pretty in-depth example of how our taxpayer-funded public schools provide big kickbacks to Big Ag corporations like Tyson Chicken, etc. through school food programs.

So less stay-at-home moms is a boon for the government agenda in multiple ways. It means more propaganda and indoctrination (and in the case of government preschools, at a younger age) with an added financial kickback to mega corporations.

Again, the idea, of course, is that more time spent in school is supposed to mean improved academic performance. But the more well-read and educated youth of our nation’s past didn’t have longer school years; they had a more substantial curriculum. Take a look at the case for The Deliberate Dumbing Down of America

, penned by former education department official Charlotte Thomson Iserbyt. It has loads of leaked documentation detailing the downfall of the education system in this country — info which won’t exactly motivate parents to want to send their children to these schools for even longer hours (if at all).

Beyond longer school days, though, the idea to break apart the family so both adult members of a household can be taxed instead of just one was initially a Rockefeller and CIA propaganda campaign to ultimately destabilize society. Where do you think the whole feminism movement, which relied heavily on propaganda via the media, to socially re-engineer (and thus control) women (and their role in the family and reproductive habits as well) came from in the first place?

Do a little research…it’s pretty sickening.

It isn’t shocking that the government does not value stay-at-home moms and their role in a child’s life and society in general. If anything about the establishment puppet-in-chief’s comments is shocking at all, it is the fact that he actually admitted the government’s position on camera.