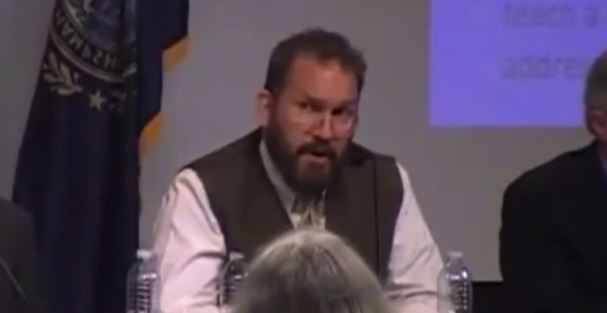 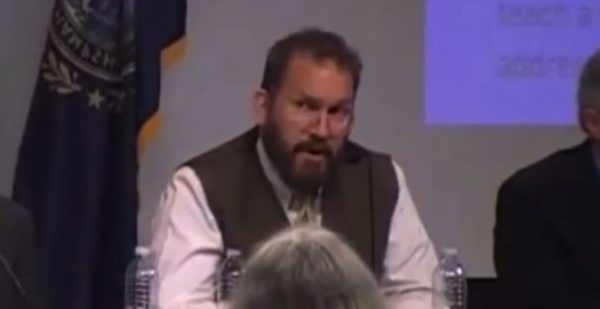 So what were his reasons? You are about to learn the motivation behind Common Core through one of its authors.

The truth is, not surprisingly to some, that Common Core is very racist and very political.

According to Dr. Pook, he helped write it to balance the scales because he and others are benefiting from some mythical ‘white privilege‘ that was not earned.

No, its not about uniform and effective educational standards that benefit our children.

This is about a leftist agenda and yet another shining example of the trainwreck called political correctness.

Dr. Pook’s startling admission is contained within the video below:

“The reason why I helped write the standards and the reason why I am here today is that as a white male in society I am given a lot of privilege that I didn’t earn.”

Pook’s role is documented at the pro-Common Core website, AchieveTheCore.com, which confirms that he “worked closely with Susan Pimentel and the Council of Chief State Officers in drafting the Core Standards for English Language Arts, and currently has several projects underway with Student Achievement Partners on work aligned with the CCSS.”

Ironically, as Campus Reform notes, the Derryfield School where Pook works does not use the Common Core State Standards and has a student body that is 91 percent white.

Common Core is not only about irrational and bizarre math problems as some might think. Make no mistake, this program is about indoctrinating our children into a leftist way of thinking which includes destructive ideas such as the embracing of Islam and normalizing sexual promiscuity.

Is it any wonder that states are rejecting and suing the federal government over Common Core?

CC is just another weapon in the leftist war on our children.