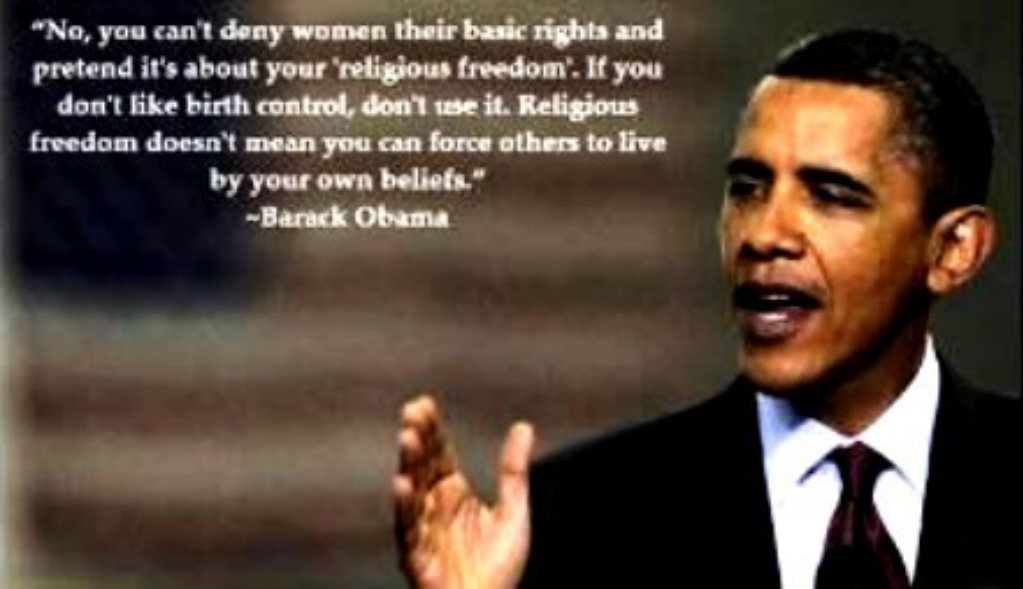 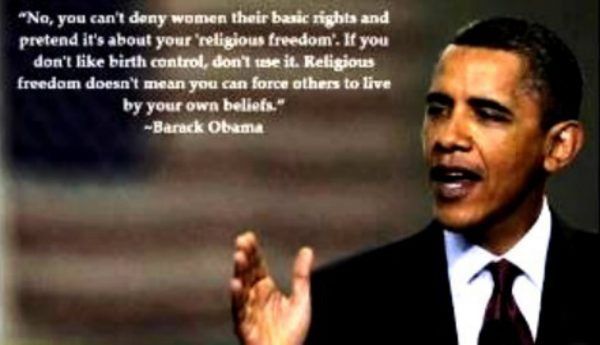 The Obamacare law has been battled in court numerous times and many victories have been won against the unconstitutional law. In a recent lawsuit filed by four Christian institutions represented by Alliance Defending Freedom, the plaintiffs have alleged that the employer mandate’s purpose in forcing them to pay for abortion and abortion-causing contraception “is to discriminate against religious organizations.”

One would think this issue would have already been settled after the ruling by the Supreme Court on the same issue concerning Hobby Lobby. They previously ruled that the federal government cannot force business owners to violate their conscience (faith) in order to provide abortion inducing drugs or abortions.

However, the Obama administration wasn’t going to give up. They have put forth another option that would provide abortifacients and abortion services without paperwork that would connect those transactions to the employer. This is the reason for the lawsuit because the employers are still being put into a situation where it’s nothing more than a shell game to get them to sell out to being involved in some form of abortion, only this time it’s “minus the paperwork.”

According to the lawsuit, “They believe that God has condemned the intentional destruction of innocent human life. They hold, as a matter of religious conviction that it would be sinful and immoral for them intentionally to participate in, pay for, facilitate, enable, or otherwise support access to abortion, which destroys human life.”

“They hold that one of the prohibitions of the Ten Commandments (‘thou shalt not murder’) precludes them from facilitating, assisting in, serving as the conduct for, or enabling the use of drugs and devices that can and do destroy very young human beings in the womb,” the lawsuit continues. “The health benefits they provide to their employees reflect these convictions.”

The lawsuit lists each of the plaintiffs in the case and their various roles in the communities and their moral principles they hold to under the teachings of the Bible. Additionally, it recounts the history of the Obamacare law, as well as the many defeats it has faced in the courtroom, despite the unlawful ruling of the Supreme Court that declared it to be constitutional.

WND’s Bob Unruh points out the reason by citing the lawsuit. He writes:

“The Final Mandate was promulgated by government officials, and supported by non-governmental organizations, who strongly oppose religious teachings and beliefs regarding marriage, family, and life,” the case states.

“Defendant [former HHS Secretary Kathleen] Sebelius, for example, has long been a staunch support of abortion rights and a vocal critic of religious teachings and beliefs regarding abortion and contraception,” the complaint continues. “On Oct. 4, 2011, six days after the comment period for the original Interim Final Rule ended, Defendant Sebelius gave a speech at a fundraiser for NARAL Pro-Choice America. She told the assembled crowd that ‘we are in a war.’

“She further criticized individuals and entities whose beliefs differed from those held by her and the others at the fundraiser, stating: ‘Wouldn’t you think that people who want to reduce the number of abortions would champion the cause of widely available, widely affordable contraceptive services? Not so much,'” the complaint states.

“On July 16, 2013, Secretary Sebelius further compared opponents of the Affordable Care Act generally to ‘people who opposed civil rights legislation in the 1960s,’ stating that upholding the Act requires the same action as was shown ‘in the fight against lynching and the fight for desegregation.'”

That attitude leads to the conclusion that the administration is intending to discriminate against religious organizations, the complaint says.

According to ADF Senior Counsel Gregory S. Baylor, “The government should not force religious organizations to be involved in providing abortion pills to their employees. The best way to respect everyone’s freedom would have been to extend the existing religious exemption to religious non-profits in addition to churches. The administration has failed in its duty to uphold the freedoms guaranteed to every American under the Constitution and federal law. These religious organizations had hoped to avoid this action, but the cause of religious conscience and liberty compelled them to take this step.”

ADF Senior Counsel Kevin Theriot added, “All Americans should oppose unjust laws that force people – under threat of punishment – to give up their fundamental freedoms in order to provide insurance. That’s no different for these Christian organizations, which simply want to abide by the very faith they espouse. The government is forbidden from punishing people of faith for making decisions consistent with that faith.”

In a recent case involving Ave Maria University, charging that Obamacare mandate is a violation of the faith on which the university operates, Judge James Moody Jr. said, “Defendants do not dispute that Ave Maria is a nonprofit Catholic university purposed with ‘educat[ing] students in the principles and truths of the Catholic faith.’ … One such element of the Catholic faith that Ave Maria holds and professes concerns the sanctity of life. Ave Maria ‘believes that each human being bears the image and likeness of God, and therefore any abortion – including through post-conception contraception – ends a human life and is a grave sin. Ave Maria also believes that sterilization and the use of contraception are morally wrong.'”

The judge rules that the Obama administration’s “accommodation” was not a solution that was satisfactory.

Of course, it’s not satisfactory. And yes, this is an attack on Christians. It is an unlawful attack by a criminal administration who only look to skirt, obfuscate and tear down the law to demoralize the people.

As for how the abortion pill mandate is doing in court, ADF has provided a scorecard in which it touts that it has successfully won 21 of the cases it has taken against the mandate. Additionally, there have been a total of 45 for-profit cases won in court and 35 non-profit cases won in court against the mandate. Only 5 cases have been lost. That battle is ours for the taking. The law is on our side America as evidenced in the August victory involving Louisiana College!

The Obama administration is a tyrannical administration that has its eyes set on the complete destruction of America and the Church of the Lord Jesus Christ. These groups are going on the offense though and instead of having pretended legislation used against them, they are applying the law against the criminals who are attacking them. May God continue to grant them, as well as those that represent them, grace in these battles.