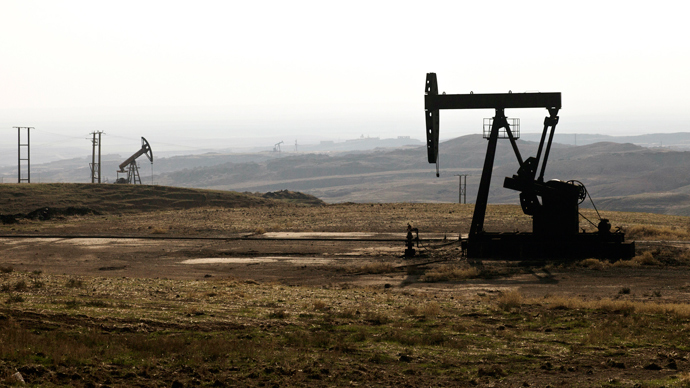 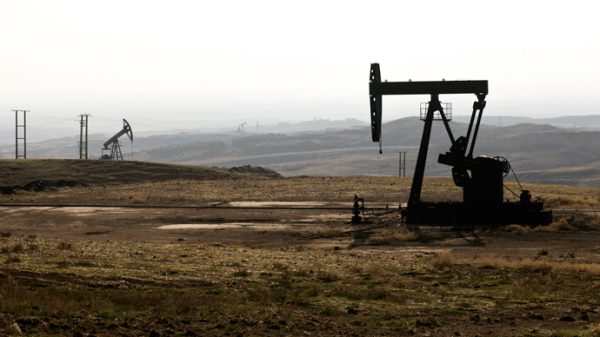 As I wrote in my article, “Big Oil, Qataris, Saudis Lick Lips As US ‘Fights ISIS’ By Bombing Syrian Pipelines,” the propaganda narrative regarding the Syrian crisis has now reached the level of total absurdity. It is now being reported by the mainstream media that the United States must bomb Syrian oil pipelines in order to defeat the ISIS threat that NATO itself created.

While logically fallacious, the rationale offered to the American public remains that ISIS is making millions of dollars per day via the sale of the oil taken from the fields in its possession on the black market to a number of different states.

Yet, while the U.S. media does not bother to explain just how ISIS manages to extract, refine, and ship the oil, or how it is able to procure deals, and complete their transactions outside of the knowledge of Western militaries, governments, and intelligence agencies to the tune of $2 million per day, these outlets do provide the solution – bomb the oil pipelines belonging to Bashar al-Assad.

Of course, while it is most likely true that ISIS is using their commandeered oil sites to support themselves on a number of fronts, and even attempting (with some success) to sell that oil, the idea that ISIS is somehow able to evade the most sophisticated monitoring network in the entire world during the process of obtaining, refining, selling, and delivering oil across the region is entirely unbelievable. Indeed, it is about as believable as the claim that ISIS was able to seize such large swaths of territory across Syria and Iraq without the knowledge of the United States and NATO until it was too late.

The trouble with this justification for destroying Syria’s oil pipelines, is that ISIS does not have the capability to use the pipelines to transfer oil. ISIS transports the stolen oil on the back of trucks, and sells it on the black market in Turkey.

This is admitted in the same Independent article that quoted Ms. Noyes. [Julieta Valls Noyes]

Isis has sold some of the fuel from seized facilities back to the Damascus regime through local deals, while shipments had been sent into Turkey for the black market, with the Erdogan government accused of turning a blind eye to the illicit transactions.

If the US truly intended to stop ISIS oil profits, they would bomb these oil convoys, which are easily spotted via conventional surveillance flights already allegedly taking place as part of ongoing Western operations. The US agenda behind destroying Syria’s pipelines has very little to do with ISIS oil profits, and far more to do with destroying Syria’s oil infrastructure.

Susli also points out the questionable nature of the claims suggesting that ISIS is making millions of dollars worth of profits in the oil industry when she writes,

In fact, the statistic that ISIS is making 2 million dollars a day from the sale of crude oil is an estimate from a single consulting company (IHS) based in Colorado in the United States. The US administration is choosing to quote this as if it were without a shred of doubt. It’s far more likely that the scale of the profits has been overblown to deflect from the fact that ISIS is receiving funding from state actors such as Turkey, Qatar and other Persian Gulf states, while at the same time providing an excuse to target Syrian infrastructure.

Indeed, it cannot be forgotten that, among the countries listed as hosting ISIS customers by mainstream outlets like CNN, Turkey and Jordan are at the top of the list, both close American allies and one a member of NATO. Even more interesting is the fact that ISIS has also allegedly sold “black market” oil to buyers in a number of EU member states.

Still, this newly-formed ISIS oil company is now claimed to be one of the US’ “primary concerns” by the Deputy Assistant Secretary for European and Eurasian affairs, Julieta Valls Noyes, during her recent trip to London. As usual, the U.S. response to its “concerns” involves the “possibility of airstrikes.”

Of course, having crossed the boundaries of sanity and logic a long time ago, the United States and its media mouthpieces are now pushing the fantasy that Bashar Al-Assad is one of the buyers of ISIS oil.

In other words, NATO and the U.S. in particular are trying to convince the general public that Bashar al-Assad, who has been fighting ISIS and related terror organizations for at least 4 years, is now buying oil from ISIS in order to fight ISIS. Therefore, according to the American government, the U.S. must fight ISIS by blowing up the oil pipelines that rightfully belong to Assad so ISIS does not fund itself by selling oil to Assad.

Of course, this is not merely staggering logic. It is a lie. It is nothing more than a cover to mask the true nature of the funding of ISIS and other takfiri militants operating in Iraq and Syria, namely that the funding is coming from the United States, NATO, and the GCC. Like the ridiculous claims that ISIS was funding itself entirely through secretive private Twitter donations, the “oil sales” argument is one that should be taken with a healthy dose of salt. After all, mainstream outlets are also asserting that ISIS is selling some of this oil to the Syrian government, a lose-win-lose situation for both sides and a rather poor attempt to portray Assad as an ally of ISIS.

In reality, it should always be remembered that ISIS is entirely a creation of the West and that it remains fundamentally under the control of NATO and the GCC.

Another relevant piece of the puzzle that must be kept in mind is the coveted Qatari oil pipeline desired by both Qatar and the United States. This pipeline would run up from Qatar through Saudi Arabia, Jordan, Syria, and Turkey and, from there, on to the rest of Europe. The establishment of this pipeline would have provided for a much-needed backup plan for Europe that is currently dependent on Russia for much of its supply. Remember, it was in 2009 that Assad nixed the plan for the development of this pipeline.

In lieu of the Qatari deal, Assad began negotiating a deal with Iran that would have seen a pipeline built across Iraq and Syria that also would have provided gas to Europe.

As Nafeez Ahmed wrote for The Guardian in 2013,

The Iran-Iraq-Syria pipeline plan was a “direct slap in the face” to Qatar’s plans. No wonder Saudi Prince Bandar bin Sultan, in a failed attempt to bribe Russia to switch sides, told President Vladmir Putin that “whatever regime comes after” Assad, it will be “completely” in Saudi Arabia’s hands and will “not sign any agreement allowing any Gulf country to transport its gas across Syria to Europe and compete with Russian gas exports”, according to diplomatic sources. When Putin refused, the Prince vowed military action.

With this in mind, one can clearly see the incentive that Western governments would have in the destruction not only of the potential Iran-Iraq-Syria oil/gas pipeline but also of the existing oil and gas pipeline infrastructure that currently exists. A bombing of Syria’s oil pipelines would subsequently allow the Qataris to rebuild the infrastructure that its allies destroyed and, as a result, weaken Russia even further on the geopolitical grand chessboard.

Lastly, it should not be forgotten that the destruction of Syria’s oil and gas infrastructure weakens the Syrian government’s forces. Remember, in instances where the United States has bombed Syrian oil refineries so far, SAA forces were poised to move in to retake control of the oil refineries managed by terrorists funded by Western powers, but the United States initiated airstrikes just in the nick of time to deprive SAA forces of the opportunity to seize some of the oil refinery infrastructure it desperately needs.

It is also important to note that virtually none of the infrastructure being destroyed by the United States airstrikes was built by ISIS. It was built by the Syrian government. The reality of the bombing campaign is that the United States and its allies are destroying important regions of Syria and leaving nothing of real value for the Syrian military to retake after its long-fought battles against ISIS.

Susli, writing for New Eastern Outlook, says as much when she writes that,

Earlier last month the US-led airstrikes on Syria and Iraq supposedly destroyed small oil refineries in Raqqa. No effort was made to prove whether or not ISIS was in fact capable of using Syria’s oil refineries. In fact the same consulting company which the US administration is quoting about ISIS oil profits (IHS), states that ISIS is selling unrefined crude oil. The IHS adds the caveat that this estimate was made before ‘US airstrikes’ eluding to the notion that US airstrikes have had an effect on ISIS oil profits. However, the Britain based pro-insurgency Syrian Observatory for Human Rights, which was the West establishment-run media’s most reliable source years into the Syrian crisis, said that the oil refineries were not real targets and were not being used by ISIS.

These so-called refineries are not a real target and they do not weaken the Islamic State as they do not have any financial value for them,” Rami Abdel Rahman of the Observatory told Reuters. “They are composed of trucks with equipment to separate diesel and petrol used by civilians.

This was particularly the case in Dayr el Zor, where the SAA had previously launched a major offensive against the death squads causing ISIS fighters to be trapped by aerial bombardment and escape routes cut off by the SAA. In other words, the death squads were trapped in Dayr el Zor, the city was weeks away from being liberated, and the surrounding areas were set to be reconquered by the SAA. This, of course, would have led directly to the retaking of the oil refineries by the Syrian government. Unfortunately, that opportunity has now been lost as a result of the U.S. airstrikes which destroyed the refinery infrastructure.

In the end, the latest claims presenting ISIS as impenetrable in its secrecy and daunting in its war and financial strategy is nothing more than pure propaganda. It is nothing more than a justification designed to goad the American people into continued complacency in the face of further US military intervention in Syria and the open assault on the Syrian government. Unfortunately, this has become a task which is far too easy.