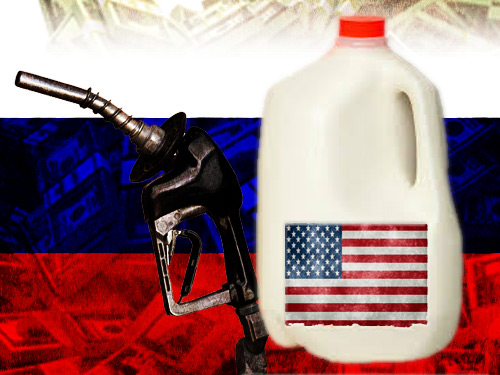 You’ve probably had more than one sigh of relief at the gas pumps lately here in America. Gas is averaging under $3 a gallon across the nation. In some places, it’s under $2.50. Gas prices haven’t been this low in nearly half a decade.

The national average price of gasoline fell 33 cents to end October at $3 a gallon and dipped Saturday to $2.995, according to AAA. That marks the first time in four years that gas has been cheaper than $3 a gallon.

When the national average crossed above $3 a gallon in December of 2010, drivers weren’t sure they’d ever see $2.99 again. Global demand for oil and gasoline was rising as people in developing countries bought cars by the tens of millions and turmoil was brewing in the oil-rich Middle East.

Now demand isn’t rising as fast as expected, drillers have learned to tap vast new sources of oil, particularly in the U.S., and crude continues to flow out of the Middle East. (source)

So is that a good thing or a bad thing?

Back during the 2012 elections, in a debate against Mitt Romney, Obama claimed that falling gas prices signaled the verge of economic collapse.

Romney had just pointed out that when Obama took office, gas was $1.86 a gallon versus the $4.00 a gallon it was during the debate. Obama’s reply?

Well, think about what the governor — think about what the governor just said. He said when I took office, the price of gasoline was $1.80, $1.86. Why is that? Because the economy was on the verge of collapse, because we were about to go through the worst recession since the Great Depression, as a consequence of some of the same policies that Governor Romney’s now promoting. So, it’s conceivable that Governor Romney could bring down gas prices because with his policies, we might be back in that same mess. (source)

So in other words if we take Obama’s interpretation,  low and dropping gas prices are meant to signal a shaky economy on the edge of oblivion.

With the current gas price drop, the same has been suggested. The blog Our Finite World asked the question whether or not low prices at the pump are a sign of a global debt bubble collapse:

I would argue that falling commodity prices are bad news. It likely means that the debt bubble which has been holding up the world economy for a very long time–since World War II, at least–is failing to expand sufficiently. If the debt bubble collapses, we will be in huge difficulty…

But another argument was recently put forth by Op-Ed Columnist Thomas L. Friedman in The New York Times: a pump war with Russia.

Is it just my imagination or is there a global oil war underway pitting the United States and Saudi Arabia on one side against Russia and Iran on the other? One can’t say for sure whether the American-Saudi oil alliance is deliberate or a coincidence of interests, but, if it is explicit, then clearly we’re trying to do to President Vladimir Putin of Russia and Iran’s supreme leader, Ayatollah Ali Khamenei, exactly what the Americans and Saudis did to the last leaders of the Soviet Union: pump them to death — bankrupt them by bringing down the price of oil to levels below what both Moscow and Tehran need to finance their budgets.

Think about this: four oil producers — Libya, Iraq, Nigeria and Syria — are in turmoil today, and Iran is hobbled by sanctions. Ten years ago, such news would have sent oil prices soaring. But today, the opposite is happening. Global crude oil prices have been falling for weeks, now resting around $88 — after a long stretch at $105 to $110 a barrel.

The price drop is the result of economic slowdowns in Europe and China, combined with the United States becoming one of the world’s biggest oil producers — thanks to new technologies enabling the extraction of large amounts of “tight oil” from shale — combined with America starting to make exceptions and allowing some of its newfound oil products to be exported, combined with Saudi Arabia refusing to cut back its production to keep prices higher, but choosing instead to maintain its market share against other OPEC producers. The net result has been to make life difficult for Russia and Iran, at a time when Saudi Arabia and America are confronting both of them in a proxy war in Syria. This is business, but it also has the feel of war by other means: oil.

And, as Friedman goes on to say, the Russians have noticed because the West is using the same old playbook on this one. The steep decline in oil prices is no accident. It’s engineered. As anyone who has studied history or lived through the 1970s energy crisis hatched at Bilderberg by Henry Kissinger and Co. knows, oil prices can be raised or lowered with the snap of the right people’s fingers.

So right now, things are temporarily good as the Wall Street Journal points out:

“It’s like a tax cut that consumers can use to eat out more often, buy more goods or help save for a new home,” he said.

The savings isn’t “a huge boost to GDP, but it’s a positive for U.S. corporates and makers of goods and services,” Mr. Ryan added. Tom Kloza, chief oil analyst for Gasbuddy.com, said the typical American family is saving about $50 a month based on the decline since June.

The question is, what will be waiting on the other side when gas prices start to go back up? How much will we end up paying in the long run for this brief respite at the pumps as we continue to live through the resurgence of the Cold War?