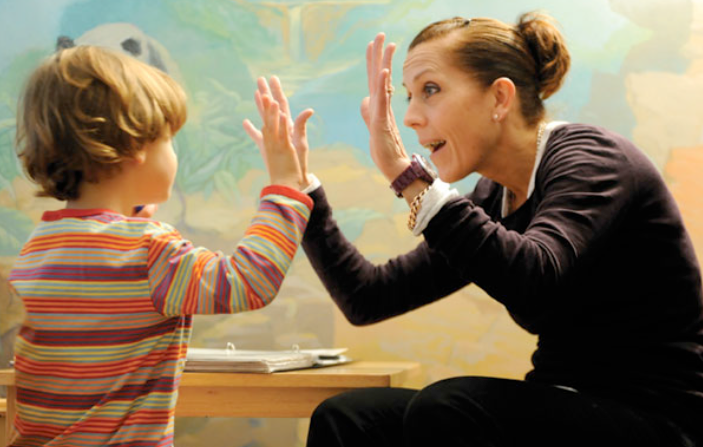 Dr. William Thompson, Senior Scientist with the Centers for Disease Control, publicly admitted in August 2014 that the CDC covered up data linking the MMR vaccine to Autism in 1998. Since then nothing at all has been done; children are still lining up to play Russian Roulette with ‘shots’ of Autism.

New evidence, shown in link just below, presents even more convincing and damning revelations that the CDC, FDA, NIH, Planned Parenthood and likely other United Nations cover operations are purposefully maiming and killing our children.

The article entitled “Finally the Truth: Study Links Autism to Vaccines of “Aborted Babies” Cells”, announces a study showing “increases in Autism rates directly linked to the introduction of vaccines manufactured using human fetal cells from aborted babies. ” The study, published in the September 2014 in the Journal of Public Health and Epidemiology, “was designed to analyze whether or not the environment factor of fetal cells could be connected with the rise in Autism.”

The actual study is located here.

According to the study “Researchers identified three specific change points in the U.S. between 1970 and 2002, following the approval in 1979 of the MMR II and Varivax Chickenpox vaccines, which used the fetal cell line WI-38, instead of animal-based cells. The Late 1980 study by the EPA confirmed one of the change points in which the incidence of Autism rose significantly in the U.S. as well as points in other countries. Each of these points corresponds to the times that a vaccine containing DNA from aborted babies was added to the recommended vaccine schedule.” [emphasis added] IBID

Worse yet “Not only are the human fetal contaminated vaccines associated with autistic disorder throughout the World but also with epidemic childhood leukemia and lymphomas.” IBID

With more and more babies being aborted, the irony of rising Autism rates, rising in direct proportion to “the increasing numbers of human fetal manufactured vaccines which have been added to the US immunization guidelines”, should be interpreted as a wake-up call to those thinking nature will not push back against anti-life activities.

NO ONE will stand up for your children except you; The government is not on your side and will not stop harming the children, the economics of the vaccine deception are enormous. The vaccine industrial cartel is an integrated, well funded, viper prepared to do just about anything to continue the insurance covered vaccine cash cow.

The state of West Virginia has been notified and the above information is in the public domain and yet NO ACTION AT ALL has been taken to stop the forced maiming and possible death.

No standard waiver is available at all and medical waivers are difficult and many times impossible to get and politically motivated instead of a matter of policy, local health departments have the final say.

Even providing evidence of likely allergic reaction to a vaccine is not sufficient for the State and local health departments to “grant” a vaccine waiver to a child.

By the time a child is 18 months old he or she will have received on average:

Up to 4 doses of the Hepatitis B Vaccine

And it has been shown infant mortality increases with the number of vaccine doses given; children in the United States are forced to endure 38 doses of vaccines by the age of 18 months. – IBID

Additionally, vaccines are related to increases in autoimmune diseases, IQ decreases and cancer. Toxins, like formaldehyde are used in vaccines and “linked to several types of cancers, including Leukemia. Formaldehyde has been used in the Anthrax vaccine, DT, DTaP, Hib, HPV, Hep A, Hep B, Influenza, Meningitis, Polio, and more. Many of these vaccines are administered to children, and schools won’t allow your children to attend classes unless they’ve received them. 25 of the 53 vaccines listed by the CDC have this known carcinogen in them.” (Source)

Additionally, other brain damaging ingredients like aluminum are used in DTaP and other vaccines and the once ubiquitous thimerosal (mercury), is still damaging brains in the flu vaccine.

Have all these vaccines improved the health and well being of our children?

According to Dr. Mercola at mercola.com:

During the past 30 years, the number of vaccinations our children receive has tripled, and during that same period of time, the number of children with learning disabilities, ADHD, asthma and diabetes has also more than tripled!

More than twice as many children have chronic brain and immune system dysfunction today than they did in the 1970s when half as many vaccines were given to children.

Mercola’s article is dated 2010 and in his study he found the Autism rate to be 1 in 110 children; 4 years later the rate has nearly doubled to approximately 1 in 68, according to known liars at the CDC, and as high as 1 in 50 by other researchers. (Source)

Isn’t it time this stops?

Its all about the money according to a report from 2010 entitled “Pipeline and Commercial Insight: Pediatric and Adolescent Vaccines,” written by vaccine analyst Hedwig Kresse: “the pediatric and adolescent vaccine market will quadruple from approximately $4.3 billion in 2006, to over $16 billion by 2016, across the US, the EU-five including France, Germany, Italy, Spain, and the UK, and Japan.” (Source)

Other researchers estimate the market for vaccines to be $40 billion in 2015. (Source)

How much is spent in West Virginia, to continue being the worst State in the United States for obtaining a waiver, is yet unknown.

Childhood is a time when adults have the responsibility to protect their children, America’s future, from predators of all kinds. It is a time for children to play and feel healthy and safe. Children need their parents and moral members of public child advocacy groups and officials to stand up against harm being done to children.

Criminal governments with financial ties to big pharmaceutical companies are no less a predator. Medical tyranny operates under the cover of pretended authority and moral superiority sold with saccharine pseudo concern for the welfare of Citizens.

Vaccines are at the center of a growing lucrative and enslaving medical tyranny damaging the lives of children and adults every day; vaccine pushing is reaching levels of insanity as States, workplaces, schools and other ‘authorities’ insinuate themselves as the decider of issues for which none have any liability when the decision goes bad. Expect Ebola to be used for the next level attack on Americans with vaccines.

Parents and individuals own their own body; the body is a personal temple and its contents are the intellectual and physical property of the owner.

It is time for all parents and anyone concerned about America’s future to stand up to tyrants, misanthropes, psychopaths and rapacious robber barons sucking the last nickle from a bankrupt society by forcing, through fear hysteria and false claims of efficacy, and soon likely the barrel of a gun, deadly and sickening, long ago debunked, vaccines on the population.

Jack Mullen has been a businessman for more than 25 years, owning 3 radio stations, several technology based companies and a resource development company.