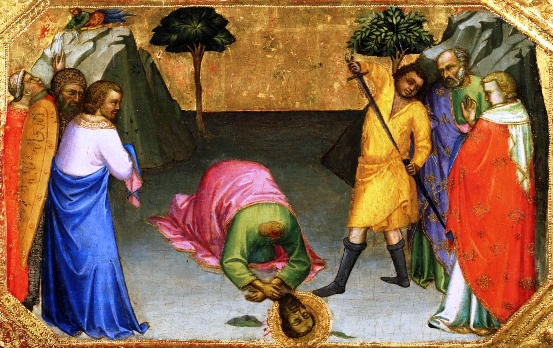 “I consider everything a loss because of the surpassing worth of knowing Christ Jesus my Lord, for whose sake I have lost all things”—Philippians 3:8

When St. Paul wrote the above in his letter to the Christians of Philippi, he and the early church were being persecuted (Paul was eventually executed in Rome).  While today’s Western Christians still quote his words in the context of their daily struggles, an increasing number of Christians around the world, especially the Muslim world, are  still literally losing absolutely everything for their faith.

In Christian-majority Uganda, matters have gone from bad to worse to murderous. The plight of Hassan Muwanguzi, for instance, a Muslim convert to Christianity—whose initial sacrifices are recorded in Crucified Again: Exposing Islam’s New War on Christians (page 131)—far from abating, has only gotten worse.

After earning a university degree in Islamic law and then, in 2003, when he was in his early 20s, converting to Christianity, his family immediately threw him out of their home. “Enraged Muslims” beat him. Later that same year, his wife left him and he lost his job as a teacher at Nankodo Islamic School, near Pallisa.

This was just the beginning.  Picking up the pieces of his life and moving on, he eventually opened a Christian school, Grace International Nursery and Primary School, near Muslim-majority Mbale.  Accordingly, “The Muslims have tried to use all kinds of threats to make me close the school—first they used witchcraft,” said Hassan. “This did not work, so then they tried to discourage Muslims from bringing their children to the school, saying that the school was converting Muslim children to Christianity by teaching Christian Religious Education.”

When all else failed, in 2011 an Islamic teacher, Sheikh Hassan Abdalla, filed a false charge claiming that Hassan had “defiled” the sheikh’s young daughter. Together with his fellow Muslim countrymen, the Islamic cleric filed a case at the chief magistrate’s court.  Hassan was subsequently arrested and incarcerated for three weeks.

But because Sheikh Abdalla, his accuser, repeatedly failed to appear in court to testify, Hassan was released.  In his words:  “The judge found out it was a false accusation, hence the case was dropped.  I had been subjected to humiliation, but I forgave them for the sake of my Christian outreach in the area.”

The next Islamic attack came a few months after Hassan was acquitted.  First, the owner of the land where Hassan had built his Christian school denied ever having sold it, leading to a court order to close down the school in May, 2012, incurring great losses for Hassan.   The month after, in June, the Christian convert’s home was burnt down by three Muslims:

I and my family escaped from the house by grace, but if it had not been so, then by now we would be no more….  This attack was mobilized by Muslim sheikhs, imams and family members after hearing that I had converted to Christianity after studying and completing university with a degree in Islamic law.

Less than a year later, on March 31, 2013, Hassan was hospitalized in Mbale after an aunt who had called a “family gathering” slipped some insecticide in his tea.  According to Hassan:

After eating and taking tea, I started feeling stomachache, then I realized that she was the one responsible for it—and I believe she did not do it alone, since they have been hunting for me directly and indirectly, because when I left them and converted to Christianity it pained them so much….  The reason they want to kill me is very clear—it is because of being a convert to Christianity; above all, to them it is like I brought shame by converting, as a [former] sheikh. But to God the Almighty Father, this was His plan for me to expand His Kingdom.

According to the doctor who treated him, when Hassan arrived at the hospital, he had already vomited, “looked confused with slurred speech” and his “vision was getting very poor,” so that “he could not even recognize the friend who brought him in.”

During the family meeting, when he first began to feel ill, he telephoned a local Christian leader who advised him to leave secretly: “I knew if he were to mention to them that he was getting sick, they would harm him more,” said Bishop Kinyewa.

Now, most recently, on June 16, 2014, four Muslim men barged into his home with one shouting, “Today we shall kill you—you have been a trouble-maker and are not respecting our prophet’s religion.”  The “apostate” fled into a room, thinking they would not hurt his young daughter, Grace Baruka.  But then he heard the 12-year-old girl’s cries, as the Muslim invaders were strangling her.

When he came out of the room they seized him:  “They hit me with a blunt object, and I fell down.  I just woke up and saw neighbors surrounding me while wailing, saying that my daughter is in critical condition.”  Neighbors took Grace to a clinic but she was declared dead upon arrival.  “I am regretting why I survived the poisoning,” said Hassan.  God could have allowed me to die. My daughter has died, and I am now mourning for her death as well [as] have pain all over my body.”

While Hassan’s ongoing experience with the relentless “Hound of Jihad” speaks for itself, the reality is that countless Christians around the world—both Muslim converts and born Christians—are quietly “losing everything” at the hands of Muslims, whether family members, “local Muslims,” Islamic regimes and courts, or Islamic terrorist organizations.

According to a human rights activist who recently visited the Christians fleeing the Islamic State’s advance into Mosul, “People are severely traumatized: they have lost everything. Often they are fleeing for the second, third or even fourth time.”  One Iraqi Christian man, lamenting his ongoing struggles and sounding like Hassan, told her: “Sometimes I wish my parents had never brought me into the world.”

Last week a pregnant Christian mother of four and her husband, falsely accused of burning pages of the Koran, were beaten by a Muslim mob and throw into a kiln, a fiery oven at a brick factory, where they were roasted alive; and the world recalls the plight of Meriam Ibrahim, another Christian wife and mother who, while also pregnant, was imprisoned in Sudan and sentenced to receive 100 lashes followed by execution on the charge of apostatizing from Muhammad’s religion.  Although she has been freed, Pastor Saeed Abedini, an American, is still being held in prison in Iran for apostasy and practicing his Christian faith. His case was apparently not even raised by the Americans negotiating with Iran on its nuclear weapons program.

As tragic as the story of Uganda’s Hassan Muwanguzi is, he is only one of countless Christians and other minorities living under, and losing everything to, Islam.