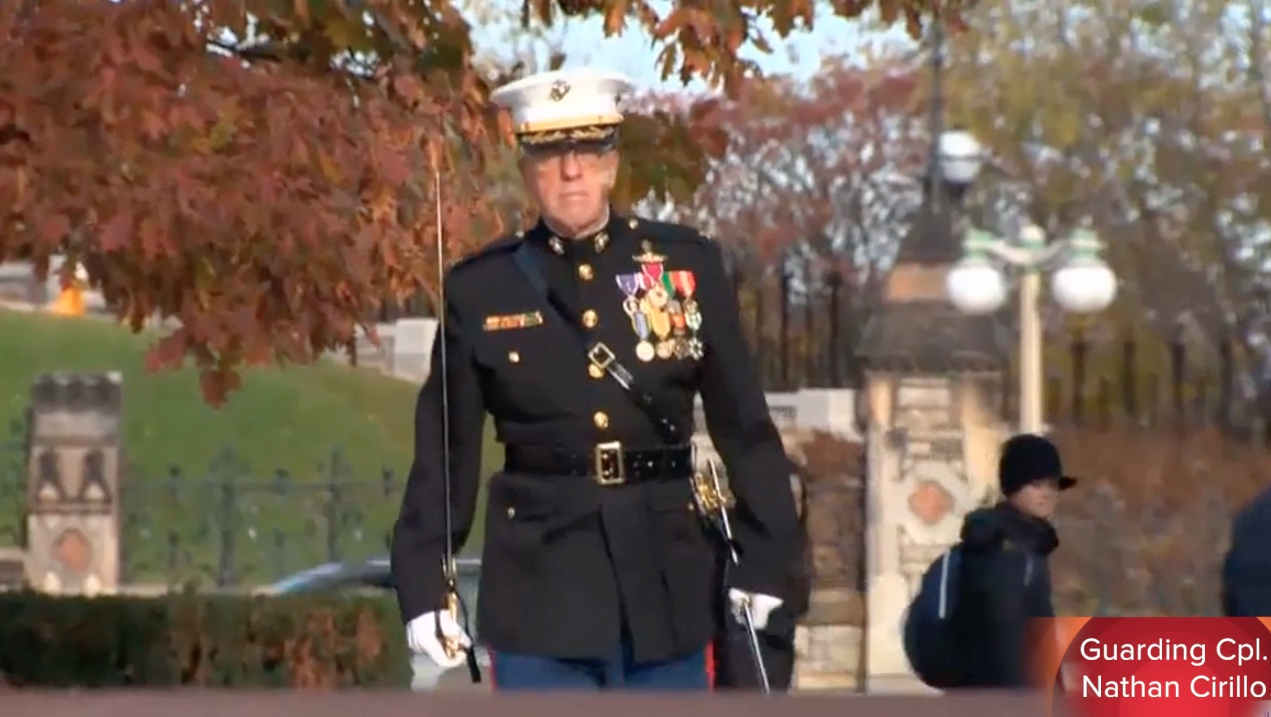 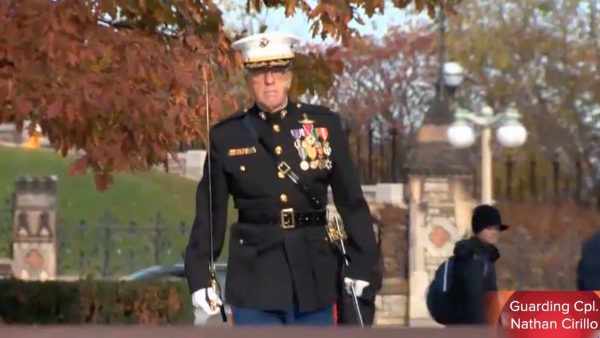 “The murder of the young Cpl. Cirillo was so despicable and craven that I just couldn’t find it within myself to do nothing,” said Sinke, who has a Canadian-American dual citizenship and is the author of several books, including When None Of Their Dreams Are Dead.

Sinke received many death threats by phone that were in Arabic.

“The only words I recognized were ‘kill you,’ because I’ve heard them before,” he said.

His spirit was captured in one of his responses to a jihadist on the other end of the phone. “Hey, you’re looking for a target, here’s a new one for you; give it your best shot; we’ll see how it works out for you.” He said.

Arriving at the memorial on October 31 at 6am, he stood guard alone at the war memorial until he was joined at 9am by Canadian police and the Canadian honor guard.

The Canadians were heralding Sinke as a hero. Just look at some of these tweets.

Amazing sight in #Ottawa today: @USMC US Marine joined our sentries in mounting a guard over Canada’s War Memorial. pic.twitter.com/UPw2gjmhBK

With the utmost Rest and Gratitude, Thank You Sir…. http://t.co/za0caItjyb

Then, actor, Tech advisor and tactical contractor and instructor Craig Sawyer tweeted out this little gem.

Some questioned whether or not Sinke was a real Marine. The website GuardianOfValor.com proceeded to present Sinke’s records and said, “This man is a true American and Canadian Hero, we salute you Sir and the stand you are taking!” The group released a statement, which read in part:

“…We did some digging and reached out to our contacts to find out more about Major Sinke, and we can tell you that not only did this man serve as a Marine, he was a highly decorated Marine! He is taking a stand for what he believes is right, and yes he has five Purple Hearts.”

In response to one person that wrote Sinke saying that he had more intestinal fortitude than brains, he answered, “Well actually, sir, I was kind of hoping that one of those scum-of-the-earth radicals would show up and take me on because, to tell you the truth, I have always dreamed of being able to confront an evil-doer and run him through with this damn sword.”

Islamists are scared to death of this kind of spirit, one that resists them and their death cult. They tremble at the actions of Major Sinke and the words of men like Nick Powers, who warned ISIS is they “attack us…there will be no mercy.”

The Islamists do not understand the American nor the Christian resolve to see their misogynistic, pedophilia-driven, demonic death cult stomped into the sand under camel’s dung. Well done Major Sinke, well done!