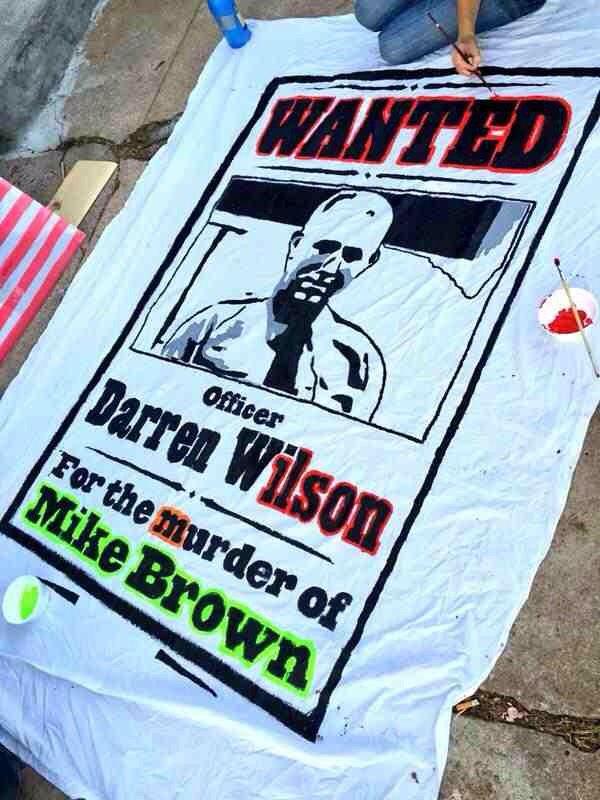 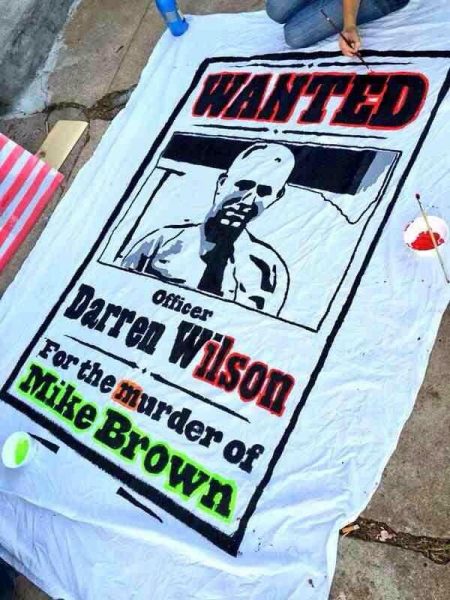 As circumstances in Ferguson, Missouri appear destined to deteriorate again, it has been made apparent that the community of this St. Louis suburb has become ground zero for a caliphate of racist militant insurgents erroneously exploiting the August 9th, 2014 shooting death of Fergusonite Michael Brown. A black man killed by Ferguson police officer Darren Wilson after Brown initiated a brutal assault against officer Wilson and attempted to seize Wilson’s firearm in the course of his attack. The subsequent series of events which followed have been replete with wanton acts of violence, destruction & threats promising more violence and destruction by people described by sympathetic media sources as ‘protesters’, but who over these intervening months have shown themselves by their own deliberate conduct to be anything but. Now after a lengthy series of sundry headlines over the past several weeks and months covering a wide range of details and insights into this sordid tale, the latest to take its place among them involves a black revolutionary group having now allegedly placed a ‘bounty’ starting at five thousand dollars on police officer Darren Wilson’s head. 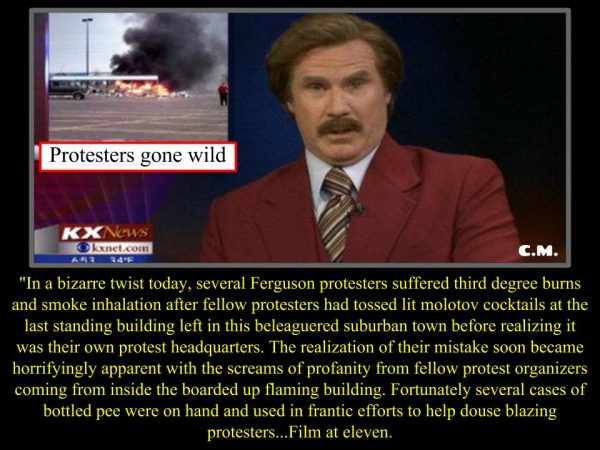 In an excerpt from a related article posted at The Gateway Pundit, this revolutionary group refers to themselves as RbG Black Rebels and in their own words describe themselves thus:

In this article Uhuru is described as being ‘a very radical black power movement in the United States‘.

This takes me back almost three years ago to a similar and equally publicized event involving the shooting death of a black youth named Trayvon Martin by the ‘white Hispanic’ George Zimmerman when Martin had initiated an attack on Zimmerman. In the weeks following Martin’s shooting, as we had Attorney General Eric Holder mobilizing an obscure unit of his Department of Justice to fund and organize Trayvon Martin rallies and protests against Zimmerman, the New Black Panther Party was busy doing their part for the cause by taking justice into their own hands in issuing a ten thousand dollar bounty on the hapless Zimmerman. I’m sure these New Black Panthers were undoubtedly motivated by an abiding sense of civic mindedness, but isn’t it ironic that no accountability (at least none that I’m aware of) was ever attempted against these lawless transgressors by any law enforcement agency. You have to wonder (given his own established radicals history) if Holder himself hadn’t played a clandestine role in prohibiting any legal action being brought against this group of racist sociopaths.

This makes me think of media pundits I’ve heard opine from time to time in recent years asking whether or not race relations in our country have improved under America’s first black president. I’d have to point their attention to Ferguson, Missouri if they really want a definitive answer to such a facetious question. Say hello to more of that fundamental transformation from all that ‘hope and change‘ Obama promised us.

I mean think about it. Just a few years ago we had black radicals posting bounties on civilians only. Three years later with Obama and his fellow race merchants unabating divisiveness and chronic community agitating, NOW we have black radicals emboldened to the point where they feel confident enough to actually post a bounty on and threaten the life of a law enforcement officer. It would just be nice for a change if these discordant black militants are so Hell bent on turning our country into a seething cauldron of racial enmity and hatred, that they at least quit canonizing worthless thug’s to do it with.

However, this entire orchestrated fiasco went beyond ridiculous once the first business in Ferguson had been looted and burnt to the ground. These terrorists running amok there have been making nothing but one demand after another, upon threats of violence if they don’t get their way. I’d like to make a demand:

LAW ENFORCEMENT DO YOUR DAMN JOB AND EITHER ARREST OR KILL THESE RACIST, NIHILIST THUGS AND PUT AN END TO THIS BULLSHIT! 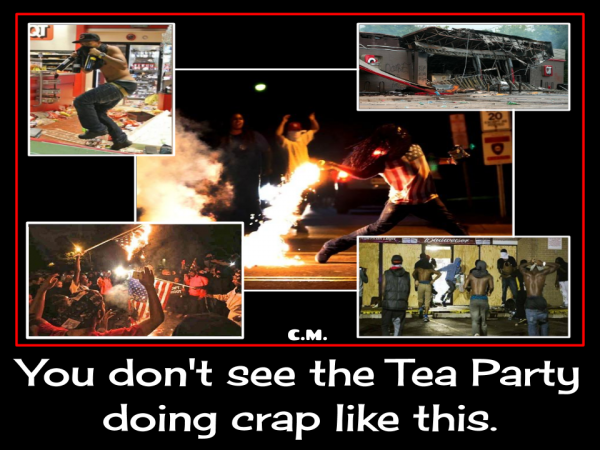