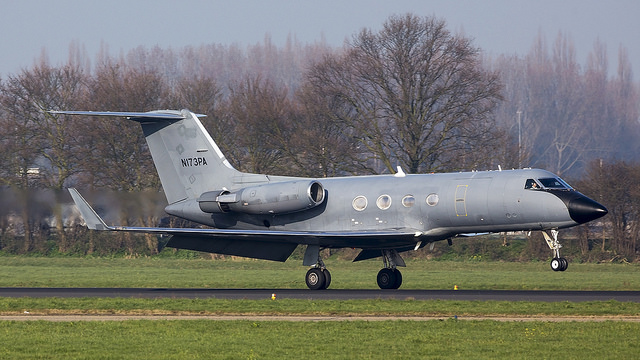 You won’t likely find this story on Fox News or CNN but it could be a critical warning of what is coming.

There are overwhelming suspicions that an African Ebola patient landed at 11:59 PM Sunday Night near Atlanta. This might signal the start of things to come with Barack Hussein Obama making Ebola patients one of our chief imports.

For those who have been following the Ebola story, you surely understand that the real story might be the plans and policies in place that will assure Ebola eventually gains a foothold in America. Not only is Obama refusing to ban flights to and from Ebola hot zones, the administration has admitted that it plans to bring non-American Ebola patients here for treatment.

A few days later Congressman Louie Gohmert (R-Texas) told Sean Hannity that he believed Obama had cut a deal with African leaders to bring Ebola patients here for treatment. He predicted that Americans would find out about these plans after mid-term elections.

As it turns out, we didn’t have to wait until after mid-terms to find out. Adam Housley of Fox News was able to get his hands on documents, in late October, to verify Obama’s plans to bring foreign Ebola patients to the U.S. for treatment.

We know that the administration has plans. The following are my reasons for thinking that a new African Ebola patient is now in Atlanta.

Last week a bizarre story surfaced from the Canary Islands. A group of 19 refugees from Sierra Leone and Guinea landed on a nudist beach. Local Health officials made a statement confirming that none of these individuals were found to be infected with Ebola. However, four were admittedly taken to local hospitals with serious health issues and some (as noted below) believe that Ebola symptoms were part of the story. We have to remember that Ebola has an incubation period that is now known to be up to 42 days. So even if these 19 refugees were truly “all clear” when they landed, it does not mean that one of them did not develop symptoms later.

Yesterday it was discovered that there was an incoming flight from the Canary Islands to the U.S.

EbolaAir Aircraft N173PA appears to have picked up an Ebola Infected Illegal African Immigrant from the island of Gran Canaria and flown him/her to the USA for treatment.

A few days prior a boat load of illegals from Ebola stricken Sierra Leone and Guinea washed ashore on a nudist beach in the Gran Canaria beach of Maspalomas; several of these castaways were reported to have fever and were whisked away literally by the dump truck load.

Here is a YouTube video of the flight path of N173PA:

This morning I checked the flight records and found that N173PA landed at Andrews Joint Base at 9:13 PM Eastern. The flight then took off again and headed for Cartersville, GA where it landed at 11:59 PM Eastern. Cartersville is 42 miles Northwest of Downtown Atlanta. Atlanta is, of course, home of the CDC and Emory Hospital (one of only four level-4 biocontainment hospitals in the U.S.).

What is the Significance of N173PA?

As I was investigating this story late last night, it meant very little to me until I did a little research into “N173PA.” I found some pictures as well as a fascinating article at Foxtrot Alpha:

How do you pack two patients that are infected with one of the world’s deadliest viruses into a pressurized aluminum tube that is filled with healthy care takers and pilots for 12 hours and not get almost everyone infected in the process? You use this old ex-Royal Danish Air Force Gulfstream III that is highly modified to convey very ill people over very long distances. 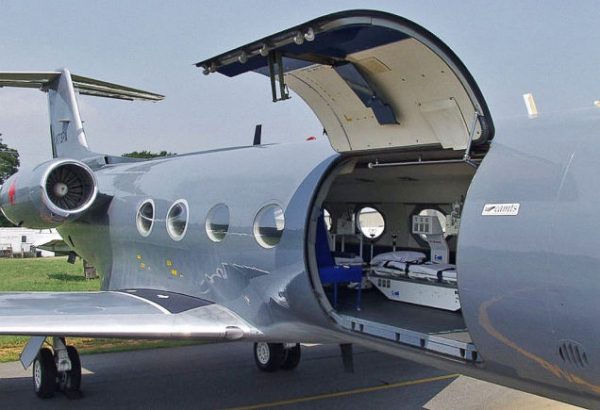 N173PA looks like it belongs to the military, in fact the USAF and USMC have an almost identical paint job on some of their C-20 aircraft, and like N173PA, some of them also feature a massive clam-shell cargo door as well. This 32 year old Gulfstream III was once owned and operated by the Royal Danish Air Force and wore the military tailcode ‘F-313’ at the time. The jet still retains her original Royal Danish Air Force livery, minus the government titles and insignia of course.

Here is another photo in which “N173PA” can be clearly seen:

Keep in mind that this report was published on August 1, 2014. So it is clear that many have been tracking N173PA for some time and waiting for it to be used in such a capacity.

So do we know with 100% certainty that a foreign Ebola patient just arrived in or near Atlanta?

No. Of course not.

But we do know several things:

This story may never make it to the mainstream news outlets. But I have to wonder what kind of medical emergency would require that the patient be flown all the way from the Canary Islands to Atlanta, GA. Why not Miami, FL or Charlotte, NC? Why America at all? Why not somewhere on the African mainland?

Is it simply coincidence that this plane landed near midnight (local time) so that any ground transports might have been done in the middle of the night?