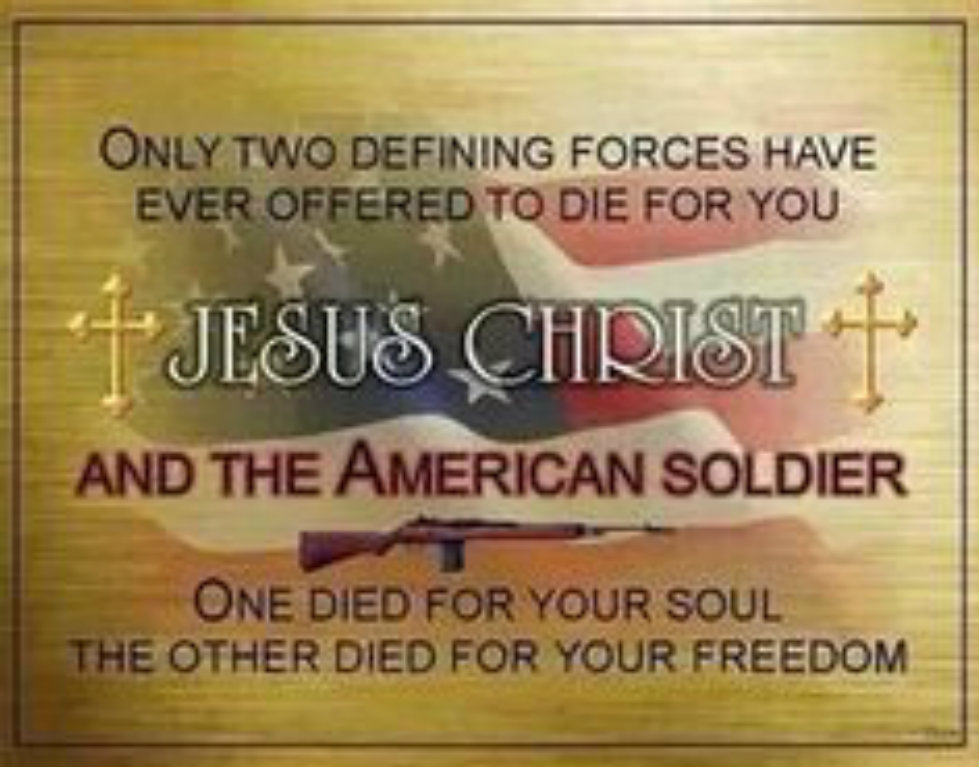 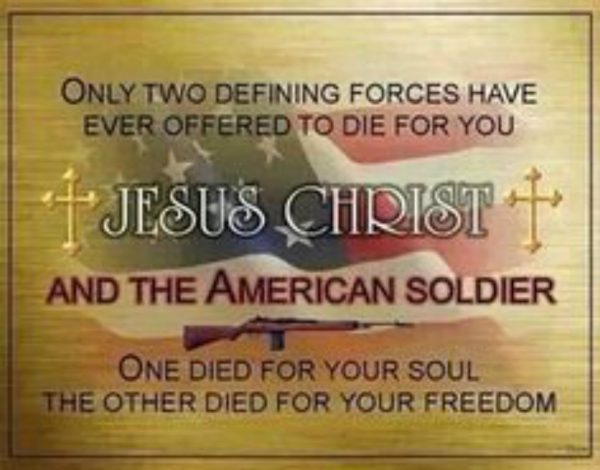 On this Veteran’s Day, I give enormous thanks to my fellow citizens who have served all over the world. I salute all veterans who have fought, bled and sacrificed so much. I appreciate all who have sworn an oath to serve and defend America, a nation conceived and inspired by the teachings of the First Veteran.

The original Special Forces Veteran was dispatched to conduct a rescue mission to save a broken world, under orders from the supreme Commander-in-Chief. Known as the Prince of Peace, this Volunteer Soldier was equipped with no weapons. The world’s Original Veteran was a perfect gentleman, sharing only The Word and the Holy Spirit, while forcing His Way on no one.

Above all else, I honor the Ultimate Veteran who voluntarily served and was brutally killed in battle for teaching the world about Unalienable Rights.

We live in the year 2014, a measure of time adopted by every nation on earth, counted from the birth of the world’s most Amazing Veteran.

Something truly revolutionary must have occurred 2014 years ago for all of mankind to benchmark their calendars around the birth of Jesus Christ.

From the world’s Original Veteran, to America’s original pilgrim, William Bradford, a preacher who led persecuted Christians from England to seek a land where religious liberty was possible, to America’s original Commander-in-Chief, a citizen-patriot, a General, a veteran and our nation’s very first President, George Washington.

Profound, common beliefs existed among these men: 1) a passion for God and, 2) a willingness to sacrifice every earthly possession, including their very lives, in defense of Unalienable Rights granted by God. Because of these three amazing heroes, America lives. Our nation is not perfect, but is indisputably, the brightest, shining city on the hill.

From the Original Veteran to every American soldier, Happy Veterans Day. A truly grateful nation salutes you for protecting all of our liberties.

Rob is a husband, Dad, writer, filmmaker, conservative activist and blogger at RobCunninghamUSA.com. He created AboutCommonCore.com, a website designed to rapidly spread public awareness of the most vile government propaganda scheme in US history. He’s co-founder of a leadership and sales training company, previously served as an investment banker and mortgage industry consultant, was a Delta Air Lines pilot and seven year veteran of the USAF. He earned a degree in management information systems from the University of Georgia. You can follow Rob on Twitter @Rob_Cunningham.