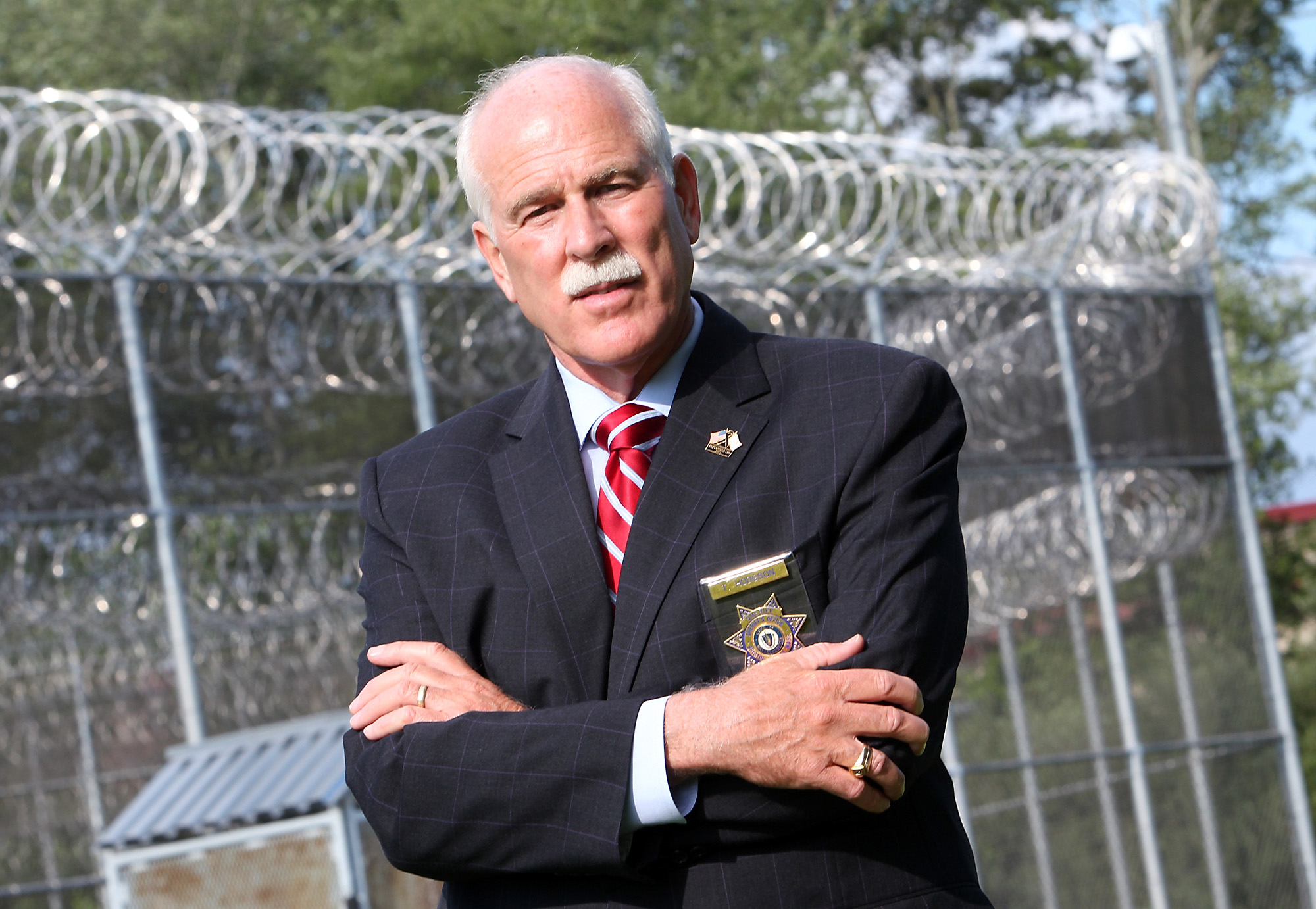 In light of Barack Obama’s defiance to institute amnesty to tens of millions of illegal aliens in America, following his public spanking on Tuesday, constitutional sheriffs from across America are planning a massive meeting in Washington to oppose his usurpation of power.

Bristol County Sheriff Thomas M. Hodgson sent out a letter recently which called on sheriffs to descend on Washington on December 10 to meet with congressmen and encourage them to secure the border and oppose Obama’s executive action regarding amnesty. The meeting will occur just days before the existing government funding bill expires.

“Never before in our nation’s history has it been so important for the American sheriffs to stand united and speak with one voice to secure our nation’s borders,” Hodgson wrote. “No longer can we sit idle while the inaction of our Federal Government marginalizes our ability to preserve public safety, enforce our laws, and protect the Constitutional rights of all who legitimately reside and work in our communities.”

“As a fellow Sheriff, and someone who shares a common mission and obligation to defend the public safety and national security concerns of our citizens, I am respectfully asking that you join me and our brother and sister Sheriffs on December 10, 2014 in [sic] at the United States Capitol to encourage immediate action by Congress and the Administration to pass legislation that will secure border security once and for all,” he added.

Hodgson said that he already had the support of members of Congress, as well as several senators.

“Senator Jeff Sessions, Senator David Vitter and other members of Congress have agreed to join us at the Capitol to demand immediate action to secure our borders as the first step in achieving legitimate immigration reform in the future,” he wrote. “Several sheriffs have agreed to work in a spirit of cooperation to assist in recruiting at least 200 sheriffs to travel to Washington, D.C. for this historic meeting and press conference with members of Congress.

Sheriff Hodgson told National Review Online, “I think by the sheriffs going there in big numbers, it places an incredible amount of emphasis on the most important thing that is impacting us in the biggest way in our country across every spectrum of our society, from medical to economics to safety and national security, and that is secure the borders. We don’t need people to sit down there in Washington and sort of intellectualize what they think is the right thing to do without listening to the people who are dealing with these problems day-in and day-out and know the problems intimately.”

The Massachusetts’ sheriff believes that the meeting will motivate citizens to rally around the sheriffs to address the “significant threat to the welfare and safety of our American people and legal residents.”

He wrote that the policies of the Obama administration, which have encouraged illegal immigration, “have created serious threats to our domestic and national security.”

“The citizens of our nation are counting on the American Sheriffs to fulfill our oath to preserve law and order and live up to our responsibilities as guardians of the United States Constitution,” he exhorted. “Given the fact that 25 people in the United States are killed each day by illegal immigrants, and our schools are becoming overcrowded and more costly, our public health is threatened by new diseases and ailments introduced by people living in our communities illegally, and the fact that benefits are being given and violations of laws forgiven for a select group of non-citizenss, makes clear our obligation to act now before we erode the confidence and faith citizens have in Sheriffs across the country and throughout our history.”

Hodgson also told NRO that US sheriffs are “sick and tired of being marginalized in our ability to protect our citizens. We want the border secured. And until you do that, until you secure these borders, which you’ve been telling us since Day One, you will never ever have legitimate, comprehensive immigration reform.”

Constitutional sheriffs are the last line of defense against a tyrannical government and as we have seen many sheriffs stand against the Obama administration’s push for more unconstitutional gun legislation and against Islamic State threats, we now see them beginning to take a stand against their illegal policies regarding immigration. Take the time to call your sheriff and encourage him to attend in December. Let’s show them that we support upholding the law of the land and are behind them in their efforts.