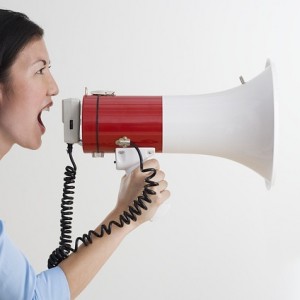 Do you want to know why Millennials seem so angry?  We promised them that if they worked hard, stayed out of trouble and got good grades that they would be able to achieve the “American Dream”.  We told them not to worry about accumulating very high levels of student loan debt because there would be good jobs waiting for them at the end of the rainbow once they graduated.  Well, it turns out that we lied to them.  Nearly half of all Millennials are spending at least half of their paychecks to pay off debt, more than 30 percent of them are living with their parents because they can’t find decent jobs, and this year the homeownership rate for Millennials sunk to a brand new all-time low.  When you break U.S. adults down by age, our long-term economic decline has hit the Millennials the hardest by far.  And yet somehow we expect them to bear the burden of providing Medicare, Social Security and other social welfare benefits to the rest of us as we get older.  No wonder there is so much anger and frustration among our young people.  The following are 24 reasons why Millennials are screaming mad about our unfair economy…

#1 The current savings rate for Millennials is negative 2 percent.  Yes, you read that correctly.  Not only aren’t Millennials saving any money, they are actually spending a good bit more than they are earning every month.

#2 A survey conducted earlier this year found that 47 percent of all Millennials are using at least half of their paychecks to pay off debt.

#3 For U.S. households that are headed up by someone under the age of 40, average wealth is still about 30 percent below where it was back in 2007.

#4 In 2005, the homeownership rate for U.S. households headed up by someone under the age of 35 was approximately 43 percent.  Today, it is sitting at about 36 percent.

#5 One recent survey discovered that an astounding 31.1 percent of all U.S. adults in the 18 to 34-year-old age bracket are currently living with their parents.

#7 Since Barack Obama has been in the White House, close to 40 percent of all 27-year-olds have spent at least some time unemployed.

#8 Only about one out of every five 27-year-olds owns a home at this point, and an astounding 80 percent of all 27-year-olds are paying off debt.

#9 In 2013, the ratio of what men in the 18 to 29-year-old age bracket were earning compared to what the general population was earning reached an all-time low.

#13 Half of all college graduates in America are still financially dependent on their parents when they are two years out of college.

#14 In 1994, less than half of all college graduates left school with student loan debt.  Today, it is over 70 percent.

#15 At this point, student loan debt has hit a grand total of 1.2 trillion dollars in the United States.  That number has grown by about 84 percent just since 2008.

#16 According to the Pew Research Center, nearly four out of every ten U.S. households that are led by someone under the age of 40 are currently paying off student loan debt.

#17 In 2008, approximately 29 million Americans were paying off student loan debt.  Today, that number has ballooned to 40 million.

The problem developing is that earnings and debt aren’t moving in the same direction. From 2005 to 2012, average student loan debt has jumped 35%, adjusting for inflation, while the median salary has actually dropped by 2.2%.

#19 According to CNN, 260,000 Americans with a college or professional degree made at or below the federal minimum wage last year.

#20 Even after accounting for inflation, the cost of college tuition increased by 275 percent between 1970 and 2013.

#21 In the years to come, much of the burden of paying for Medicare for our aging population will fall on Millennials.  It is being projected that the number of Americans on Medicare will grow from 50.7 million in 2012 to 73.2 million in 2025.  In addition, it has been estimated that Medicare is facing unfunded liabilities of more than 38 trillion dollars over the next 75 years.  That comes to approximately $328,404 for every single household in the United States.

#22 In the years to come, much of the burden of paying for our exploding Medicaid system will fall on Millennials.  Today, more than 70 million Americans are on Medicaid, and it is being projected that Obamacare will add 16 million more Americans to the Medicaid rolls.

#24 Our national debt is currently sitting at a grand total of $17,937,617,036,693.09.  It is on pace to roughly double during the Obama years, and Millennials are expected to service that debt for the rest of their lives.

Yes, there are certainly some Millennials that are flat broke because they are lazy and irresponsible.

But there are many others that have tried to do everything right and still find that they can’t get any breaks.  For example, Bloomberg recently shared the story of a young couple named Jason and Jessica Alinen…

The damage inflicted on U.S. households by the collapse of the housing market and recession wasn’t evenly distributed. Just ask Jason and Jessica Alinen.

The couple, who live near Seattle, declared bankruptcy in 2011 when the value of the house they then owned plunged to less than $200,000 from the $349,000 they paid for it four years earlier, just as the economic slump was about to start. Jason even stopped getting haircuts to save money.

Can you identify with them?

Most young Americans just want to work hard, buy a home and start a family.

But for millions of them, that dream might as well be a million miles away right now.

Unfortunately, most of them have absolutely no idea why this has happened.

What they don’t know is that the truth is that decades of incredibly foolish decisions are starting to catch up with us in a major way, and they just happen to be caught in the crossfire.

Sadly, instead of becoming informed about what is happening to our country, a very large percentage of our young people are absolutely addicted to entertainment instead.

Below, I want to share with you a video that I recently came across.  You can find it on YouTube right here.  A student at Texas Tech University recently asked some of her classmates a series of questions.  When they were asked about Brad Pitt or Jersey Shore they knew the answers right away.  But when they were asked who won the Civil War or who the current Vice-President of the United States is, they deeply struggled.  I think that this video says a lot about where we are as a society today…