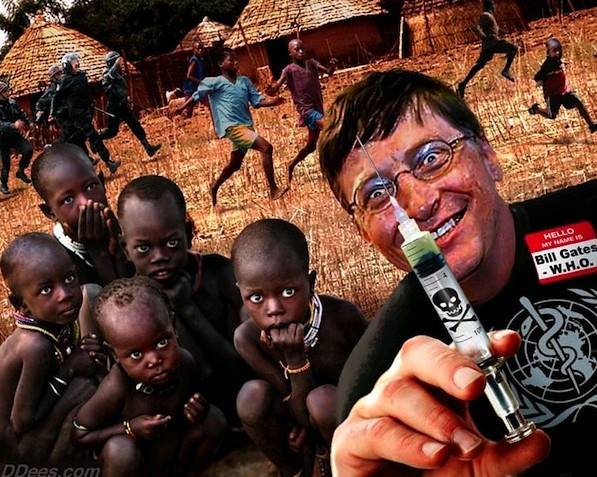 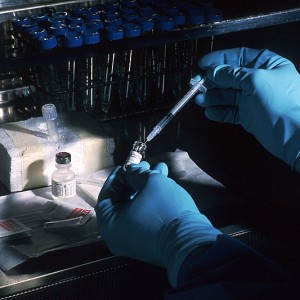 In some areas of the world, purposely cutting off someone’s family line is considered to be one of the most wicked things that you can possibly do.  But that appears to be precisely what the United Nations is doing.  Two UN organizations, the WHO and UNICEF, have just been caught red-handed administering “tetanus vaccines” laced with sterilizing agents to girls and women in Kenya.  And as you will see below, this is not the first time that this has happened.  Apparently there is a well-coordinated international program to use vaccines to secretly sterilize women in poor countries all over the planet.  The United States needs to immediately demand a full investigation of the UN vaccine program, but I wouldn’t count on that ever happening under the Obama administration.

There have always been anecdotal stories of women all over the globe being unable to have children after receiving UN vaccines.  But now we have scientific proof.  Lab tests that were recently conducted found an antigen that causes miscarriages in the vaccines that were being given to girls and women in Kenya.  A story that was posted on Life Site News about this caused shockwaves all over the Internet.  The following is an excerpt from that report…

Kenya’s Catholic bishops are charging two United Nations organizations with sterilizing millions of girls and women under cover of an anti-tetanus inoculation program sponsored by the Kenyan government.

According to a statement released Tuesday by the Kenya Catholic Doctors Association, the organization has found an antigen that causes miscarriages in a vaccine being administered to 2.3 million girls and women by the World Health Organization and UNICEF. Priests throughout Kenya reportedly are advising their congregations to refuse the vaccine.

“We sent six samples from around Kenya to laboratories in South Africa. They tested positive for the HCG antigen,” Dr. Muhame Ngare of the Mercy Medical Centre in Nairobi told LifeSiteNews. “They were all laced with HCG.”

So exactly what is HCG?

The following is how Natural News described what it does…

HCG is a chemical developed by the World Health Organization for sterilization purposes. When injected into the body of a young woman, it causes a pregnancy to be destroyed by the body’s own antibody response to the HCG,resulting in a spontaneous abortion. Its effectiveness lasts for years, causing abortions in women up to three years after the injections.

This is an absolutely horrifying scandal, but the mainstream media is totally ignoring it.

Perhaps that is because they agree with what the United Nations is trying to do.

And should we actually be surprised at what the UN is doing?  After all, the UN has publicly declared in writing that it intends to reduce population growth in Kenya…

The United Nations and its oftentimes barbaric population-control apparatus are under fire again after releasing a deeply controversial report claiming that the African population of Kenya is too large and growing too quickly. To deal with the supposed “challenge,” as the UN and its “partners” in the national government put it, international bureaucrats are demanding stepped up efforts to brainwash Kenyan women into wanting fewer children. Also on the agenda: more taxpayer-funded “family-planning” and “reproductive-health” schemes to reduce the number of Africans to levels considered “desirable” by the UN.

Critics promptly lambasted the plot as undisguised eugenics, with some experts calling it a true example of the “war on women.” Among other concerns, analysts outraged by the report noted that the UN Population Fund (UNFPA) and the establishment’s fiendish efforts to slash human populations — especially those considered “undesirable” by self-appointed guardians of the gene pool — have a long and sordid history going back decades. Today, the agenda marches on, as illustrated in the latest UN report calling for drastically reduced numbers of Kenyans.

When very evil people tell you that they intend to do something, you should take them very seriously.

And without a doubt, the UN is evil.  To use vaccines to secretly sterilize women against their will is almost too wicked to describe with words.

But the UN will keep doing this until we demand that they stop.  Back in the 1990s, similar sterilization campaigns using tetanus vaccines were being conducted in Nicaragua, Mexico and the Philippines.  The following comes from thinktwice.com…

Here are the known facts concerning the tetanus vaccination campaigns in Mexico and the Philippines:

* Only women are vaccinated, and only the women between the ages of 15 and 45. (In Nicaragua the age range was 12-49.) But aren’t men at least as likely as young women to come into contact with tetanus? And what of the children? Why are they excluded?

* Human chorionic gonadotrophin (hCG) hormone has been found in the vaccines. It does not belong there — in the parlance of the O.J. Simpson murder trial, the vaccine has been “contaminated.”

* The vaccination protocols call for multiple injections — three within three months and a total of five altogether. But, since tetanus vaccinations provide protection for ten years or more, why are multiple inoculations called for?(3)

* WHO has been actively involved for more than 20 years in the development of an anti-fertility vaccine utilizing hCG tied to tetanus toxoid as a carrier — the exact same coupling as has been found in the Mexican-Philippine-Nicaragua vaccines.(4)

And these are just the incidents that we know about.

I think that it would be safe to say that wherever the UN is vaccinating people for tetanus all over the world there are probably sterilizing agents in those vaccines.

Meanwhile, the UN continues to pour money into other global sterilization methods.

For example, the UN has dedicated massive amounts of resources to supporting the “one-child policy” in China.

And in India, UN money is often used to provide financial incentives to women to volunteer for sterilization.

At this point, approximately 37 percent of all married women in the nation of India have been sterilized.  That is an absolutely astounding number.  In fact, it is so astounding that I could hardly believe it when I first saw it.

But it is actually true.

And these procedures are often not conducted safely.  In fact, one recent mass sterilization campaign resulted in the deaths of ten women…

Ten women have died in India and dozens more are in hospital, many in a critical condition after a state-run mass sterilisation, a local official said Tuesday.

Many of the more than 80 women who underwent sterilisation at the free government-run camp in the central state of Chhattisgarh on Saturday fell ill shortly afterwards, the official told AFP.

Of course the United States is not exactly innocent in all of this.  These UN organizations are absolutely showered with money by the Obama administration, and the U.S. government even has an “Office of Population Affairs” that is used to promote population control all across the planet.

So they believe that they are actually “saving the world” by pushing a population control agenda.

For much, much more on all of this, please see the following articles…

-“Yes, They Really Do Want To Reduce The Population – 22 Shocking Population Control Quotes From The Global Elite That Will Make You Want To Lose Your Lunch”

Now that the wicked actions of the UN in Kenya have been exposed, UN officials are going to closely watch how people respond.

If there is little outrage, they will just keep on secretly sterilizing women.

That is why it is absolutely imperative that we scream bloody murder about all of this.  Great evil is being committed right in front of our eyes, and those with courage need to stand up and say that enough is enough.