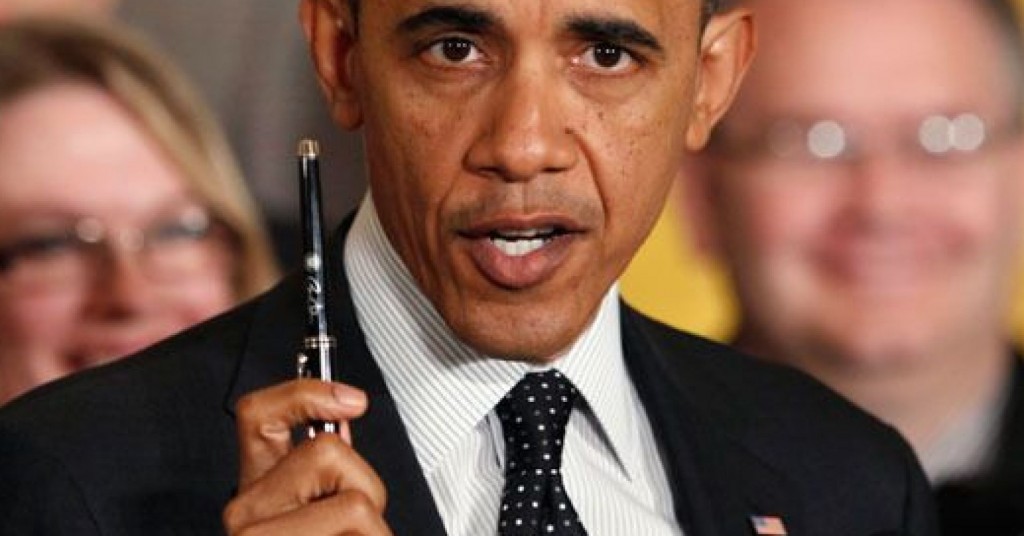 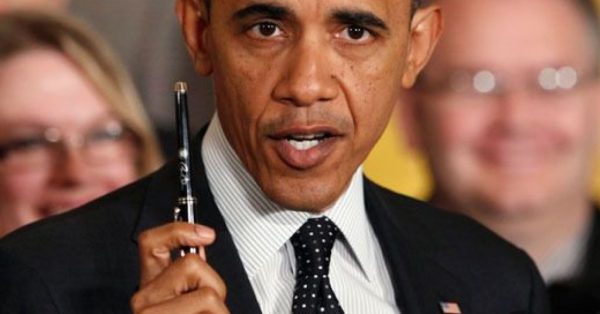 In another act of defiance against the American People and the immigration laws of our Republic, Barack Obama is ignoring both the law and the people to announce his executive actions of amnesty that will shield at least 5 million illegal aliens, and possibly more, in the United States.

Asserting his authority as president to enforce the nation’s laws with discretion, Mr. Obama intends to order changes that will significantly refocus the activities of the government’s 12,000 immigration agents. One key piece of the order, officials said, will allow many parents of children who are American citizens or legal residents to obtain legal work documents and no longer worry about being discovered, separated from their families and sent away.

There are a lot of assumptions by the Times in their presentation. According to Article 2, Section 3 of the US Constitution the President “shall take Care that the Laws be faithfully executed.” His own oath of office, cited in the same Constitution reads as follows, “I do solemnly swear (or affirm) that I will faithfully execute the Office of President of the United States, and will to the best of my Ability, preserve, protect and defend the Constitution of the United States.” Thus, it is not discretionary, but faithfulness that is required of the Executive.

In other words, the President is not invested with the authority to apply laws he wants to and ignore others.

Second, he is refocusing immigration agents to do apparently what is unlawful, not what is lawful. Granting “legal work documents” to illegal aliens is criminal. If you or I helped illegal aliens obtain documents that made them appear legal and legitimate, we would be arrested, charged and jailed for such activities. Obama is not Congress, so therefore he cannot bend and break the law at will without consequences. Therefore, unless the law allows him to grant legal documents to those breaking the law, he is, in fact, a law breaker himself.

Publius Huldah has rightly stated in her article on the enumerated powers of the Executive, “Executive agencies may not, by means of ‘administrative rulemaking,’ usurp the powers of Congress.”

“But if Congress refuses to make a law respecting naturalization, a President who enacts it anyway, via ‘executive order,’ or ‘administrative regulation,’ or ‘administrative memo’ by his underlings in the various executive agencies, is acting lawlessly,” she concludes. “His unlawful acts should be nullified, and he should be removed from office for his usurpation.”

So, what is being planned? Glad you asked. According to the Daily Caller, “at least 50 GOP legislators are pushing Republican leaders and the powerful appropriations committee to adopt safeguards against President Barack Obama’s plan to grant work permits to millions of illegals now living in the United States.”

The thinking is that if there are no safeguards in place, “Obama could use taxpayer funds in 2015 to produce work permits and social security cards for the illegals, who could then compete directly against Americans for jobs.”

Arizona Rep. Matt Salmon led the group of 50 legislators in a letter to the GOP leadership and the appropriations committee wrote, “We respectfully request that as you work to finalize the year-end funding legislation that language be included in all relevant appropriations legislation for FY 2015 to prohibit the use of funds by the administration for the implementation of current or future executive actions that would create additional work permits and green cards outside of the scope prescribed by Congress.”

Here’s the problem Salmon and the other representatives are faced with: Establishment Republicans who provide rhetoric, but are afraid of a fight. Speaker John Boehner (R-OH0 is one of them.

Boehner told his colleagues on Thursday, “The president is playing with fire here, and when you play with fire, you get burned. I told the president last week directly: if you proceed with executive amnesty, not only can you forget about getting immigration reform enacted during your presidency, you can also expect it to jeopardize other issues as well. We don’t know when exactly he’ll do it or how exactly he’ll do it. But if he proceeds, we are going to fight it.”

Then later in the same meeting, he told the same people that he spoke with Obama and told him, “Mr. President, just give us one more chance to do this the right way. If we can’t, then do what you gotta do.”

Give us one more chance? Do what you gotta do? That isn’t constitutional, but then all of these men are lawless and could care less what the Constitution says or they oath they took. House leadership has even floated the idea of another continuing resolution, something else that is unconstitutional.

May I be frank America? John Boehner has about as much fight in him as a dead man. His party just won the elections and he’s begging for another chance! He’s not a leader because being a leader would make his “job” a little too difficult. He’s said so himself and he’s demonstrated it in caving on the budget, fully funding Obamacare, and ending the partial government shutdown of 2013.

Republican Senators Ted Cruz (TX), Mike Lee (UT) and Jeff Sessions (AL) are taking steps to rally their colleagues to oppose passage of the budget in December unless it explicitly prohibits Obama from enacting “executive amnesty.”

Spokeswoman for Senator Cruz Catherine Frazier said, “Our office stands ready to use any procedural means available to make sure the president can’t enact his illegal executive amnesty.”

The Senators believe that there are some Democrats who would cross the aisle with them on this issue and stand against executive amnesty. I haven’t seen those senators just yet, especially after they were so supportive of the amnesty bill last year. In fact, there wasn’t a single Democrat that voted against it and several Republicans that co-authored the legislation and supported it, some not even knowing what was in it.

Additionally, sheriffs from around the country are planning on descending on Washington to pressure representatives in opposition of Obama’s unlawful executive amnesty next month.

While America doesn’t know when Obama’s executive action will take place, he’s made it clear that he won’t wait until the New Year. “Before the end of the year, we’re going to take whatever lawful actions that I can take that I believe will improve the functioning of our immigration system,” Obama said. “What I’m not going to do is just wait.”

Why not? He’s been waiting for six years. I’ll tell you why. It’s because he knows that he hasn’t been able to pass the previous amnesty bill and he can’t do it lawfully, despite his claims of “lawful actions.” It’s the holidays and a lot of people are going on about their merry way, “comfortably numb” since the Republicans are going to be controlling the House and Senate, but blissfully ignorant of what is going on in the nation’s capital that will affect their lives and the lives of their children and grandchildren in the coming days.