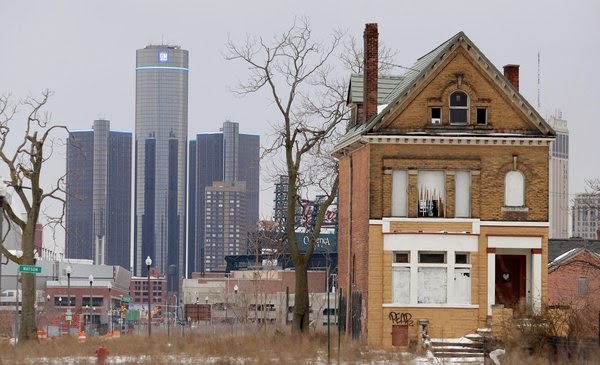 Concealed carry paid off over that bloody weekend when a vet carrying a gun returned fire stopping a massacre before it happened. The original shooter ended up in the hospital, but nobody ended up in the morgue, which kept the death toll for the weekend down to fourteen.

Fourteen isn’t pretty, but it’s better than twenty or thirty.

Chicago’s murder rate in 1992 was double what it is today. The death rate was at 33.7 out of 100,000 which meant that you had a pretty good chance of being shot in Chicago. Today it’s down to 15 out of 100,000, which is small comfort to those ending up in the morgue, but it gives everyone else much better odds of surviving to see what ingenious ways the next corrupt mayoral administration will use to rip off the city.

Back in 1992, the cops also blamed guns for the murder rate. But it wasn’t the guns that were killing people. It was the gangs. Now the murder rate is down, but the number of shootings is up. To Chicago’s police boss, that’s a problem, as if it makes a difference to the deceased whether he’s shot, stabbed or dropped in the water wearing cement overshoes. But fighting guns is easier than fighting crime.

The gun obsession is one of the few things that cops and leftists have in common. It’s the last politically acceptable form of prohibitionism in a society that enthusiastically legalizes drugs, even if possessing crack cocaine is statistically much more likely to lead you to kill a man, than possessing a gun will.

Every shooting spree bypasses the obvious problem with calls for more gun laws and something for the youth to do over the weekend that doesn’t involve shooting up the local housing project. This weekend, Rahm Emanuel took on the problem of funding more teen centers while Chicago’s top cop blustered about more gun laws. And then having successfully talked around the issue, they all went home.

The left loves root causes more than it loves red shirts and black bandanas, a fashion choice that it shares with some of the gangs responsible for most of the shootings.

America’s gun violence problem is urban. It’s localized in Democratic enclaves. And it overlaps neatly with its corrupt political machines. It has nothing to do with the NRA and a great deal to do with the party of social engineering, the welfare state and gun bans.

Homicide rates overlap with unemployment rates, especially when accounting for the demographic populations of young minority men who are statistically more likely to kill or be killed.

92% of black male teens in Chicago don’t have a job. In Detroit, 50% of black men are unemployed. It’s not that there aren’t any jobs, but the entry level jobs have been mostly going to immigrants. 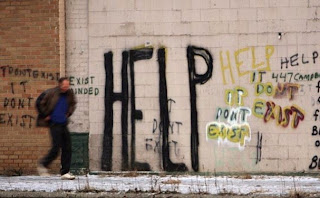 The Center for Immigration Studies found that under Obama two-thirds of jobs went to immigrants, both legal and illegal. Throw in a massive illegal alien amnesty and the rush of illegal aliens into the country will turn the employment figures of every city into Detroit and Chicago.

The same process will take place in most major American cities.

The United States of America does not have a shortage of workers. It has a shortage of jobs. The irresponsible immigration policy has created a surplus of workers. Illegal alien amnesty will make that surplus much worse. Legalize twelve million illegal aliens and another twelve million will come. Those who can’t find jobs, will find gangs. Those who lose jobs to them will also find gangs.

The gangs will fight each other for control of entire neighborhoods and the crime wave will set America back decades.

In 1986, murder rates suddenly rose mysteriously in major cities. The New York Times described the crime rates as being the highest since the 1970s.

The guns weren’t the problem. The illegal alien amnesty which had created a magnet was. Illegal aliens with fake documents headed in hoping to take advantage of amnesty. Later newly legalized immigrants invited their family members to join them. Even before the amnesty took effect, crime rates spiked. 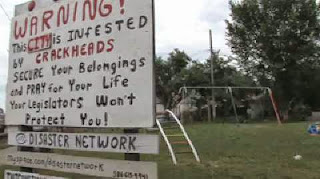 Amnesty advocates claim that immigrants aren’t taking jobs from Americans because they are more likely to be employed at the lower and higher ends of the marketplace. And that’s half true. What it really means is that they displace trained technical workers at the high end of the marketplace. That leads to a further erosion of the native middle class, but it doesn’t directly lead to gang violence.

At the lower end of the marketplace, they not only displace workers, but they displace the workers that might have been. Teenagers who would have started working regular jobs instead roam around aimlessly. The lost entry level jobs are substituted with crime. Neighborhoods fall apart and gang violence increases as gang members compete for turf in the new drug marketplace. And the rest is crime statistics and children taken to morgues in cities that can barely keep the lights on.

If we want to repeat the same cycle again, Super-Amnesty, an amnesty several times bigger than the one in 1986, will make it happen. Entire cities will fall into gang violence. Their economies will collapse and that will have a ripple effect on their suburbs and on entire states.

America will be a more dangerous and poorer place. And the politicians will talk some more about banning guns and about building more teen centers for the youth to hang out in between shootings.