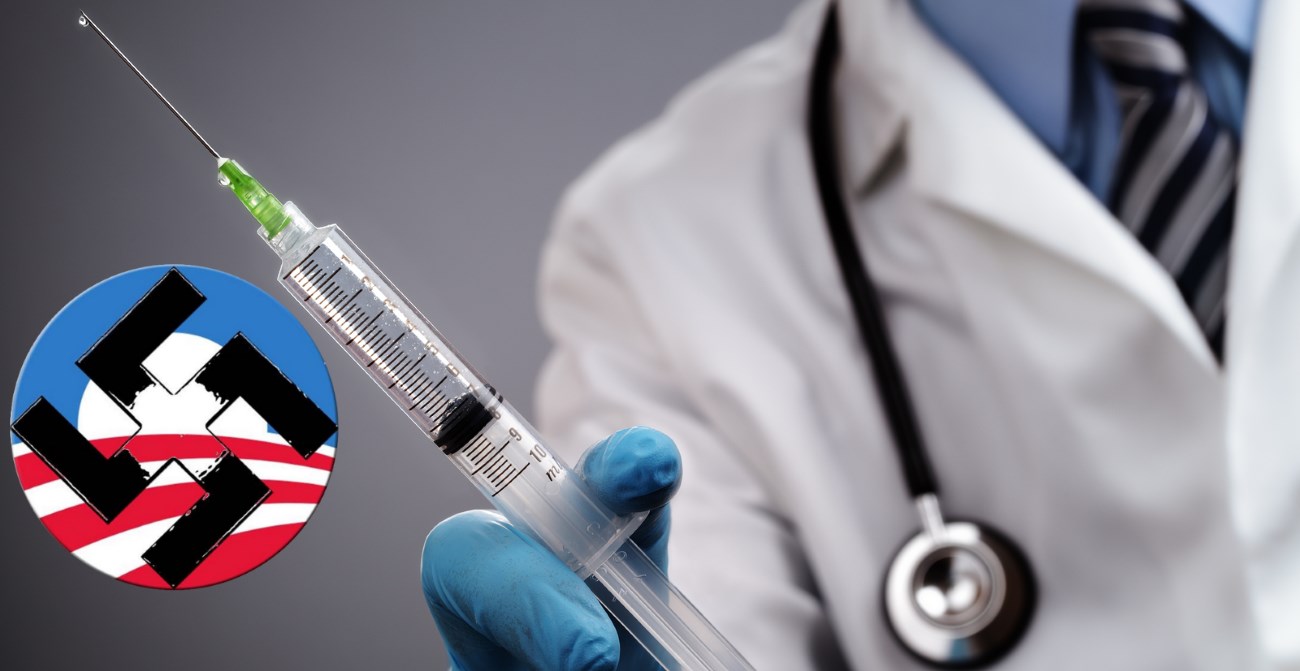 We all remember the passage of the monstrosity called the “Affordable Care Act” or Obamacare. We remember how it was passed, who passed it, and the infamous words of Nancy “we have to pass it to know what’s in it” Pelosi. Many spoke out about the so-called independent review board dubbed “death panels” that would be used to ration care for the nation’s unconstitutional socialized medical insurance plans. Obamacare proponents labeled those speaking out about such a “panel” as being against medical care for the masses or seeking to deny healthcare to those less fortunate than others. Those same proponents denied there was such a thing dubbed a “death panel” further labeling those speaking out against “socialized” medical insurance plans as fabricating rumors in order to obstruct Obamacare and its namesake.

As it turns out, those warning about the “panel” may not have been far off the mark. As Breitbart reports, there is an independent body authorized by Congress to make “recommendations” on preventive services; and, since 2009, those recommendations have become “less and less generous.” Known as the US Preventive Services Task Force (USPSTF), the body has the authority to make recommendations regarding “screenings, counseling services or preventative medications.” So, how does this affect the consumer who is enrolled and covered under Obamacare?

The Mayo Clinic recommends annual mammography for women above age 40 with no limit on end age as does the American Cancer Society. In contrast, the Task Force recommends mammography for women every other year between the ages of 50 and 74. According to the Mayo Clinic’s Dr. Sandhya Pruthi, “Findings from a large study in Sweden of women in their 40s who underwent screening mammograms showed a decrease in breast cancer deaths by 29 percent.”

A decrease in deaths, along with cancer care, from breast cancer by 29 percent due to mammography screening is significant in the health care industry. As a breast cancer survivor, along with having a mother who is a breast cancer survivor, mammography screenings beginning at the recommended age of 40 made the difference in survival. While my episode occurred when I was in my 30s, mammography, along with ultrasound recommended by my physician based on physical findings, was covered outside the recommended age not only as a screening tool but as a diagnostic measure. The delay in mammography to age 50 and ending at age 75 would certainly miss many women, condemning them to possible death since early detection is the key to survival. In addition, early detection means less costly treatment as well as better emotional, mental and physical health.

How many have heard from their physician that at age 50 it is time for colonoscopy screenings? The answer is every doctor you visit once you reach age 50 since that is the recommended age to begin screening. According to the American Cancer Society and the American College of Gastroenterology, there is no age limit for colonoscopies. The task force, however, recommends against routine colonoscopy screenings for those aged 76 to 85 years and recommends no screenings for individuals above age 85. “Medicare, coincidentally, happens not to cover CT colonography, but fully covers colonoscopies.”

While guidelines on ending colonoscopy vary, the rule of thumb is generally no screening if life expectancy is less than 10 years or age 80 as the majority of individuals may not have 10 more years. However, according to Dr. Michael F. Picco, MD of the Mayo Clinic, “At 80, most folks; life expectancy is usually not 10 years so it’s reasonable to stop in that case. In general, the guidelines should be followed relative to timing. When people shorten the interval against the guidelines, it’s not a good use of resources.”

There are many methods to screen for colorectal cancer, some less invasive than others. It is important to find the method that works best for the individual patient, along with a physician recommendation; but, one method is not superior over the other. The important fact to remember is “just because the options can be mind-boggling, that is no reason not to do screening.”

So, while Obamacare was touted to bring health care to the “uninsured masses,” it had the unfortunate effect of limiting services under Medicare through the “task force” recommendations that appear to counter current medical recommendations on preventive services. While many may say that the recommendations by the medical community regarding these preventative services are just another way to collect money from individuals and health insurance companies, it has been proven in many studies these preventive screenings actually save lives and health care costs in general. If Obamacare has the side effect of altering Medicare coverage, one can almost assume it will affect any insurance plan that will not have to be compliant with the federal regulations covering health care insurance plans – all health care insurance plans must be compliant with regulations regarding covered services.

Regardless of what the medical community recommends in screening, the USPSTF has “sliced” those recommendations for what purpose – rationing of health care services. No longer will the decision be made between you and your doctor. The decision for screening will be made by the USPSTF under the ACA law thereby affecting payment for services, meaning that if the screening falls outside the USPSTF recommendations, which conflict with medical science, then the screening may not be covered by the plan.

It boils down to less individualized health care and a cookie-cutter health care model that will eventually affect every American directly or indirectly. While not wanting to be accused of “fear-mongering” or being “overly dramatic,” this almost reeks of a Nazi-style extermination process of less than desirable individuals without utilizing gas chambers – it will be death by government sanctioned with-holding of vital preventative screening measures.

The proponents for Obamacare sold this atrocity as “health care for all” or “access to health care for all” and in some cases, “free health care for those who cannot afford health care.” As many of us have been pointing out, all of this has been the furthest thing from the truth. From the looks of it, the USPSTF, along with the tenets of Obamacare, operates on the assumption that there are some people that are “disposable,” meaning some individuals will not receive certain health care services.

Freedom Outpost Editor’s Note: So, now that the Republicans, who funded all of Obamacare, but claim they want to repeal it and have vowed to do so, have taken control of the House and Senate, there needs to be a full repeal without replacement of this unconstitutional legislation and the States need to reinforce it by nullification.