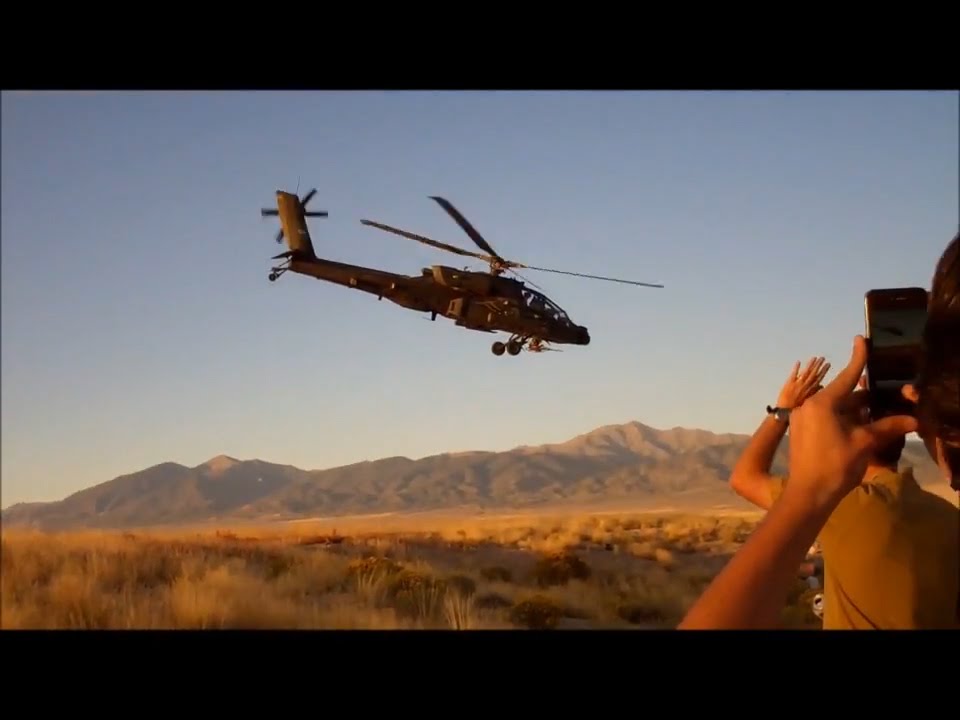 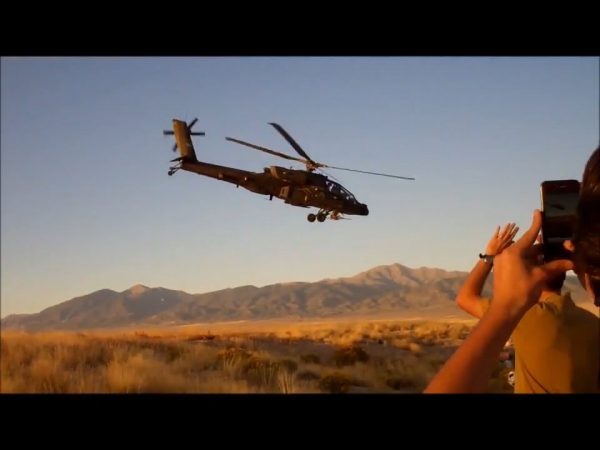 A family visiting co-workers in Salt Lake City was taken out to a gun range in the Utah desert to shoot pistols and shotguns but their day was interrupted on two separate occasions by the chopper.

According to the wife of the man who uploaded the video to YouTube, “you could see the gun under the nose waving at us.”

The video shows the Apache swooping across barely 30 feet above the heads of the family, while a subsequent clip shot later in the day shows the chopper hovering nearby as it appears to be keeping tabs on the gun owners.

The helicopter violently kicks up scrub brush as it passes in front of the individuals. The first flyover occurred just after noon while the second incident took place around five hours later.

“Low flybys are one thing, but lingering and waving machine guns at people? Perhaps they were showing off,” writes the individual who uploaded the video.

As we reported last year, authorities in the United States have shown interest in using aerial surveillance to spy on gun owners.

The Shadowhawk drone, a 50lb mini helicopter that can be fitted with an XREP taser, was approved by the Department of Homeland Security in 2012 and has since been acquired by numerous different law enforcement bodies.

Promotional video for the drone shows it being used to spy on an outdoor gun sale. The footage shows two men driving to meet clandestinely in a remote area, before they exit their vehicles and proceed to conduct a transaction for a handgun and a semi-automatic rifle, before driving off at high speed.

During the commentary over the clip, which features dramatic music, role players run the license plates of both vehicles before describing the transaction as the spy drone hovers above.