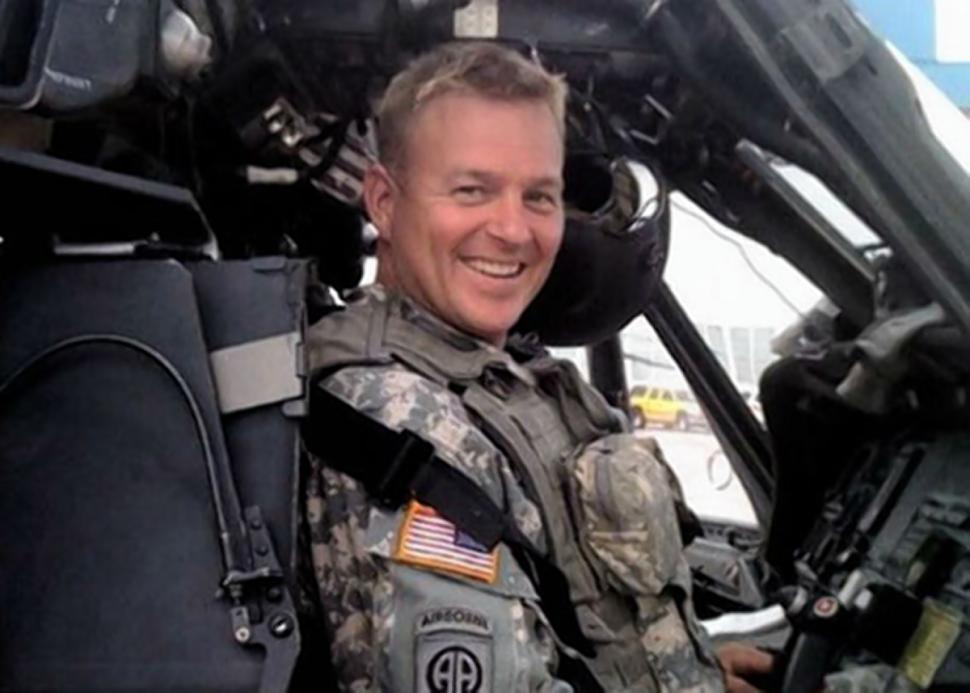 Lt. Col. Christopher Downey, a combat pilot who completed two tours of duty in Iraq and Afghanistan and was also assigned to the White House, has been convicted administratively of assaulting a soldier who was attempting to video two lesbian officers kissing on a dance floor during a full-dress formal ball at Fort Drum, New York in 2012. Now, he’s filed a federal lawsuit against the Secretary of the Army John McHugh.

According to the lawsuit, the April 14, 2012 incident took place at a formal military ball. A female captain and a female lieutenant, who were both in uniform on the dance floor, “engaged in prolonged French kissing, taking off each other’s uniform jackets, and other intimate conduct.”

“It was a little more, like I said, a full-blown makeout, like, you know, they did not even realize what was going on around them; they were concentrating on each other. And it was creating a scene on the dance floor,” said one witness.

One must ask if this would not be deemed inappropriate even among members of the opposite sex at a formal dance. Furthermore, the two women were under Lt. Col. Downey’s command.

Lt. Col. Downey deemed the behavior to be inappropriate and, according to his attorney Richard Thompson of the Thomas More Law Center, simply pushed the camera down to prevent pictures of video from being taken and placed on social media.

According to the press release by Lt. Col. Downey’s legal team, “The alleged victim of the assault never accused LTC Downey of assault. In fact, he stated that he was not the victim of an assault and that he knew LTC Downey never intended to harm him. Moreover, the investigating officer appointed by General Milley found that LTC Downey did not intend to injure the soldier, but was motivated by the desire to protect the privacy of the two officers involved and the unit’s reputation. The investigator also found there was a positive command attitude and climate regarding repeal of ‘Don’t Ask Don’t Tell.'”

However, though Downey was exonerated of any wrongdoing by a three-officer Army board in 2013, he still faces an Army forced-retirement board, which met this week.

So, he pushes a camera down, attempted to prevent the two female officers from engaging in inappropriate behavior while in uniform at a formal military ball because he believed it “would embarrass the officers and affect the good order and discipline of his unit.” He was correct. In the process of stopping pictures from being taken, one of the cameras accidentally hit a soldier’s nose.

Thompson went on to say, “General George Patton, who once wrote about the requirement of ‘loyalty from the bottom to the top,’ stated ‘loyalty from the top down is even more necessary.’ LTC Downey gave his all to the Army and to the country he loves, yet the Army he so loyally served threw him under the bus merely to avoid negative press from the homosexual community. America is set to lose one of its exceptional combat leaders due to an unjust application of the Army’s policy regarding repeal of Don’t Ask Don’t Tell [“DADT”]. Our lawsuit is an attempt to correct this injustice to Chris Downey and our nation.”

“A fair and impartial review of the facts leads to only one conclusion – that LTC Downey has always acted to protect the well-being of his soldiers, his unit and his country and should never have been penalized for doing the right thing,” said the Thomas More Law Center.

Speaking of Downey’s service to his country, the Thomas More Law Center wrote:

LTC Downey has given his country and the Army 24 years of distinguished service, including over 1,000 combat flight hours during three combat tours of duty. He has been awarded 3 Bronze Stars and 7 Air Medals, one with a “V” device for valor in combat. The Air Medal with “V” device was awarded for valor he displayed on May 25, 2011, in “complete disregard for his own safety while initiating multiple engagements against an enemy with superior fields of fire over friendly forces. His actions were decisive in saving the lives of soldiers on the ground.”

LTC Downey was selected ahead of officers from all three of the other major services to become the Presidential Airlift Coordinator for the White House in Washington, D.C. from 2008 to 2010. While serving at the White House, Downey’s direct supervisor described him as “clearly in the top 1% of the handpicked officers of the White House Military Office Operations Directorate and in all of the Lieutenant Colonels I have known in my 20 years of military service.”

From 2010 to 2012, LTC Downey returned to combat as an Aviation Task Force Squadron Commander in Jalalabad, Afghanistan. Under his direction, his unit exceeded Army maintenance standards enabling an unprecedented 3,000 missions executed and 30,000 flight hours flown in the most complex and dangerous region of Afghanistan, the Kunar Valley.

Additionally, under his command, the unit won two national level awards in one year, an achievement repeated only once before in the history of the awards: The Ellis D. Parker Aviation Unit Award for the Top Combat Unit of the Year, which recognized that the unit operated in one of the most challenging and helicopter-dependent areas of operation while sustaining the finest safety record of any Aviation unit in theatre; and The Army Aviation Association of America Active Aviation Unit of the Year Award, which recognized that his unit flew in excess of 30,000 accident free hours in some of the most inhospitable flying terrain in the world. LTC Downey was rated as the best Aviation Task Force Commander in all of Regional Command East. He was slated to attend the National War College well before his peers.

Clearly Lt. Col. Downey has served with honor and integrity. He deserves better than to be treated in this manner.

Interestingly enough, the two women later “married,” and subsequently “divorced” (what a complete mockery of marriage). However, one of them wrote that she was “shoved across the dance floor by my command sergeant major for being gay.”

One has to wonder if these women weren’t using this merely to cry victim because of their own perverted behavior. In my mind, that is exactly what took place. Sadly, the current administration not only allows this type of behavior, but promotes it to the detriment of our men and women in uniform and the defense of our country.

My hope is that the lawsuit will deal a crushing blow to the politically correct nonsense that is destroying this nation. I, for one, say, “Well done Lt. Col. Downey!” Would to God there were more of you to take such a stand in our armed forces.