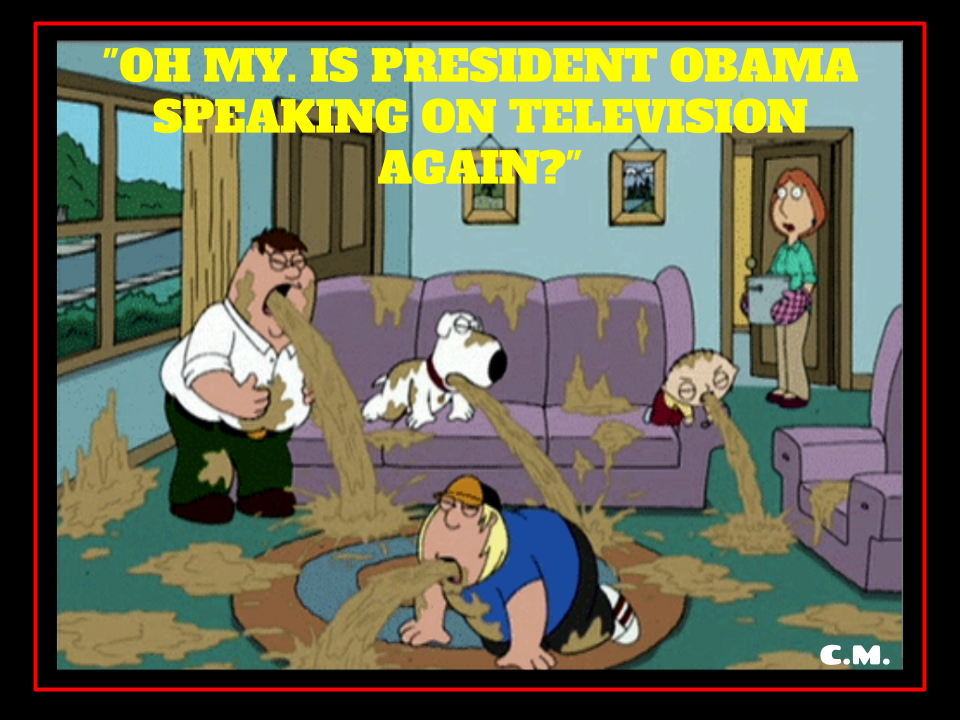 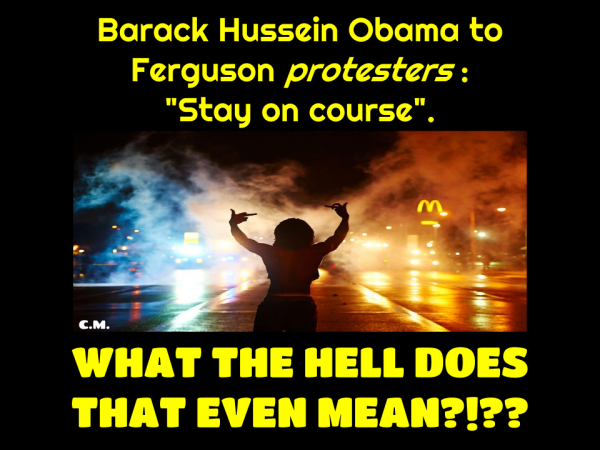 “Stay on course“. Those are the words Barack Hussein Obama has been credited with saying to Ferguson protesters in what is now being described as an unlisted (i.e. ‘secret‘) meeting he held with radical members of this community terrorist organization at the White House earlier this month. Xenophobic extremists who have seized and taken hostage an entire American community, turning it into their own racists caliphate. And we have this president telling them, “Stay on course“. It’s interesting to note how not long after this ‘secret‘ meeting took place we then began seeing reports surface of bounties being posted on officer Darren Wilson AND his families heads by these emboldened race hustlers. This sort of undignified and iniquitous comportment by a sitting president would be unbelievable if not for the fact that over the last 6 years it has become a commonplace hallmark of standard operating procedure by this president and other equally notorious members of his administration. Our nation’s political landscape has become a virtual battlefield since the very beginning of Obama’s tenure in office, pockmarked by the smoking craters of his legislatively polarizing fusillades that have created divisive fissures, convulsing the United States straight down to its constitutional foundations. 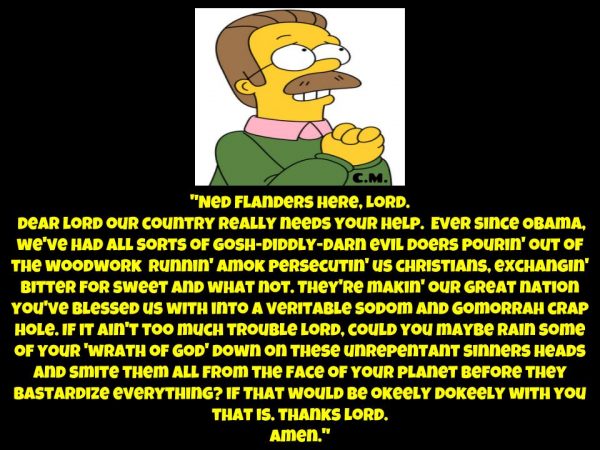 For a long time people have been attesting to the gradual dumbing down of our country attributed to an insurgent movement led by subversive radicals known as Progressives. Many are familiar with the concerted efforts by this hedonistic breed of amoral fanatics and their avowed decades long adherence in overseeing and crafting the annihilation to our way of life as we’ve known it. Up to and including our intrinsic freedoms and liberties. Not content to satisfy themselves with just those erosive abuses, consequentially everything we cherish in our customs, beliefs and traditions have also come under relentless and perennial assaults. Nothing is sacred to these animal hypocrites other than their own interests and beliefs. A principal weapon in their arsenal to help them achieve their goals came with their introduction of political correctness into our country’s collective consciousness and body politics. Once they successfully inseminated their ideological bacterium into the lifeblood of our culture, much that made our country great has since been systematically desecrated beyond recognition, but never more so than when an obscure, politically unaccomplished Illinois Senator from Chicago named Barack Hussein Obama came out of nowhere and broadsided our country.

Never in the history of the United States has America been governed by a president so derisively contemptuous towards the will of the people. A president who has exhibited habitual hostile abuses against our own law of the land the likes of which has never been seen before and has surged over the border into the pathological. Comparatively disturbing has been what seems like a complete absence of opposition Party leadership presenting any bona fide resistance to the bedlam created by Obama’s barefaced lawlessness. 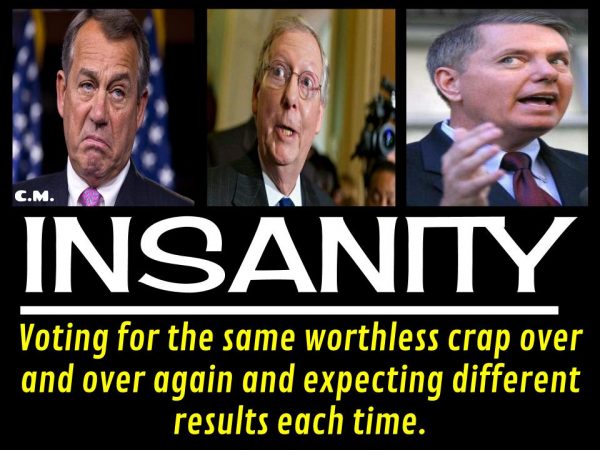 But as we find ourselves barreling along at breakneck speed on this accelerating train wreck that left its own tracks in the rear view mirror years ago, NOW we have Obama engaging in clandestine meetings in the White House with domestic terrorists, instructing them to “stay on course” in their campaigns of domestic terrorism. Encouraging their insurrection and the violence in the streets they’ve promised if they don’t get the guilty verdict they want against police officer Darren Wilson from the still convened grand jury. Belligerent militant combatants given support and approval by a sitting United States president who would never have made it to the campaign trail of his first election much less finding himself reelected for a second term if we still lived in a sane world. 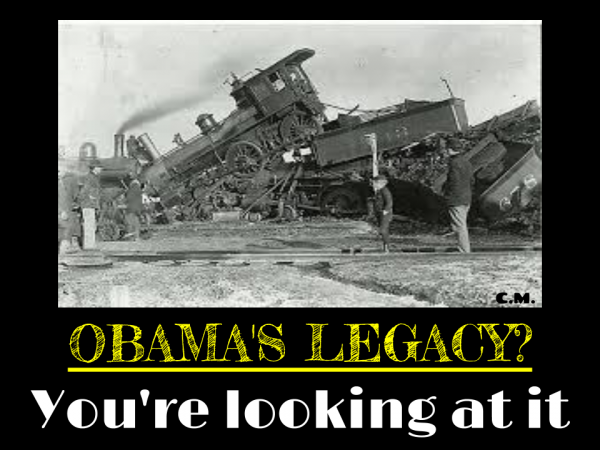 Each violation Obama has been allowed to carry out unchallenged has only been met with an even worse violation than the one it was preceded by. There is no such thing as excess in this gluttons vocabulary, just as this man obviously has no moral qualms when it comes to achieving new political highs in low. Yet the arcane reasoning given for why ultimately no one makes any genuine effort to hold him accountable for his excessive crapulence being because Obama’s black is nothing short of insulting to our aggregate intelligence (not to mention being derogatory to minorities themselves as well in the process). Not just that, but it’s blatantly racist too when you think then that we’re expected to allow this criminally negligent recreant to literally obliterate our entire way of life, repeatedly jeopardize our safety and national security simply because he is black. It’s stupefying when I think of all the anthologized offenses this derelict has already been allowed to get away with so far to date. That we have absolutely no one in this alleged ‘peoples government‘ with the political guts to defy this usurper is a dereliction of duty and a breach of the public trust on a scale that’s inconceivable.

The one unequivocal truth that can be accredited to this pathological liar we have as America’s first black president is the arduous reality emblematizing the extent of just how conditioned and crippled by the edicts of political correctness we’ve tolerated our country to become and consequentially just how submissively compliant so many millions of people seem to be anymore in abrogating their inalienable rights to life, liberty and the pursuit of happiness to accept their own engineered decline with eyes wide open. 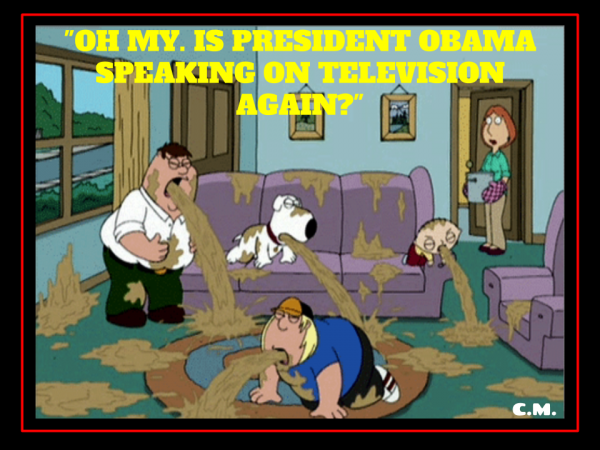