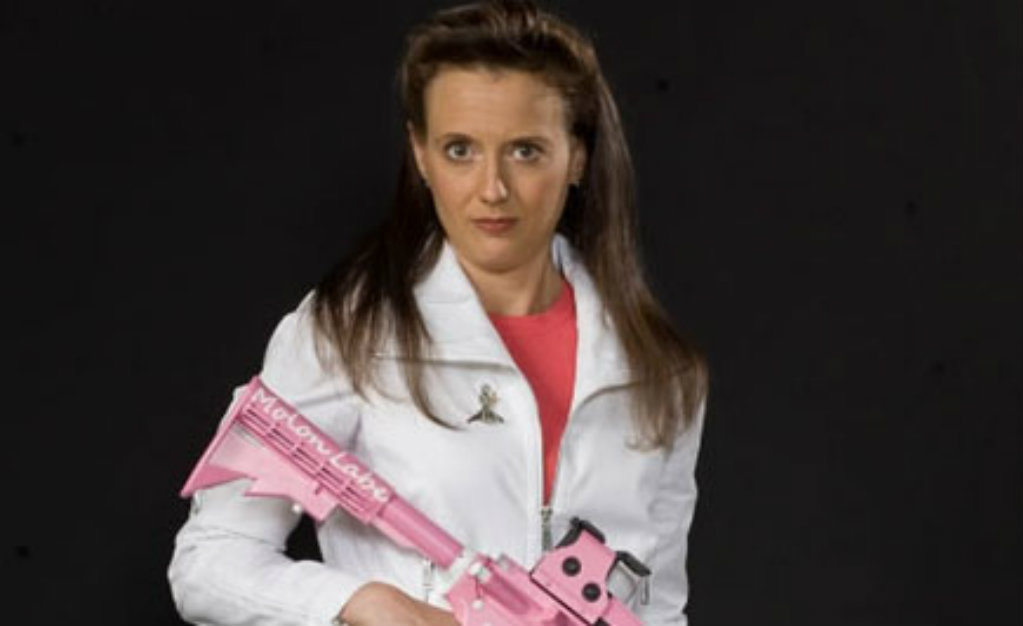 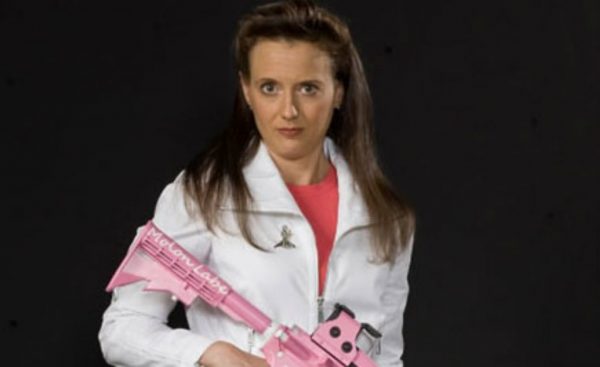 Many threats from the Islamic world that are being touted against Americans, including a recent threat by the Islamic State in a cowardly video in which they behead men who are tied up. It’s refreshing to see the American spirit alive and well… and even more so, when it comes from a gun-toting woman. Ann Barnhardt is such a woman, one with the fire of the Revolution flowing in her veins. Recently, in response to a death threat from a cowardly Muslim, Barnhardt gave an epic response in which she not only provided her address so that Muslim wouldn’t have to “find” her, but also told him to be sure and wear body armor because she had some new ammunition she wanted to try out on him.

Dave the Sage recounts the interaction:

I’m going to kill you when I find you. Don’t think I won’t; I know where you and your parents live and all I’ll need is one phone call to kill you all.

Re: Watch your back.
Hello mufcadnan123!

Luckily for you, there are daily direct flights from Heathrow to Denver. Here’s what you will need to do: After arriving at Denver and passing through customs, you will need to catch the shuttle to the rental car facility. Once in your rental car, take Pena Boulevard to I-225 south. Proceed on I-225 south to I-25 south. Proceed south on I-25 to Lincoln Avenue which is exit 193. Turn right (west) onto Lincoln. Proceed west to the fourth light, and turn left (south) onto Ridgegate Boulevard. Proceed south, through the roundabout to Kornbrust Drive. Turn left onto Kornbrust Drive and then take an immediate right onto Kornbrust Circle. I’m at 9175.

Just do me one favor. PLEASE wear body armor. I have some new ammunition that I want to try out, and frankly, close-quarter body shots without armor would feel almost unsporting from my perspective. That and the fact that I’m probably carrying a good 50 I.Q. points on you makes it morally incumbent upon me to spot you a tactical advantage.

However, being that you are a miserable, trembling coward, I realize that you probably are incapable of actually following up on any of your threats without losing control of your bowels and crapping your pants while simultaneously sobbing yourself into hyperventilation. So, how about this: why don’t you contact the main mosque here in Denver and see if some of the local musloids here in town would be willing to carry out your attack for you?

After all, this is what your “perfect man” Mohammed did (pig excrement be upon him). You see, Mohammed, being a miserable coward and a con artist, would send other men into battle to fight on his behalf. Mohammed would stay at the back of the pack and let the stupid, ignorant suckers like you that he had conned into his political cult do the actual fighting and dying. Mohammed would then fornicate with the dead men’s wives and children. You should follow Mohammed’s example! Here is the contact info for the main mosque here in Denver:

I’m sure they would be delighted to hear from you. Frankly, I’m terribly disappointed that not a single musloid here in the United States has made ANY attempt to rape and behead me. But maybe I haven’t made myself clear enough, so let me do that right now:

And understand that if you or some of your musloid boyfriends do actually manage to kill me, The Final Crusade will officially commence five minutes later, and then, despite your genetic mental retardation, you will be made to understand with crystal clarity what the word “defeat” means. Either way, I win, so come and get it.

Deo adjuvante non timendum (with the help of God there is nothing to be afraid of).
Ann Barnhardt

I actually appreciate the intestinal fortitude of Ms. Barnhardt to address the Muslim in the manner she did. They have attacked the United States, have threated our veterans, have infiltrated our White House, continue to have their hands out for the money of the American people, try to advance their ideology in America’s schools and they still want to push their way into our churches, our House of Representatives and give cowardly death threats behind a keyboard.

Instead of the federal government going after America patriots like Barnhardt and labeling Tea Party members as terrorists and extremists, perhaps they need to be hunting down Muslims like this guy who are issuing death threats against American citizens.

However, it’s about time someone said this and in the manner that Barnhardt did. Well done, ma’am, well done!