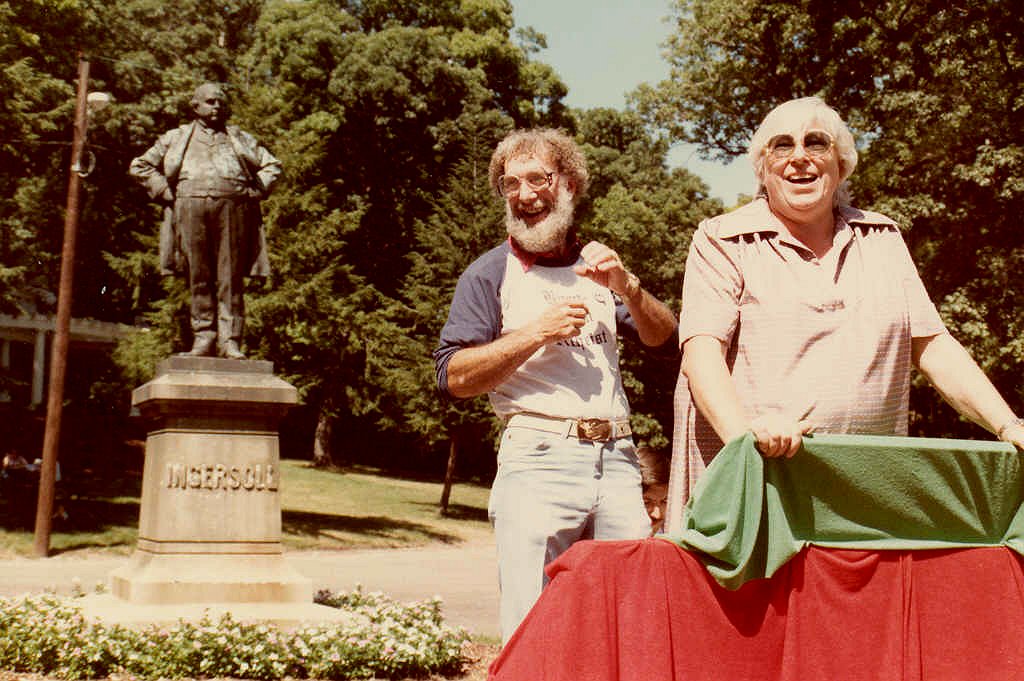 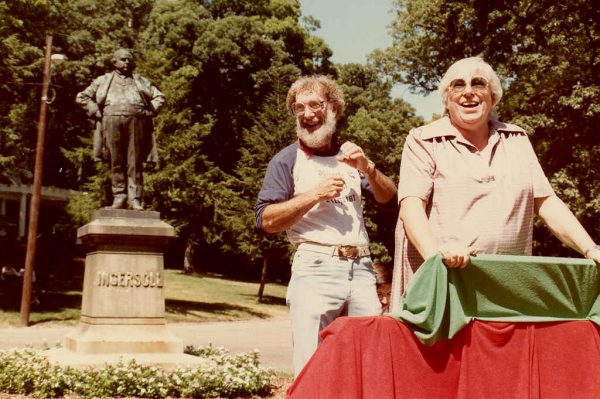 O’Hair is best known for the Murray v. Curlett lawsuit, which led to a landmark 8-1 Supreme Court ruling ending official Bible-reading in American public schools in 1963. A year before, in 1982, prayer in schools other than Bible-readings had already been ended by the Court’s ruling in Engel v. Vitale. in which the Court ruled that the sanctioning of a prayer by the school amounted to a violation of the Establishment Clause of the First Amendment to the United States Constitution, which states, “Congress shall make no law respecting an establishment of religion.”

He pointed out the long history of government religious practice in the United States, including the fact that the Supreme Court opens its own sessions with the declaration, “God Save this Honorable Court” and that Congress opens its sessions with prayers, among many other examples. Stewart believed that such practice fit with the nation’s long history of permitting free exercise of religious practices, even in the public sphere, and that “It is…a fallacious oversimplification to regard the [religion clauses] as establishing a single constitutional standard of ‘separation of church and state’, which can be applied in every case to delineate the required boundaries between government and religion.”

In 1995 O’Hair was kidnapped, murdered and mutilated, along with her son Jon Garth Murray and granddaughter Robin Murray O’Hair, by three men — David Roland Waters, a convicted felon out on parole; and fellow career criminals Gary Karr and Danny Fry.

O’Hair had two sons, Jon Garth Murray and William J. Murray, both conceived out of wedlock and sired by different men. The older son William J. Murray became a Christian in 1980. Learning of this, O’Hair said, “One could call this a postnatal abortion on the part of a mother, I guess; I repudiate him entirely and completely for now and all times … he is beyond human forgiveness.”

In a statement first released in 1999 and re-published by Religious Freedom Coalition, William J. Murray, author of My Life Without God, calls his mother “evil.” Below are excerpts from Murray’s searingly honest account.

My mother, brother and daughter were murdered by fellow atheists.

There is no getting around the evidence. For almost three years the national atheist organization my mother once led has claimed she left the country with a large amount of money. This was false and I will tell you in this letter why they told this lie over and over again.

First, I want to talk to you about spiritual matters that the general media does not understand.

My mother was not just Madalyn Murray O’Hair, the atheist leader. She was an evil person who led many to hell. That is hard for me to say about my own mother but it is true.

When I was a young boy of ten or eleven years old she would come home and brag about spending the day in X-rated movie theaters in downtown Baltimore. She was proud of the fact she was the only woman in the movie house watching this filth. My mother’s whole life circulated around such things. She even wrote articles for Larry Flynt’s pornographic magazine, Hustler. My mother lived in spiritual death as Paul writes: “But she that liveth in pleasure is dead while she liveth.” I Timothy 5:6

My mother delighted in hiring unrepentant criminals to work in her atheist office. She particularly enjoyed hiring convicted murderers who had served their time but were unrepentant about what they had done. She got a sense of power out of having men in her employ who had taken human life. It was love of power over people that finally caused not only her death, but the deaths of my brother and my daughter.

My mother had complete power over my brother, Jon, and my daughter, Robin. Although I was able to break away from the evil of this family, an evil that had been there for generations, they could not. My mother did not permit either my brother or my daughter to speak to me. She had total control of them.

For twenty years I could not talk to my brother. He would hang up the phone on me or tear up my letters and send them back. The same was true of my daughter. They both called me “TRAITOR” because I had accepted Christ and changed my life. By “traitor” they meant that I no longer followed the absolute direction of my mother as they did.

The house they lived in had statuettes of mating animals on virtually every piece of furniture. There was a full cabinet of booze and a refrigerator full of foods high in fat and sugar. They liked to live a life which my mother called “high off the hog”.

I must admit that toward the end I had lost hope for my mother’s conversion. The last ten years of her life she became even more profane and vulgar as the demons she courted got their final hold on her. The media stopped courting her because of the number of profane words she would use which they had to edit out. […]

My mother was an evil person … Not for removing prayer from America’s schools … No … She was just evil. She stole huge amounts of money. She misused the trust of people. She cheated children out of their parents’ inheritance. She cheated on her taxes and even stole from her own organizations. She once printed up phony stock certificates on her own printing press to try to take over another atheist publishing company. I could go on but I won’t. All the money my mother made in this manner stayed behind. It did not go with her. “For we brought nothing into this world and it is certain we can carry nothing out.” I Timothy 6:7

My mother simply believed, “Do what thou wilt shall be the only law.” […]

The deaths of my mother, brother and daughter should make all too clear the need for Christ to others that proclaim atheism. But those who would follow my mother continue to fight against God and His authority. “Fools make a mock at sin… ” Prov. 14:8

During Easter, what is left of my mother’s American Atheist organization held a convention in New Jersey. My ministry placed an advertisement in the newspaper there to tell them about Jesus. The new atheist leader, Ellen Johnson, ranted and raved against me, against Christ and against the Holy Spirit.

My mother simply believed, “Do what thou wilt shall be the only law.”

“Do what thou wilt” was coined by satanist Aleister Crowley. It is also the motto of the Church of Satan.

Madalyn O’Hair was not an atheist. She was a satanist.