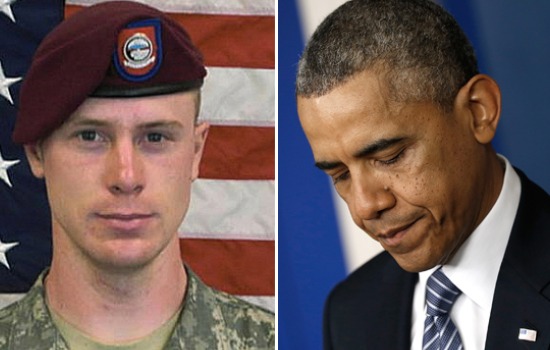 Prior to the successful prisoner swap that freed US Army Sgt. Bowe Bergdahl from Taliban control in May, the Pentagon was swindled out of a ransom payment in an attempt to win back the kidnapped American soldier, US officials said.

The covert payment made by the Joint Special Operations Command (JSOC) was stolen by an Afghan middleman who claimed to be working with the Haqqani network on the Afghanistan-Pakistan border, according to Rep. Duncan Hunter. The ransom was first revealed by Hunter in a Nov. 5 letter to US Department of Defense Secretary Chuck Hagel, according to The Washington Times.

“Given the significance of this matter, as well as the fact that Pentagon officials have denied that a payment was even considered — and you also said you were unaware of any such attempt — I ask you to immediately inquire with JSOC to determine the specific order of events,” wrote Hunter, a Republican member of the House Armed Services Committee.

Rep. Hunter also asked if ransom payments are being considered for other captives.

While publicly maintaining a stance against paying ransoms or negotiating with groups deemed by the US as terrorists, the White House recently ordered a review of relevant policies following a series of executions of US citizens by Islamic State militants, RT reported this week.

In the process of these high-profile kidnappings of Westerners by Islamic State, the extremist group targeted by US-led airstrikes in Syria and Iraq, the US government has called on other governments, corporations, and families of the imperiled to avoid offering ransom in exchange for release.

The Obama administration stuck to its policy against ransoms again this week following the release of a video on Sunday claiming Peter Kassig’s execution. Kassig was the third US national beheaded by the Islamic State following the deaths of James Foley and Steven Sotloff.

White House press secretary Josh Earnest stressed Tuesday that the review will not include Washington’s longstanding policy of refusing to negotiate ransom.

“The President continues to believe as previous presidents have concluded that it’s not in the best interest of American citizens to pay ransoms to any organization, let alone a terrorist organization,” Earnest said.“And the reason for that is simple — we don’t want to put other American citizens at even greater risk when they’re around the world.”

US Secretary of State John Kerry echoed these sentiments on Tuesday, saying ransom payments are out of the question.

Bergdahl was freed from Taliban custody in May after being detained by the group for five years following the soldier’s disappearance from an Afghan base in 2009. After US Pres. Barack Obama authorized the release of five Taliban detainees being held at the US military’s Guantanamo Bay detention facility in exchange for Bergdahl, former servicemen claimed the soldier willingly deserted his Army unit before being caught by the Taliban.

The Pentagon’s ransom plot prior to Bergdahl’s release included an undisclosed amount of money. In addition to JSOC, which handled the exchange, the FBI was also involved in the plan and confirmed later that it was a scam, The Washington Times reported.

The Pentagon said the money exchange was more a cash bounty based on intelligence information than a ransom payment for Bergdahl’s release.

Rep. Hunter’s office told the Times that the Pentagon has yet to respond to the Nov. 5 letter, but is supposedly crafting a response.