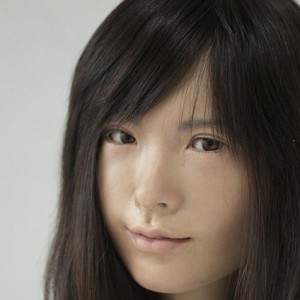 If men had a choice between real women and female robots that were almost “virtually indistinguishable” from real women, which would they choose?  Certainly many men would never be willing to totally give up on relationships with living, breathing women, but as robotic technology continues to advance at an exponential rate there will be men (and women) that will be tempted to abandon real relationships entirely.  And that day is approaching a lot faster than you may think.  As you will read about below, incredibly life-like female robots are being introduced in Japan right now.  The creators of these robots are not designing them for sexual intercourse at the moment, but experts say that it is only a matter of time before this technology is adapted for such purposes.  The potential market for female sex androids is absolutely massive, and there are no laws against such a thing in most countries.  But as men all over the globe begin acquiring these sex droids, what will that do to real relationships between men and women and what will that say about our society?

With each passing year, robots are becoming much more like humans.  And for some reason, many of these robot designers purposely choose to have their robots resemble very attractive young women.

One of these very attractive female robots, “Asuna”, has created quite a stir in Japan recently.  The following is from a recent Daily Mail article about this remarkable droid…

Chillingly life-like robots are causing a storm in Japan – where their creators are about to launch them as actresses, full-size mechanical copies for pop idol fans, and clones of the dearly departed.

There is even talk that the naturalistic, even engaging, she-droids may be taken up as men as partners in the not-too-distant future.

Android Asuna was a star attraction at Tokyo Designers’ Week showcase earlier this month and she is one of a series of geminoids, as their inventor dubs them, that are ripe for commercialisation say their creator robotics professor Hiroshi Ishiguro.

The video that I have posted below contains footage of Asuna.  As you can see, she has been designed to very closely resemble a 15-year-old girl…

Of course Asuna is not a sex robot, and her designers do not anticipate making her into one.  But experts say that it is only a matter of time before this kind of technology is adapted for such purposes.  In fact, there are firms over in Japan that are already making sex dolls with skin texture that is “indistinguishable from the real thing”…

‘Physical relations will be possible in general with such androids,’ said Takahashi Komiyama.

‘Androids for the sex industry are a definite possibly. Some have even fallen in love with Ishiguro’s geminoids. So we can’t rule those relationships out.’

Japan already boasts the world’s most advanced sex dolls from firms such as Kanojotoys or Orient Industries based in Tokyo.

Around £6,000 buys the very superior Yasuragi ‘dutch wife’ sex doll with extras such as movable eyes and flexible fingers and a skin texture its makers say is indistinguishable from the real thing.

Lady Gaga was so impressed with their quality that she asked the Japanese firm to make dolls in her own image.

Since most nations do not have laws against sex with robots, and since there is so much money that could potentially be made, many experts are forecasting that “relationships” with female sex androids will soon become commonplace.

David Levy, the author of Love and Sex with Robots, says that it is inevitable that many people will gladly choose robots as lovers and spouses as this technology progresses…

In time, Levy predicts, it will be quite normal for people to buy robots as companions and lovers. “I believe that loving sex robots will be a great boon to society,” he says. “There are millions of people out there who, for one reason or another, cannot establish good relationships.”

And when does he think this might come about? “I think we’re talking about the middle of the century, if you are referring to a robot that many people would find appealing as a companion, lover, or possible spouse.”

So what would all of this mean for real human relationships?

Already, we are at a point where relationships between men and women in our society are at a crisis point.  The following is an excerpt from one of my previous articles entitled “The Economics Of Marriage“…

According to a startling new study conducted at Bowling Green University, the marriage rate in America has fallen precipitously over the past 100 years.

That is not just a new all-time low, that is a colossal demographic earthquake.

That same study found that the marriage rate has fallen by an astounding 60 percent since 1970 alone.

As a result, U.S. households look far different today than they once did.

Back in 1950, 78 percent of all households in the U.S. contained a married couple.  Today, that number has declined to 48 percent.

Obviously, adding female sex robots to the mix is not going to help things.

As a society we are more isolated individually than we have ever been before, and providing men the temptation of female sex robots would only make it even more difficult for them to establish meaningful real life relationships.

But is there anything that we can do to stop this technology?

After all, it seems like robots are starting to take over everything.

For instance, Microsoft has replaced some human security guards with five-foot-tall robots that can do many things that humans simply cannot do…

Microsoft recently installed a fleet of 5-feet-tall, 300-pound robots to protect its Silicon Valley campus. The robots are packed with HD security cameras and sensors to take in their organic, protein-based surroundings. There’s also an artificial intelligence on board that can sound alarms when the robot notices something awry. It can also read license plates and cross-reference them to see if they’re stolen.

The K5 robots come from a California company called Knightscope, which calls the robots “autonomous data machines” that provide a “commanding but friendly presence.” Sounds like something a robot manufacturer would say.

Video of these amazing little security robots is posted below…

So what happens when robots can do virtually everything better than humans can?

And are these technologies going to make our lives much better or much worse?