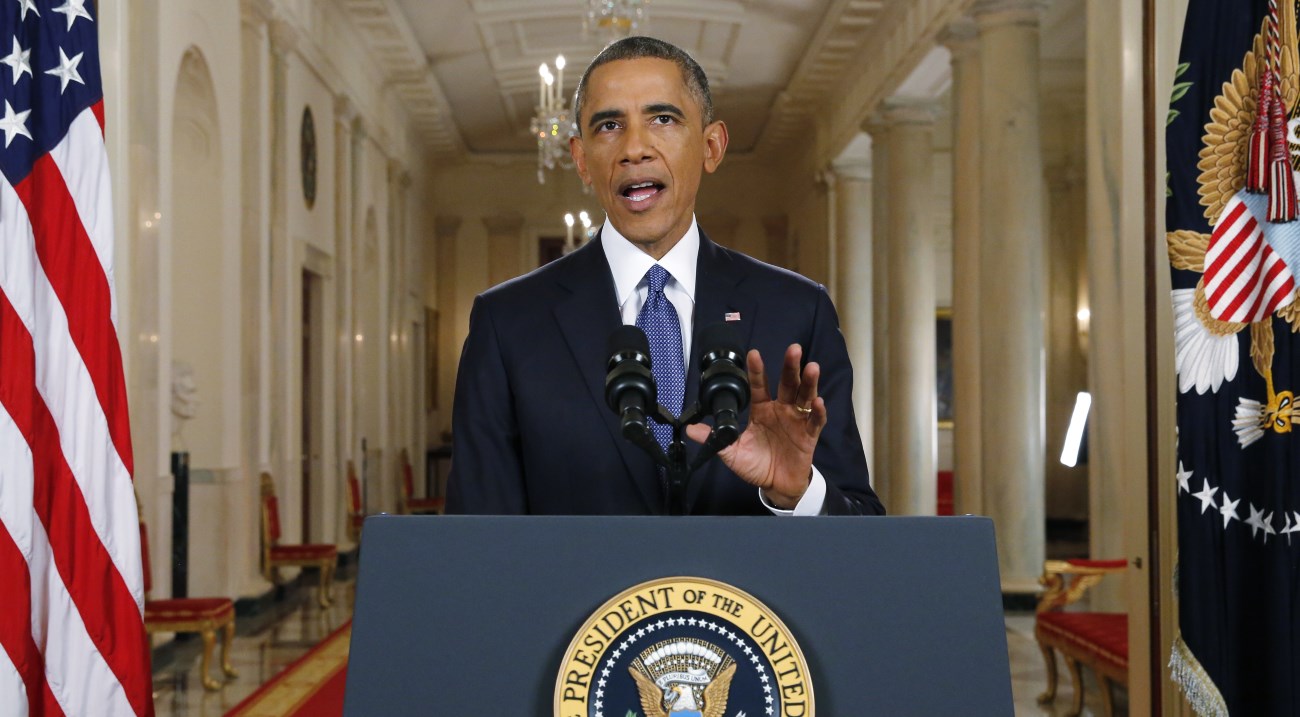 On Thursday, Barack Obama addressed cable viewers in America and the Spanish speaking culture in the Northern Hemisphere. While the title of the article is not an exact quote, they are the very principles he was espousing. Obama declared he would further ignore United States immigration laws, the US Constitution and Congress and just make up a law on his own to embrace millions of law breakers inside the United States in an executive amnesty proclamation.

While Obama began by recounting America’s history of welcoming immigrants, which we have done, he then went on to say, “But today, our immigration system is broken, and everybody knows it.”

The problem with that statement is that everybody doesn’t know it. Immigration laws are not broken. What we know is that his administration won’t enforce immigration laws. That is what is broken. His administration violates the law. That is what is broken. Congress is complicit in his violation and unenforcement of the laws because they will not impeach him for the stupidest of reasons, like the one provided by South Carolina Representative Trey Gowdy. That’s the part of the system that is broken.

To add insult to injury, Obama said, “Families who enter our country the right way and play by the rules watch others flout the rules. Business owners who offer their workers good wages and benefits see the competition exploit undocumented immigrants by paying them far less. All of us take offense to anyone who reaps the rewards of living in America without taking on the responsibilities of living in America. And undocumented immigrants who desperately want to embrace those responsibilities see little option but to remain in the shadows, or risk their families being torn apart.”

Keep in mind that there are not only those that entered the country lawfully, but millions who are still waiting and have been waiting, even for years, to enter the country lawfully. They watch illegal aliens enter and then, on top of that, they listen to this man tell them it’s ok for them to be here and they don’t have to hide in the shadows any longer. Talk about an insult!

Obama then said he had done all he “could to secure our borders.” Yet, it was his administration that knowingly orchestrated the crossing of the border by tens of thousands of illegal aliens, including convicts, gang members and diseased persons, even limiting Border Patrol agents’ ability to enforce the law and defend themselves. Obama has released tens of thousands of convicted illegal aliens onto American streets. In what way has the man secured the border? He hasn’t. He’s just said that he has and hopes America will believe him.

Obama even had the audacity to claim that the numbers of those crossing the border illegally were cut in half. However, he failed to cite any reputable source for such a claim of “facts.”

Because the unconstitutional amnesty legislation
put forth by the Senate met a timely death in the House of Representatives, Obama declared he was announcing actions that he said he had the “legal authority to take as President” that would “make our immigration system more fair and more just.” He failed to mention where he gets such authority because it doesn’t come from the Constitution (and doesn’t matter if other presidents did it or not in either party). He also doesn’t speak to the injustice of not holding illegals accountable to the law or the unfairness against those still waiting to enter the country, does it?

No, Obama’s announcement was one of lawlessness, injustice and unfairness. Here’s what he announced in his own words:

In dealing with the last element of his unlawful executive actions, Obama said, “Even as we are a nation of immigrants, we are also a nation of laws. Undocumented workers broke our immigration laws, and I believe that they must be held accountable – especially those who may be dangerous. That’s why, over the past six years, deportations of criminals are up 80 percent.”

There is no accountability to the law going on here at all. Obama is allowing those who have broken the law to merely come into the light, but not bring justice upon their lawlessness. That’s not accountability. It’s being complicit in their crime.

As for Obama’s deportation claims, this is quite simply a lie. There is no truth to this claim. In fact, as I mentioned, Obama’s Justice Department has released convicted illegal aliens onto the streets by the thousands. Deportations are down and he is facing a lawsuit from Immigration and Customs Enforcement for keeping them from doing their job. I’ll ask Mr. Obama a more specific question. If what you say is true, then why is Farzad Dastmalchi, an illegal Iranian who works for US government defense contractors, still in America over a decade after 9/11? It’s because this is all a lie. Perhaps Mr. Obama wants to address Don Rosenberg about the illegal alien Obama failed to deport, who ran over his son and killed him. I’m doubting he’ll have anything to say since he has not responded to either of Mr. Rosenberg’s letters.

While Obama presented emotional arguments about families their desire for a better way of life and such, he picked and chose whom he will allegedly apply immigration laws to and whom he would not. If you’ve been here five years or more illegally, you’re safe, but apparently if you’ve been here illegally one day shy of five years, you’re not.

Now here’s the thing: we expect people who live in this country to play by the rules. We expect that those who cut the line will not be unfairly rewarded. So we’re going to offer the following deal: If you’ve been in America for more than five years; if you have children who are American citizens or legal residents; if you register, pass a criminal background check, and you’re willing to pay your fair share of taxes – you’ll be able to apply to stay in this country temporarily, without fear of deportation. You can come out of the shadows and get right with the law.

That’s what this deal is. Now let’s be clear about what it isn’t. This deal does not apply to anyone who has come to this country recently. It does not apply to anyone who might come to America illegally in the future. It does not grant citizenship, or the right to stay here permanently, or offer the same benefits that citizens receive – only Congress can do that. All we’re saying is we’re not going to deport you.

One point I want to make here is this: Anyone, legal or not pays taxes. They pay taxes on everything they buy and every service they receive. They may not pay income tax, but let’s be honest, many citizens don’t pay income tax and frankly, that is a good thing. We should be seeking to abolish the income tax, not draw more people into it, but that’s what Obama is proposing.

He also lied about what amnesty is and isn’t. “I know some of the critics of this action call it amnesty. Well, it’s not. Amnesty is the immigration system we have today – millions of people who live here without paying their taxes or playing by the rules, while politicians use the issue to scare people and whip up votes at election time.”

Again, illegals pay taxes. They just aren’t playing by the rules and Obama isn’t going to enforce the rules, so he grants them amnesty. Is Obama not, in essence, granting those who have broken the law a pardon of some sorts as long as they come forward and fork over some money? He can add all the other caveats in his speech he wants to, but, in essence, that is what he is doing.

Barack Obama is violating the authority given to the Executive Branch under our Constitution. He is to be an enforcer of the law, not a lawmaker.

The most upsetting part of his speech was to somehow gloss over his lawlessness by referencing the Bible by saying, “Scripture tells us that we shall not oppress a stranger, for we know the heart of a stranger – we were strangers once, too.”

The problem is that we do treat strangers (immigrants) in America well and don’t oppress them. However, that is very different from welcoming those who are opposed to America, who wish her harm and have taken advantage of her and sought to undermine her foundations in their violation of law. This is ultimately what Barack Obama is proposing, and he believes that if he can twist Congress into violating the law by writing pretended legislation in favor of Obama’s lawlessness, then his actions will magically become lawful.

It is now Congress’ job to impeach the man, regardless of who the Vice President is. Obama has long shown that he has not faithfully executed the office of the President nor has he defended the Constitution against all enemies foreign and domestic. That is largely due to the fact that he is a domestic enemy.