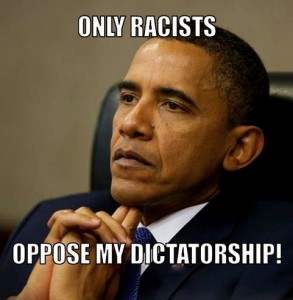 Barack Obama will return to the Las Vegas High School where he originally outlined his immigration reforms today, to sign the executive order that will allow major changes in immigration law to take place. There’s no doubt the venue was chosen carefully, Hispanics are a growing group in Nevada and he is more likely to gain public support there than he would by staying in Washington.

Almost half of the estimated 11 million illegal immigrants in the country will in some way be affected by the changes.

Under the plan undocumented parents of children who are U.S citizens or legal U.S residents who have been in the country for five years or more will be able to apply for work permits that last for three years. Those brought into the country illegally as children will also benefit from the plans.

In his address Obama said that his intention was to make it:

“easier and faster for high-skilled immigrants, graduates and entrepreneurs to stay and contribute to our economy”. (source)

I’m sure many born and bred American graduates who are currently flipping burgers will watch with interest to see where these people get decent jobs that allow them to contribute to the economy.

As predicted the Republicans have reacted with fury at the move, with Arizona Senator John Mccain calling it “an Illegal power grab” that “fails to address the root causes of the dysfunction in our immigration system”. (source)

There has been little comment from Democrats, aside from a senior administration official commenting that the plans take account of

The guidance [Mr Obama] has received from the Secretary of Homeland Security and the Attorney General about everything he could do under the existing law”, a senior administration official said on Thursday.

As for Hispanic and Latino campaigners…well they don’t think the measures have gone anywhere near far enough.

Jorge-Mario Cabrera of The Coalition for Humane Immigrant Rights of Los Angeles said:

“There is excitement but there’s disappointment at the same time because we know that there are a number of our loved ones who will potentially benefit from this relief and many who will be left out,” he said. “It underscores the issue that this is a temporary solution, not the permanent solution that we’ve been fighting for, for so many years.”

Pablo Alvarado, executive director of the National Day Laborer Organizing Network, said Obama’s new policies will create two tiers of immigrants. Among those who may not be granted relief under Obama’s plan are those who don’t have children, including many in the gay, lesbian and transgender community, as well as those who are living here with children who were not born in the U.S.

“In a family you’re going to have uncles that will be celebrating and aunts who will be left out,” said Alvarado, who said his group will continue to fight for a more inclusive policy. (source)

What doesn’t seem to have been discussed in depth by any group yet is the effect these changes will have on individual states. Integration could cost individual states tens of millions of dollars and there has been no indication of where that cash will come from.

Data shows that two-thirds of the 5.2 million people who will qualify for temporary deportation relief come from just six states: California, Texas, New York, Illinois, Florida and New Jersey. (source) How these states will cope with the extra administrative costs of integration remains to be seen.

What is clear however, is that Obama’s rule by diktat seems to be alienating the very people he took an oath to serve when he made his inaugural speech. The American people are sick of seeing him take a  club to crack an egg. The continual use of executive orders to enforce his will on the American people smacks of dictatorship, something that he seems very keen to wipe out in other countries.

Regardless of who wins the next presidential election, you have to wonder if Obama has set a precedent that will see future presidents of the United States, regardless of their  political affiliations, using executive orders to inflict their personal ideals on the American people.