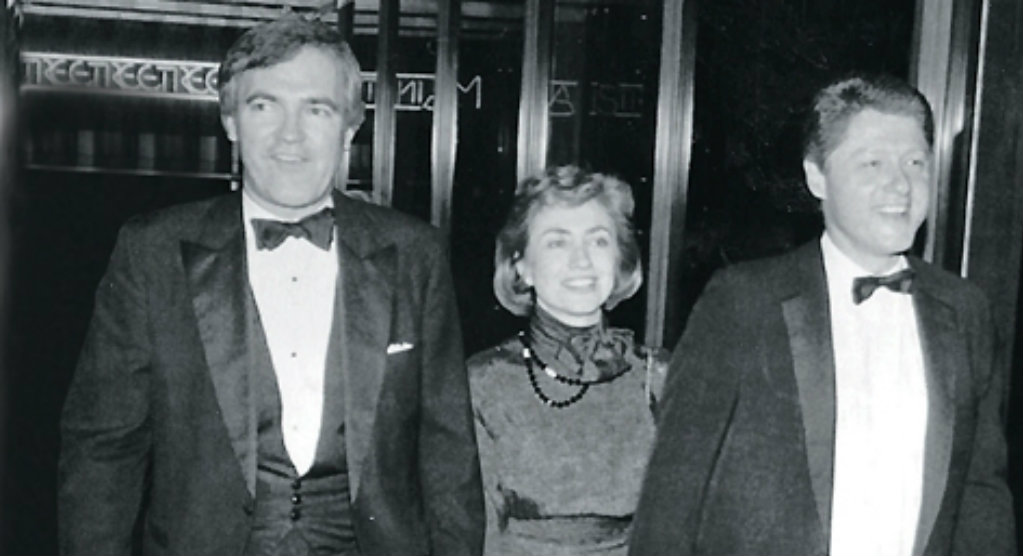 L.D. Brown was an Arkansas state trooper who served as a bodyguard to Bill Clinton in the mid-1980s when Clinton was governor and, therefore, saw and knew a lot of the shenanigans (and worse) that went on.

On Nov. 10, 1997, Brown gave a deposition at the DoubleTree Hotel in Little Rock. The text of the deposition, published in full by The Washington Post on March 13, 1998, was released by Paula Jones’s lawyers, as part of their response to the Clinton legal team’s motion for summary judgement.

Note: A deposition is a witness’s sworn out-of-court testimony, used to gather information as part of the discovery process and, in limited circumstances, may be used at trial. The witness being deposed is called the “deponent.”

Paula Jones is a former Arkansas state employee who sued then-President Bill Clinton for sexual harassment. Clinton entered into an out-of-court settlement, agreeing to pay Jones and her attorneys a total of $850,000, before the lawsuit was dismissed pre-trial on the grounds that Jones failed to demonstrate damages. The Paula Jones case precipitated Clinton’s impeachment. Charges of perjury and obstruction of justice were brought against Clinton based on statements he made during the depositions for the Jones lawsuit about the nature of his relationship with White House intern Monica Lewinsky, with whom he denied having a sexual relationship.

In his deposition, former state trooper Brown described how he had solicited women for Bill Clinton:

I would talk to them personally, sometimes give them my business card. If they were from out of town, I would find out where they were staying. If we were out of town and/or in town anywhere in Arkansas, I would try to get their telephone number and introduce them subsequently to the Governor…. I would usually say something like that I was his bodyguard or I was his state police officer.

Brown described a particular occasion when he accompanied Gov. Clinton to a Southern Regional Education board meeting in Boca Raton, Florida:

when it was time to go and pay the bill, the governor got in the car with the girl that I had given the card to, and we followed them to an area that was under development. It was kind of a remote area from this club… and they stayed back there in the car for a few minutes. I can’t remember how long…and then the governor came back and jumped in the backseat and we left and went back to the hotel…. Well, he [Clinton] indicated in so many words that she had performed oral sex on him.

Altogether, Brown said he’d solicited women for Clinton “maybe ten of fifteen times out of state” and “hundreds of times” in Arkansas.

When asked if he had any knowledge of whether Bill Clinton would meet women when he would go out jogging. Brown replied:

After he [Clinton] would leave jogging by himself [wearing jogging shorts], he would call me and have me come pick him up…. Sometimes he would call me…to let me know…he’d be at the Excelsior for a while, pick him up at such and such a time…. [Bill would] give me the room number where he was going to be…. Afterward when I would pick him up…He would be real concerned about where Hillary was and if she had called. “Do I look like I’ve been running?” things like that.

In 1999, Brown published his account as “a witness to almost all of the alleged offenses circling around Bill Clinton in Arkansas: misuse of state funds for sexual liasons, Whitewater, illegal campaign fundraising and bribery, as well as cocaine use and cocaine smuggling” in the book, Crossfire-Witness in the Clinton Investigation. Most of the book had been told under the penalty of perjury to investigators for Congress and the Office of Independent Counsel. Documentation for many events is included in an appendix.

The preceding is to establish that former Arkansas state trooper L.D. Brown is not a flake who spews nonsense.

Now that Hillary Clinton, from all indications, has her eyes set on running for president in 2016, The National Enquirer undertook a special investigation and succeeded in tracking down a testimony that L.D. Brown had made under oath during a government investigation into the mysterious 1993 suicide of the Clintons’ White House lawyer, Vince Foster. In his testimony, Brown said that Bill and Hillary Clinton are wild “swingers” – a bombshell disclosure  that can ruin her chances of winning the White House in 2016.

Recall that it was the Enquirer — when other media refused to — that alone pursued and broke the scandalous story of then-Democratic vice-presidential candidate John Edwards’ adultery and “love child” with political groupie Rielle Hunter. (See “John Edwards, a cad to the end“)

Bob Hartlein reports for The National Enquirer, Nov. 14, 2014, that in his sworn testimony, Officer L.D. Brown said he had eyewitnessed the wife-swapping of Bill, Hillary, and their respective lovers.

Brown told independent counsel Kenneth Starr that he was guarding then-Arkansas Governor Clinton and his wife at a Little Rock restaurant while they dined in a private dining room with two other couples.

What happened was “a diagonal swap,” bolstered by booze. Officer Brown watched in astonishment as Hillary and Vince kissed and fondled each other, while Vince’s wife looked on. Bill sat just a few feet away, kissing and hugging the wife of the third couple, whom Brown described as a “beautiful, gleaming Kewpie doll with brains.”

When the couples left the restaurant, Brown said Hillary and Foster were “drunk, kissing passionately,” and Foster had “his hand on Hillary’s rear and is just squeezing it all to hell.”

Brown also said both Bill and Hillary had admitted to him that they had an “open marriage.” Bill referred to the wife-swapping, saying: “We need to be happy, satisfied. Some people are satisfied in different ways!”

In an exclusive interview with the Enquirer, former Clinton aide Larry Nichols confirmed Officer Brown’s testimony — that the Clintons have carried their secret “as swingers all these years.” Nichols added: “But it will blow up when she runs for President – and could keep her from her and Bill’s dream of getting back into the White House.”