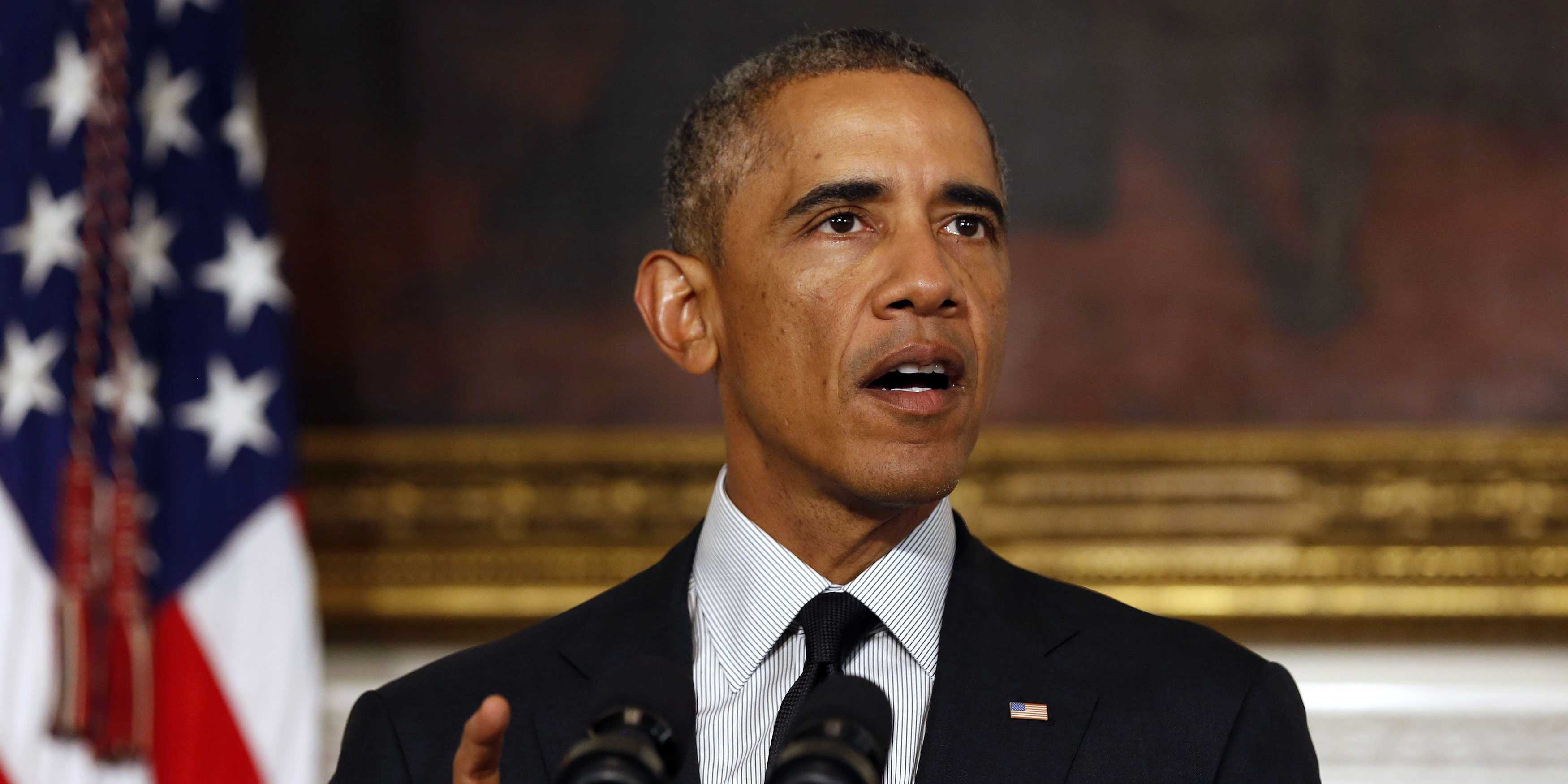 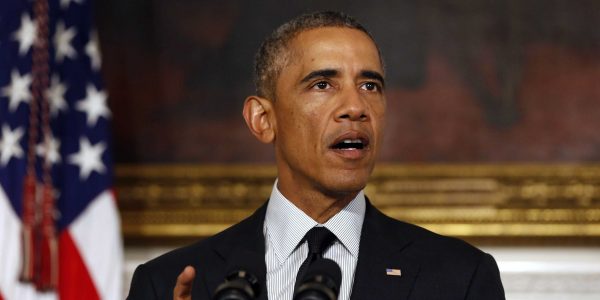 The illegal residing man in the Oval Office announced his “immigration” plan Thursday night, which, not coincidentally, was not aired by any lame stream enemedia station; but, it was aired by Univison and Telemundo. Interestingly, these stations are largely watched by those of hispanic geneaology. There was a strategic reason for that move – the majority of US citizens and those who arrived in this country legally are opposed to the plan.

The illegal alien leader of this country claims “our immigration system is broken; everyone knows that.” Again, the question to be answered has lingered – “How is the US immigration system broken?” Still, no takers have stepped forward to answer that question.

Many claims have circulated that it isn’t easy to become a US citizen. Well, it’s not supposed to be easy. Our immigration laws serve to protect this country and its natural born, naturalized, and legal citizens from an erosion of our national sovereignty, collapse of the US economy, contagious deadly disease pandemics, and entry of subversives and criminals into our nation. Put simply, immigration laws serve to protect the interests of legal citizens. If those who enter this nation in order to become citizens have to jump through many hoops, so be it. The freedom of this nation was forged with the blood of individuals who believed in the people’s right and ability to self-govern. Citizenship, for those who are not natural born citizens, is a privilege, not a right, extended to those who come to our nation seeking freedom, liberty, and the pursuit of happiness; sharing our founding principles; and valuing the Constitution as the supreme law of our land.

Congress and the President, past and present, have altered our immigration laws to appease the “squeaky wheel” known as illegal aliens, breakers of our immigration laws, and some of their families. US citizens have seen the debacle created with “anchor babies.” Citizens have accepted, some reluctantly, the first grant of “amnesty” to law breakers and were presented with broken promises for their compromise. The southern border was never secured, nor was it ever going to be. Citizens have been subject to the rise of criminal gangs originating from illegal alien invaders from every nation around the world that have infiltrated our country. Who hasn’t heard of some form of the Russian, Chinese, or Cuban mafia along with the ruthless number of Latino gangs that engage in gross criminal activity?

The only thing “broken” about US immigration law is the government’s lack of enforcement and creation of “exceptions” that have harmed legal US citizens. It has not been about “protecting the interests of legal citizens” at all; but, a surge to “stack the deck” against citizens in order to bring about a political agenda detrimental to the founding principles of this nation. Illegal alien invaders confidently protest in the streets of our capitol, meet with members of Congress, and partake of programs reserved solely for citizens without any fear of arrest, deportation, or punishment. This has happened in the past as well as recent times to the utter amazement of many citizens. Citizens born in the US, as well as those who legally participated in immigration and naturalization, are outraged at the favoritism exhibited toward lawbreakers, instead of the interests of the citizens.

So, in response to the illegal alien resident in the Oval Office, there is much to be said.

Barack, you are appealing to the emotions of US citizens on the issue of immigration, particularly excusing those who have broken the laws regarding immigration and naturalization. Whether you realize it or not, US citizens extended an “excuse” many years ago, only to be betrayed by promises made by politicians who sought only to get their way instead of protecting the interests of legal citizens. This is not a “political” issue and there is no politics involved when you talk to the average citizen. There is no “fear” as you put it when it comes to immigration. US citizens have never had a problem with immigration or immigrants, as long as these individuals follow our immigration laws. Let me repeat that for you.

US citizens have never had a problem with immigration or immigrants, as long as these individuals follow our immigration laws.

While you claim that “we need reasonable, thoughtful, compassionate debate that focuses on our hopes, not our fears,” you yourself fail at any of these qualities refusing to even debate or entertain any idea but your own. You refuse time and again to ensure the laws are “faithfully executed” which means that laws are enforced – not just the ones you like. You are not sitting in a position of authority to be the “advocate” or “leader” for the immigration community. Your job, Barack, is to function as the leader of this nation, a nation of legal citizens, upholding the interest of citizens through the respectful enforcement of the constitutional laws of this nation.

Yes, our country welcomed immigrants. The US welcomed those who shared our founding principles of being created equal; being free from tyrannical, monarchical, dictatorial rule to self-govern; being able to pursue our happiness with limited government intrusion; sharing the self-evident truth that we are endowed by our Creator with certain unalienable rights; believing that governments are instituted among men to protect those rights, deriving their power from the consent of the governed,being dedicated to upholding, defending, supporting, and protecting the Constitution of the United States, and upholding personal responsibility, along with moral and ethical behavior. Citizens of the US do not welcome those whose philosophy is antithetical to any of these ideas regardless from which country an individual originates.

Immigration is not an issue of race, politics, gender, or religion. Immigration is a tool that protects this nation from harm from within. Granted, it is a concept with which you are familiar and a concept that you abhor. Your actions speak louder than your words, Barack – it is visible for all the people to see.

No amount of appealing to the “sentimental” side of US citizens will persuade them otherwise on immigration. That side of citizens was taken advantage of, abused, and used up long ago. No longer can citizens afford sentimentality. Our right to exist as a free nation is being challenged on all fronts. Citizens are throwing off the chains of sentiment, choosing to operate in the practical, thinking of the future instead of the here and now. Citizens are beginning to see the facade, the false face of this administration. They are not pleased, Barack.

Your “hope and change” for this country was to transform it into some communist/socialist/Marxist/Muslim dictatorial tyranny that would be sold to the highest foreign country bidder – a total destruction of the United States. Immigration, for you, is just another tool in order to do that. By allowing every Tom, Dick, and Harry access to the US, your hope is to bring this country to a full economic collapse ripe for the taking. Instituting martial law against civil disobedience would allow for total usurpation of power, genocide by government decree, and a splitting of this nations’ land to nations that would destroy it through war to gain territory. While Congress may not have the courage to stand strong against your planned “reign of destruction and tyranny,” not all citizens are like Congress.

While you may have thought yourself “slick” quoting scripture, many citizens recognize it for what it is. For as Christians know, the devil is well versed in the scripture. You have proclaimed the most beautiful sound to you as the “Muslim call to prayer.” Now, you defile the Lord our God by quoting His word. Let me educate you, Barack. The most beautiful sound is the voice of Our Lord and Savior, Jesus Christ. You would know that if you were a Christian, which you are not. Further, no one has oppressed or is oppressing a stranger. Expecting someone to follow the law is not oppression but following in the commandments of Our Lord. Again, you would know that were you a Christian.

As has been revealed, you are a Muslim; a Christian would not celebrate Muslim holidays or their sacrilegious traditions. It is well-known that you hold fast to hosting Muslim events in the People’s House.

Romans 12:19 – “Dearly beloved, avenge not yourselves, but rather give place unto wrath: for it is written, Vengeance is mine; I will repay, saith the Lord.”

Deuteronomy 32:35 – “To me belongeth vengeance and recompence; their foot shall slide in due time; for the day of their calamity is at hand, and the things that shall come upon them make haste.”

Hebrews 10:30 – “For we know him that hath said, Vengeance belongeth unto me, I will recompense, saith the Lord. And again, the Lord shall judge his people.”

1 Thessalonians 4:6 – “That no man go beyond and defraud his brother in any matter: because that the Lord is the avenger of all such, as we also have forewarned you and testified.”

Rest assured, or better yet toss and turn, Barack, the Lord will exact his vengeance on those who trespass against His people. Sometimes, that vengeance is done in the hereafter for eternity and sometimes it is exacted here on earth and for eternity.