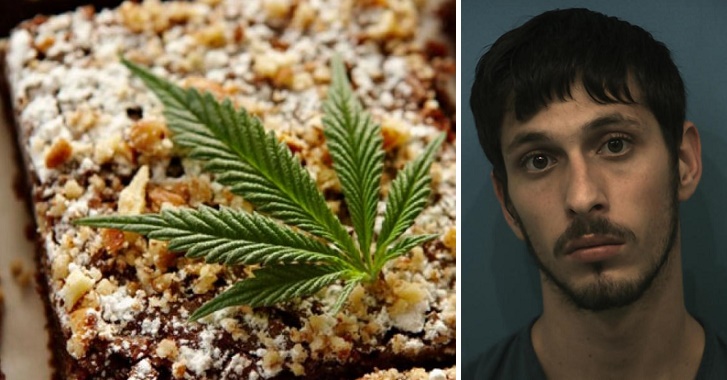 Earlier this year, we reported on Jacob Lavoro of Round Rock, Texas’ story; at the time, he was being charged with a first degree felony for selling hash oil brownies. He was set to receive an absolutely insane possible sentence of life in prison for weed brownies.

He is now officially on 7 years deferred probation, and he did not have to serve any time in prison. He believes it’s because of the extensive alternative media coverage of the amount of time he was set to face.

In an interview for The Anti-Media, I asked him to just say whatever he wanted about his case and how he feels about the charges being reduced so drastically, and he said this:

“I feel good about not going to prison. I think all the media pressure I had on my side helped me tremendously. I think if I didn’t have that kinda pressure that they would have been successful in putting me behind bars for quite a while.

I also still think as a first time offender the verdict is still pretty harsh.

I’ve seen rapists get off with less probation. I fully agree with legalization, so this so called justice system can stop ruining young peoples and older peoples lives over something so harmless as weed. Because this is proven so far to continue to hold me back from getting approved in any apartment complex and a lot of private houses even including some jobs.“

His charges were reduced to just one second degree felony of 1-4 grams of hash with intent to sell, as opposed to the original charge, where the entire weight of his brownies were counted as pure hash.

This is a victory for Jacob Lavoro, for cannabis and anti-drug war activists all over America. This is also a victory for the Independent Media’s power to influence things as seemingly concrete as legal cases by publicizing injustice to an extreme degree.

We have the power to stand up against injustices like this one, and truly change the outcome by spreading around info, and getting masses of people to comprehend the immorality of a situation.

From Ferguson, to Round Rock Texas, 2014 has proven itself to be a year of empowerment for the people, a year of collectively standing strong in the face of injustice with success.

Please share this good news with as many people as possible, because it’s just such a positive thing. If you shared the articles about Jacob facing up to life in prison before, you made your contribution to his freedom from incarceration, and what you did made a significant difference.