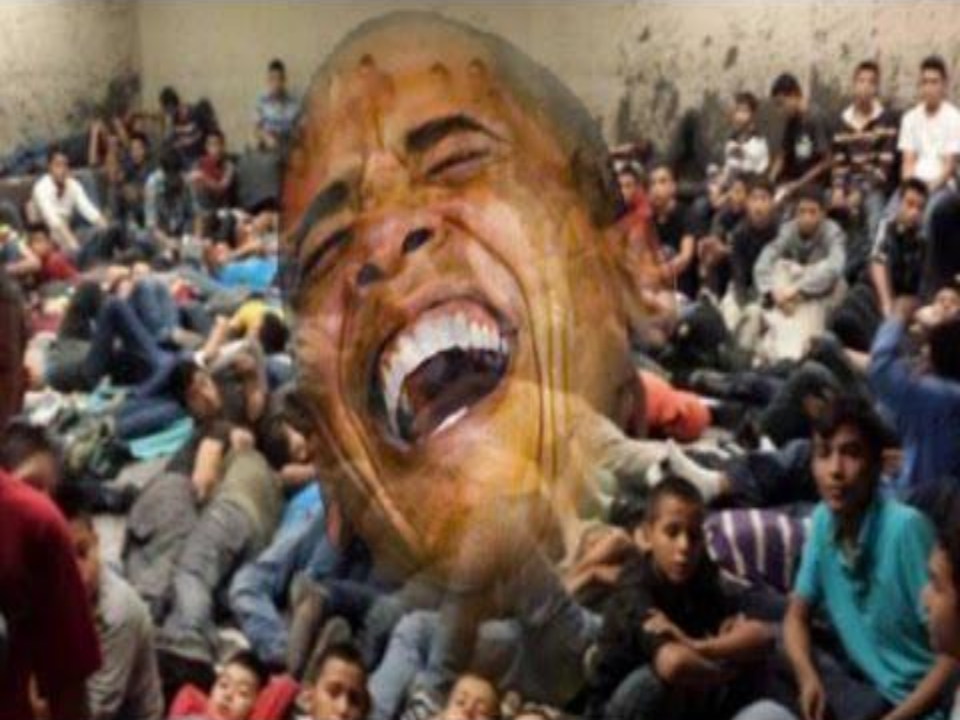 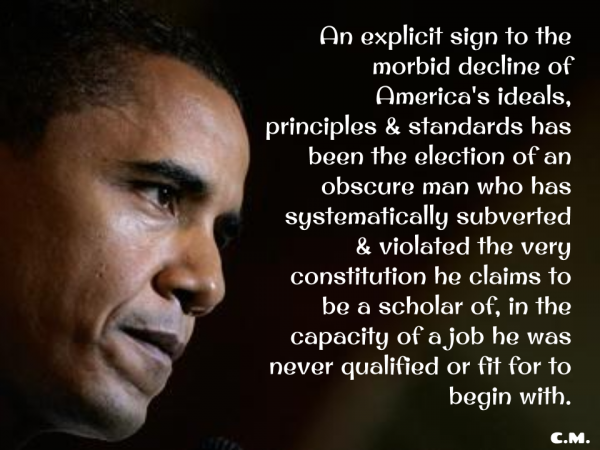 ~”When I took office, I committed to fixing this broken immigration system. And I began by doing what I could to secure our borders. Today, we have more agents and technology deployed to secure our southern border than at any time in our history. And over the past six years, illegal border crossings have been cut by more than half.
Although this summer, there was a brief spike in unaccompanied children being apprehended at our border, the number of such children is now actually lower than it’s been in nearly two years. Overall, the number of people trying to cross our border illegally is at its lowest level since the 1970s.
Those are the facts.”~
-Barack Hussein Obama’s national immigration address to the nation, 11/20/’14-

The above is an excerpt from Obama’s immigration address to the nation a few nights ago. Just reading this portion of it is almost enough to start making any rational person’s eyeballs bleed. If I could convert the necessary willful suspension of disbelief required to believe anything that proceeds from the mouth of this lawbreaker into kilowatts, I couldn’t produce enough energy to fully illume a single bulb on a string of Christmas lights.

Consequentially, I guess all of the copious sundry reports we’ve seen during these past 6 years describing the porous state of our southern border, the glaring threats that porous state poses to our national security and safety become arbitrarily dismissed given that those reports just do not align or comport themselves with Obama’s own interpretation of facts as he systematically obliterates the rule of law for the sake of political expediency.

If the reality of this decrepit malaise wrought by Obama’s pernicious dereliction weren’t so offset by the horrific abuses his metastasizing influence has and will continue inflicting upon the national landscape of our country in perpetuity, the absurdity of this travesty would be pure political burlesque when you think of this pathological liar lecturing anyone about facts. Especially those facts as they pertain to the circumstances of our southern border, when earlier this year we had Obama and members of his Democratic Party coordinating the enormous invasion of thousands of diseased illegal aliens into our country in their goal towards advancing a subversionary political agenda. An incursion that would initially be described as a humanitarian crisis by the boilerplate media, but later described by members of the National Association of Former Border Patrol Officers as being nothing less than “manufactured” as detailed in the excerpt from a June 23rd, 2014 article at Breitbart:

~Breitbart Texas obtained a June 23 NAFBPO press release in which the Obama Administration was blamed for the spike in illegal immigration.

“The present invasion of thousands of unaccompanied minors is the obvious desired result of the current administration, the United States Senate that passed S-744, and every other elected official in the United States that has not stood up and demanded that the immigration laws of the United States be fully enforced,” the press release stated.

It continued, “This is not a humanitarian crisis, this is a manufactured crisis. Any media outlet that calls this a humanitarian crisis is concealing what is actually happening. This is the result of American leaders taking America into a lawless state over time and this latest invasion by opportunistic law breakers is a direct result of their actions. Period.” ~

A manufactured crisis that in its wake saw the viral outbreak of respiratory enterovirus D-68. A strain of virus responsible for hospitalizing over a thousand Americans across 47 states since mid-August of this year and has been detected in 12 specimens taken from 12 patients who had died and had samples submitted for testing (many if not most of these patients were children). While Obama sycophants contended this contagions presence in our nation predates the border surge, it’s nonetheless conspicuous that there’s been no previous similar instances of mass infections reported in recent years on such a scale involving this virus like what we’ve seen just since this latest breach of our nation’s sovereignty. As I’ve remarked before, what’s worse is this absence of any expressed public outrage for those children whose deaths could be accredited to Obama and Democrats criminal negligence for their role in paving the political groundwork which made those deaths possible. That silence is cacophonous. 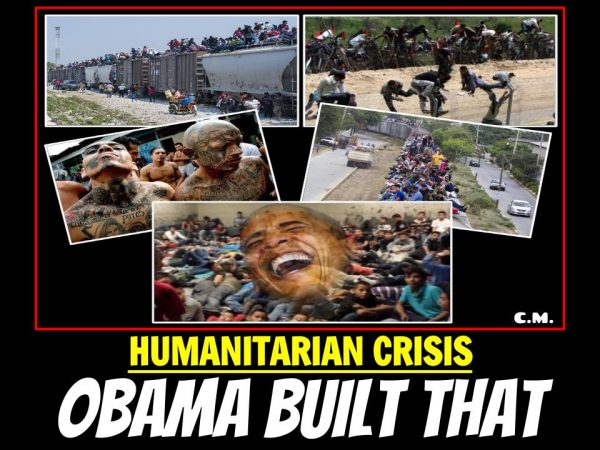 It should be noted too how in Obama’s vast repository of facts, he conveniently failed to make mention during his recent national address of his having orchestrated the release of 68,000 criminally convicted illegal aliens from ICE custody, citing “budget cuts” back in 2013. Subsequently these convicted illegals were dispersed across specifically targeted states, with this administration purposely refusing to disclose the locations of where in those states these illegals had been deposited. The nature of these criminal convictions run the gamut as detailed in the following excerpt from a March 31st, 2013 article at foxnews.com:

~CIS called it a “large-scale abuse of authority.”

“The Obama administration’s deliberate obstruction of immigration enforcement, in which tens of thousands of criminal aliens are released instead of removed, is threatening the well-being of American communities,” study author Jessica Vaughan said in a statement. “It’s not a matter of if, but how many families will suffer harm as a result.”

The ICE documents did not break down the types of criminal activity that those allowed to stay in the country had been convicted of. But a 2012 report by House Republicans tracked 26,000 illegal and criminal immigrants who were re-arrested, and found they were tied to 58,000 crimes and violations — much of them drunken-driving arrests, but also major criminal offenses like murder and rape.~ 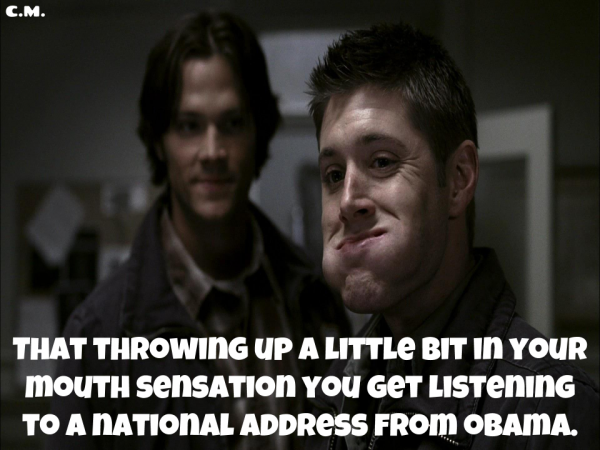 But how dare anyone contradict and muddle Emperor Obama’s distorted narrative with actual facts. I understand that being a white citizen daring to express a contrarian opinion to America’s first black president axiomatically typecasts me as a racist. I mean we’re talking about a president who processes more scandals and controversies than Jimmy Dean does pork sausage. A president and his administrative minions who habitually erode and divide a nation along racial lines. A president whose voluminous assortment of scandals and controversies includes his recent comment to the racist militants plaguing Ferguson, Missouri, to “stay on course” in their radical subjugation of this St. Louis suburb. 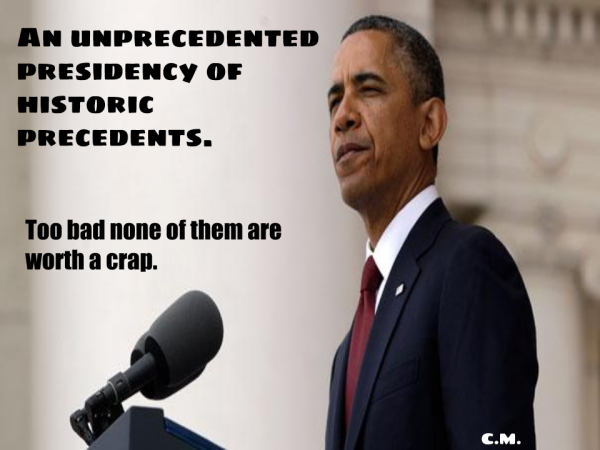 Then we have the arrant truancy for 6 years running now of any substantive political undertakings by the ruling class RINO’s of the GOP to enact efforts to stop the helter-skelter insolence of Obama’s rampant megalomania in its tracks. Oh they’ve expressed enough simulated outrage in their rhetoric to be sure, but whenever the rubber would hit the road, their engines all suspiciously stalled, leaving them on the side of the road shaking their fists for appearances sake in Obama’s rear view mirror. Yet there’s a report out now detailing an effort by 2 House Republicans proposing legislation they’ve titled, the “Separation of Powers Act“. This piece of legislation is described in an excerpt from a November 21st article at theblaze.com:

The “Separation of Powers Act,” from Reps. Ted Poe (R-Texas) and Diane Black (R-Tenn.), would stop funding for any deferred deportation action under Obama’s plan, and also stop funding for any new green cards that would be created by the White House. It’s one version of a bill that could be considered by House Republicans when they get back from the Thanksgiving break.

“Time and again this lawless administration has defied Congress in order to unilaterally implement its own agenda,” Poe said Thursday. “This legislation will allow Congress to exercise its ‘check’ on an out-of-control White House that treats the Constitution as a mere suggestion, not the law of the land.”~

This is what our government of the people has been reduced to. By the calculated lawless edicts of a president who, because of his color remember, has been allowed to impose such scopious political ruin on the United States, lawmakers now must pass legislation that has to explain the function of government to this so-called constitutional scholar. All in a concentrated effort to prohibit this monarch wannabe from causing even more extensive damage than he already has. But is it too little too late? When you think of how no other white president in our history would have been suffered to do even a third of what this atrocity has done before finding themselves dragged out of office, indicted, and prosecuted, I’m thinking perhaps it is.

I mean we’re suppose to look to House Majority leader and Speaker John Boehner for leadership? An established RINO who, apart from his being an alleged surreptitious supporter of Obama’s immigration agenda, has also been implicated in aiding this administrations suppression of witness testimony of Benghazi survivors during previous Capitol Hill hearings and investigations dating back to 2013.

This government machine is a daunting imbroglio and labyrinth devoted to colluding fraudulence, subterfuge, scheming and corruption of such monumental proportions, its no wonder many draw the conclusion that it would be easier just to burn this infested rat hole to the ground and start over than try to wade through all of the polluting filth hoping to find even a scrap of truth. If you had any suspicions before Obama came along that the peoples government just may no longer belong to the people, then I’m willing to bet those suspicions have been confirmed beyond any shadow of a doubt and laid to rest by now.

With the lack of willingness by GOP RINO’s to stop Barack Hussein Obama’s ceaseless attacks against the rule of law in our country, given the populace view that no authentic resistance is essayed by the GOP against Obama’s depredations just because he’s black, and the only thing I can take away from all of this is perhaps Obama and his Democrat consociates guiding belief in the stupidity of the American people has been tragically vindicated. 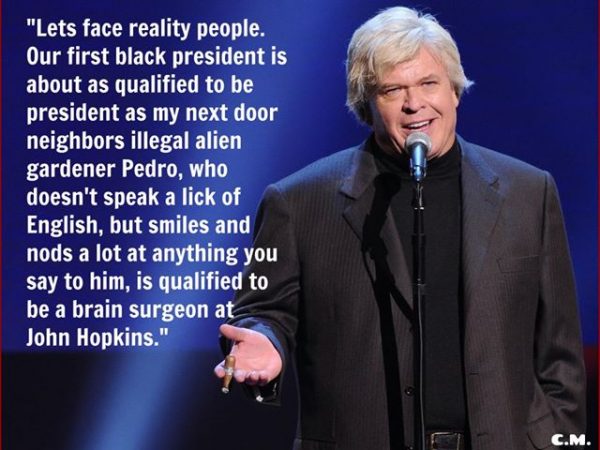