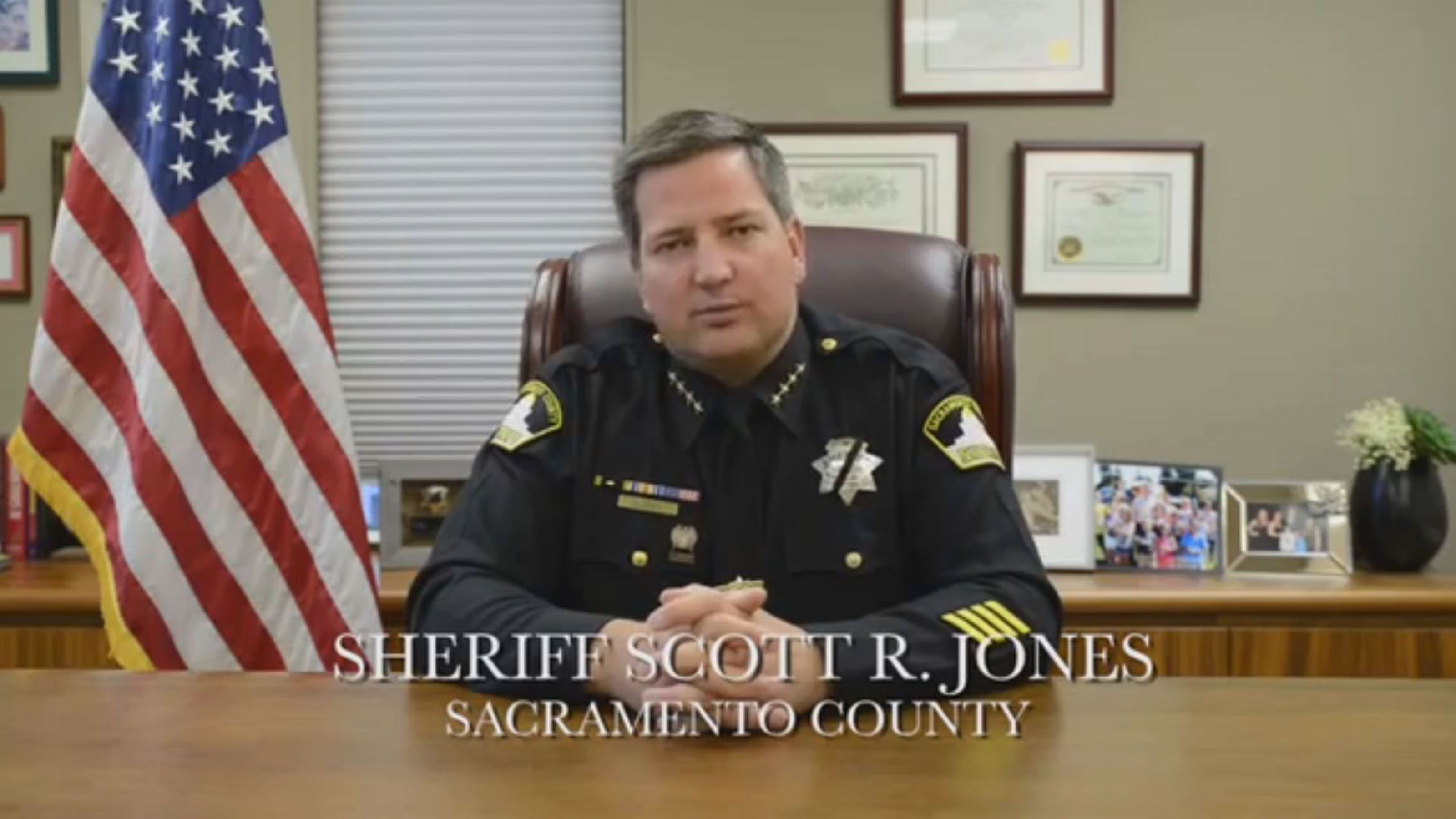 Barack Obama’s address on Thursday has brought a plethora of responses from various political pundits, including yours truly. Sheriffs from across the country preemptively determined to gather together on December 10 to urge representatives to stand against Obama’s illegal and unconstitutional disregard for the law. However, Sacramento County Sheriff Scott R. Jones had some straight forward words for Obama concerning what he thinks of Obama’s criminal actions to ignore the law and fail to secure the border while helping those who are violating the law. Specifically, Jones pointed to one of his deputies who was killed by an illegal alien.

Sheriff Jones represents over 1.4 million people in his county. He is not anti-immigration, but is rather very supportive of immigration. “My relatives, like many other Americans, were immigrants and I truly believe that everyone should have the opportunity to realize and live the America Dream,” he said.

“Two weeks ago today, I had the unfortunate distinction of burying one of my deputies,” said Jones. “His name was Danny Oliver and he was shot a single time in the head during a casual encounter with a suspect.”

Jones added that another deputy in a nearby county was also shot and killed by the suspect during an ensuing manhunt. The suspect also engaged in several car hijackings and shot at many other peace officers, as well as other people, including an innocent civilian in the face.

Sheriff Jones said that he was informing Barack Obama of this particular person and the subsequent deaths and criminal activity because the suspect was in the United States illegally from Mexico with a significant criminal history. Additionally, the suspect had been removed four times without any consequences for his actions.

He laid into Mr. Obama concerning his policies that have led to the deaths of many Americans. Though he didn’t blame him for those deaths, he did take the opportunity to point out what happens when the law is not enforced properly.

“Only you are singularly responsible for the hands-off policy that exists within Homeland Security and its subsidiaries, including the Customs and Border Protection,” Sheriff Jones said. “They don’t need a raise to improve morale and organization, they need to be allowed to do their jobs and carry out their mission to keep America safe.”

Clearly, he was pointing to how both Border Patrol has had their hands tied by this administration and how Immigration and Customs Enforcement, who also operate under Homeland Security, have been kept from doing their jobs as well.

Jones also said that it was singularly Obama’s fault that there has been no meaningful immigration reform, in spite of the fact that current immigration laws are just fine if they are enforced.

The Sacramento Sheriff said that many illegal aliens in the country were productive, while there was a large number of illegal aliens who engaged in criminal activity, even against other illegals. In those circumstances, the victims were fearful of calling for help because of being in the US illegally.

“The problem I have is I can’t tell which ones are evil and which ones are good,” Jones said. “And neither can you. By their very definition they are undocumented, untracked, untraced and unaccounted for.”

While the sheriff expressed a desire to “track” illegals, which I disagree with because it would entail tracking US citizens, I do think there should be a simple way of dealing with those who are here illegally.

Sheriff Jones says that though California has started to provide driver’s licenses to illegals, he says that is not identification because they are often predicated on forged birth certificates or inadequate documentation. While I agree, I have would have to ask the Sheriff if he would accept my driver’s license as identification if I was pulled over in his county. I’m guessing he would accept that.

“This is not about racism,” he added. “It is about an increasingly violent and uncertain world in which we are inadequately protected.”

He also warned Obama not to blame the states for their actions as they are “just trying to get by as best they can.”

“It is not the state’s responsibility, nor within their province to address immigration,” said Jones. “But you allow them to do so because you are unwilling to.”

“It is squarely the policy makers in Washington’s failure, including your own that has left us in this crisis,” Jones told Obama. “This crisis falls squarely in the jurisdiction of only the federal government.”

Jones then called on Obama to make immigration reform a priority, pointing out that he doesn’t have a political reason for not doing so nor a moral or ethical one. Jones said he didn’t care which avenue he took, but said, “Deferred action, or amnesty, is deferring this crisis. It is not reform. It is simply giving up and it does nothing to make America and the undocumented population safer.”

Sheriff Jones also said he would be on a plane to Washington if he could be of service in that regard, but he also said that there was no excuse for not securing the borders. Whatever else takes place, Jones said that the borders must be secure in order for reforms to work. “So what possible reason could there be for not starting on this immediately?” he asked.

Well, I can tell Sheriff Jones. You are dealing with a criminal Marxist, who wants our borders unsecure, wants our system overwhelmed to the point of collapse and wants to provide settlement for the enemies of America. The way to settle this issue and all others that are a part of this criminal administration is to bring justice upon them, and so far, all we’ve heard from anyone is how we should not bring justice upon them. Until that is dealt with, don’t expect actual immigration reform to take place.