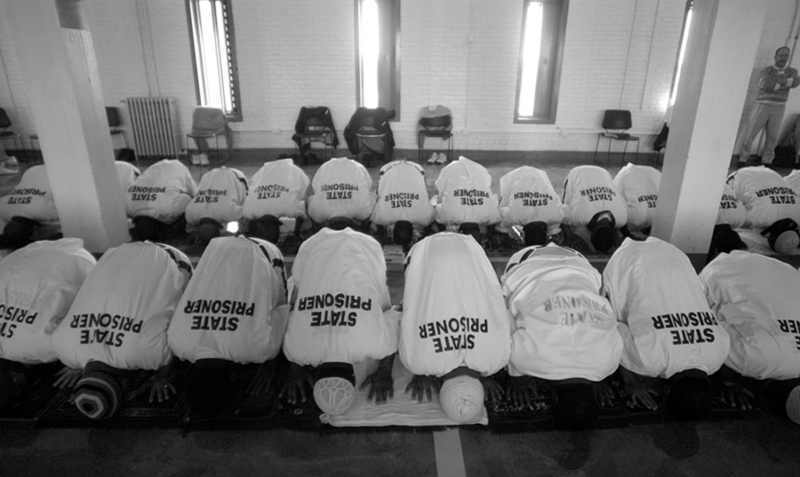 In case you are unfamiliar with the term “farm team”, it is a baseball term used for those minor league affiliates responsible for developing players that will someday, hopefully, become skilled enough to join the big leaguers.

It turns out that Islam has its own “farm team” that is producing 35,000-40,000 new prospects each year and it is happening with the support of your tax dollars.

I am sure that many have heard the standard numbers used to indict the American prison system. Roughly 25% of the World’s prison population is in the United States, a country that boasts only 5% of the World’s overall population.

In other words we have about 500% more of a prison population than it seems we should. That is the contention.

Though we understand the arguments of an over zealous legal system, that allegedly imprisons too many, we don’t often look at the totality of the negative results of their creation.

Are you aware that the Muslim population of those prisons is roughly 18 times higher than it should be? And considering that Islam is the self-proclaimed “religion of peace” then you could make an argument that the population of Muslims in American (or any) prisons should be even lower than other (non-religion of peace) groups. However, this is not the case. As reported by The Daily Caller:

This is more than 18 times the national representation of Muslims in America, reported to be 0.8 percent. Prisons are churning out converts to Islam who are taught they are righteously entitled to control the religion, speech, and dress of family, co-workers and strangers.

The key to conversion success is clear. Our government has been contracting and paying Muslim Brotherhood front groups, such as GSISS (The Graduate School of Islamic and Social Sciences) and ISNA (Islamic Society of North America) to screen and assign Muslim prison chaplains for at least 8 years.

That is probably not the only “key to conversion.”

I look at this in the same way I look at ISIS. Only someone whose head is buried deeply in the sand can deny that our government was instrumental in creating, training, and arming the current Islamic State.

However, they know where to go to find the talent. It’s not like it is hard to find “radical” muslims to do their dirty work. If you need something done, and need a particular type of person to do it, you simply need to know where to go.

So why would Islam thrive in prisons?

Think about it because sometimes common sense will override statistics.

If you are a child molester, wife beater, indulge in incest and bestiality, or simply like to express yourself through gang rape, what religion is most willing to support your occupation?

If you like to kill people but simply need a justification for doing so, what religion might you choose?

If you are the scum of the earth, and wish to have fellowship with others like you, it is simply a “no-brainer.”

If you don’t fully comprehend the danger being created in our prisons, here are a few prime examples courtesy of Bare Naked Islam:

In April 2010, Larry James murdered his mother, pregnant wife, 7-month-old son, 3-year-old niece and 16-year-old niece for refusing to convert to Islam. James converted in 2007, while in a U.S. prison.

Then two months ago Colleen Hufford, a 54-year-old grandmother and factory worker in Oklahoma, was beheaded with a produce knife by Alton Nolen who likely converted to Islam in a U.S. prison. Nolen is being charged with workplace violence.

Last month NYPD officer Kenneth Healey, 25, was axed to death with a hatchet to the side of the head. He was not attacked by a “lone wolf,” but by ex-con Zale Thompson. New York City Police Commissioner William Bratton has called it a terrorist attack, and the NYPD might want to look at Thompson’s record in California where he did two brief terms in California prisons.

Islam is very much a religion that can justify pretty much anything that might be perceived as criminal or immoral. It can even justify sodomy so long as it is with the intention of storing more bombs. Sad but true.

Like to eat human beings? Islam can offer an outlet for cannibalism too.

Islam is not a religion. It is a death cult.

So, again, throw all of the statistics out the window.

If a bad person suddenly wants to feel better about themselves what religion might they choose?