America is in the midst of gut-wrenching inner turmoil because of the man who deems himself king. From his inserting himself into the Ferguson powder keg with his “stay the course” comment…to the Ebola false flag that we would soon see a large scale outbreak extending from coast to coast…to dishonoring those who came to our country LEGALLY by giving amnesty to those who did NOT…Barack HUSSEIN Obama has continuously shown himself to be what we all feared…a racist of the worst kind, a traitor to America, and an enemy combatant who basically looks away as American heads roll…and he does it all by simply saying four proven dangerous words, “I have the authority.” 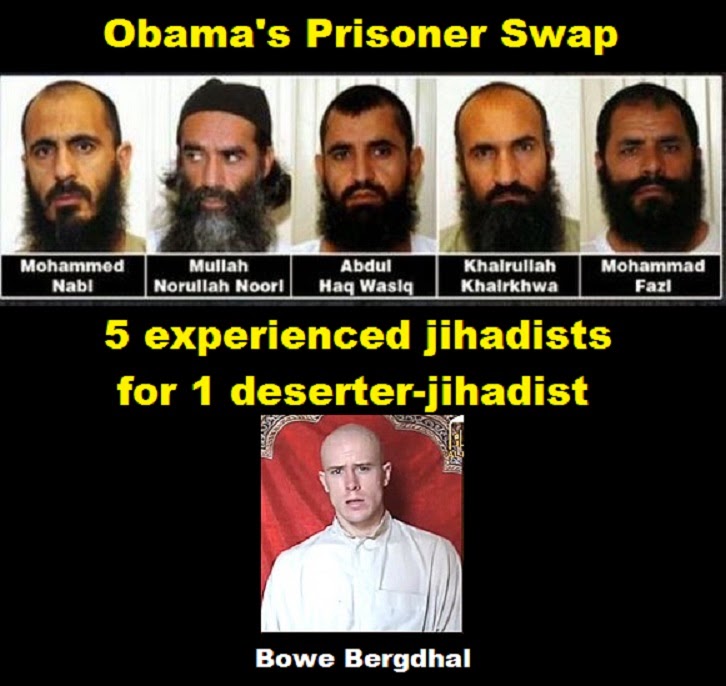 Where this man stands with the first three are in-your-face obvious…where he stands with the last is veiled behind his muslim allegiances. As if this past May’s trade of five Taliban fighters for one American traitor wasn’t bad enough…if ‘We the People’s’ outrage wasn’t yelled loud enough…now hidden amongst all the rightful indignation over his most grievous act of defiance regarding amnesty…another very serious action has gone basically unreported or given mere lip-service to by America’s leftist controlled media…as yet another impeachable offense has been committed by the man who thinks the Constitution is NOTHING but kindling to fuel the fires of his liberal islamic socialist agenda. 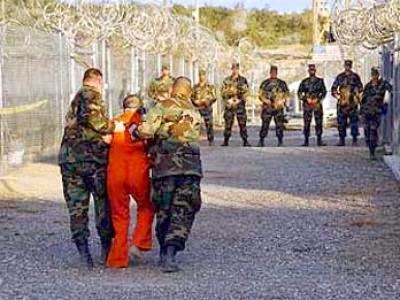 Choosing to violate the rules regarding captures on land and sea…as per Article I, Section 8, Clause 11 of the Constitution…“To declare war, grant letters of marque and reprisal, and make rules concerning captures on land and water”…a power that is supposed to go to Congress…this most miserable of presidents has willfully chosen to disregarding both the pleas from Congressional Republicans and the outrage and outcries of the American people to stop any further trades or releases of GITMO prisoners from taking place. With the anger of his ‘Five for One‘ trade still fresh in our minds, the truth is that Obama still refuses to listen to America’s collective voice, and has again released another five of the worst of the worst…this time four al-Qaeda fighters from Yemen and one from Tunisia…including a senior operative who facilitated travel to Afghanistan for Arab extremists. And he did this knowing full well that the five released this past May had joined with and are fighting alongside ISIS, making this newest release a clear and flagrant danger to U.S. interests both abroad and at home.

Justifying…in his own mind…this release on an administration task force’s determination…a determination made way back in 2009…that these newest five…captured in 2002…were just like the previous five…as in low-level prisoners that NO longer posed a threat to anyone (yeah right)…then why did he wait five long years to release them…something to think about now isn’t it. 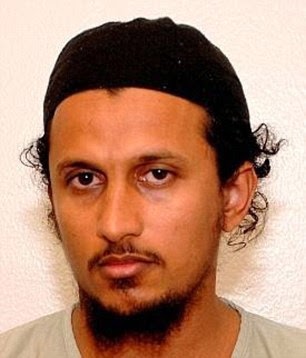 Sending three of the four Yemini nationals…Abdel Ghaib Ahmad Hakim, Salah Mohammed Salih Al-Dhabi and Abdul Khaled Al-Baydani to the country of Georgia, and sending Yemini Husayn Salim Muhammad Al-Mutari Yafai along with Tunisian Hashim Bin Ali Bin Amor Sliti to Slovakia for ‘resettlement’…we just know that it’s only a matter of time before they too are fighting alongside ISIS…just like the previous five. In fact, in April 2008, this same task force determined that Yafai was at high risk for returning to his past terrorist activities and recommended that he continue to be detained, but suddenly one year later he’s deemed NO longer a threat and five years later released. Quite odd I would say.

And guess what…there are still approximately 74 additional prisoners who also have been cleared by the same task force and are awaiting so-called ‘resettlement.’ In fact, 36 of those have been designated for detention without charge…meaning they get to walk scott-free. And 23 of those are soon to face prosecution with 10 slated for upcoming trial by a military commission with a few already having been tried, convicted, or sentenced…all the cream of the terrorist crop…sarcastically said.

So in addition to his child-like temper tantrum with its amnesty payback over his and his party’s big Election Day loss, NOT only do we have criminal ILLEGALS made LEGAL with a Constitutionally damning swipe of his pen to worry about, now with this prisoner release Obama has drawn battle lines in the sand with the new Republican controlled Congress that I assure you will get dirty as the threat of these men returning to their terrorist ways is a given…and both Obama and Congress know it. 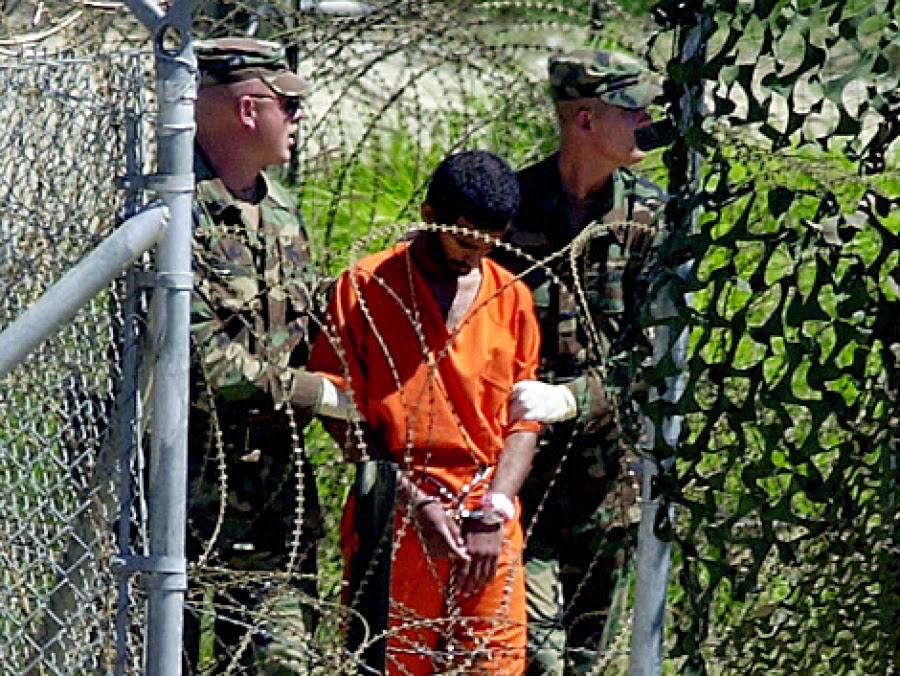 “What the Obama administration is doing is dangerous and, frankly, reckless. They have chosen many times to put politics above national security. It’s time they stop playing with fire and start doing what’s right. Until we can assure the terrorists stay off the battlefield, they must stay behind bars,” said Representative McKeon in a letter he addresses to Defense Secretary and islamic sympathizer Chuck Hagel.

Now putting partisan politics above national security after his campaign vow to close GITMO having been thwarted by a then Republican Congress, dangerous and reckless are words McKeon chose well for this sitting Democratic controlled Congress has allowed prisoners to again be released NO matter that those released, are truly as they say, ‘bad men.’ ‘Bad men’ of the likes that according to the Office of the Director of National Intelligence, 107 of 620 prisoners released from GITMO…as in 17.3 percent…have been confirmed as immediately upon release returning to their terrorist ways with another 77…translating to 12.4 percent…being highly suspected of also having immediately returned to their terrorist ways, translating into once brainwashed into the ways of jihad that brainwashing will be hard if NOT impossible to undo. 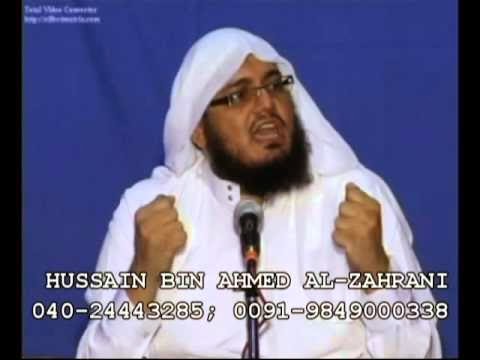 And if that wasn’t serious enough, how’s this for total ludicrousness…now we have a 13th prisoner being released from GITMO this year alone… released to return home to Saudi Arabia and comes within days of the release of the newest five, proving that Barack HUSSEIN Obama does NOT care about Congress’ or the public outcry over these actions. Releasing just this past Friday, 12-year prisoner, Muhammad al-Zahrani, simply because the Obama administration said they needed to keep GITMO at 142 prisoners…detainees as they call them…tops, further proves the laize-faire attitude towards the outcry of the American public against the policies of the man who would be king.

And the cherry atop this traitorous cake is that Obama has said that more prisoners will soon be released in the upcoming weeks as part of his renewed effort to close GITMO. Close GITMO and send terrorists back into the populace to continue their terrorist ways just like he’s now sending ILLEGAL criminals directly into the American populace with the swipe of his pen to do God only knows what. And this sitting Congress is as guilty as Obama for they do NOTHING to stop a man wheeling out of control who sides with the enemy NOT even bothering to hide his actions in plain sight.

Courtesy of Diane Sori at The Patriot Factor.