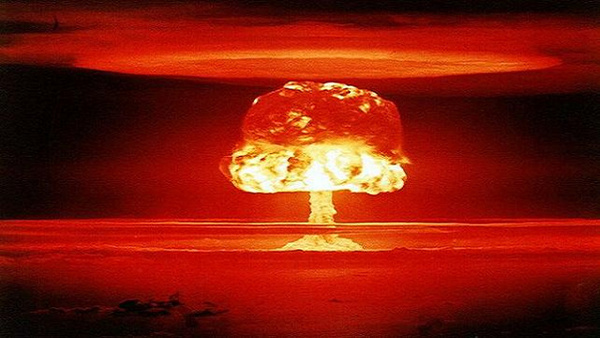 If the United States and Russia fought a nuclear war, who would win?  You might be surprised by the answer.  Under the Obama administration, the rapidly aging U.S. strategic nuclear arsenal has been shrinking.  Meanwhile, the Russians have been developing an entirely new generation of bombers, submarines and missiles that have the capability of delivering an absolutely crippling first strike.  At this point, most Americans consider a full-scale nuclear war to be inconceivable.  But in Russia attitudes are completely different.  To the Russians, the United States is enemy number one these days and the Russians are feverishly preparing for a potential military showdown.  Of course the Russians don’t actually want to have to resort to nuclear war.  Such an event would be an unspeakable horror for the entire globe.  But if one does happen, the Russians want to make sure that they are the ones that come out on top.

A lot of Americans are still operating under the faulty assumption that the doctrine of “mutually assured destruction” still applies.  The thinking was that both sides had so many nuclear missiles that a launch by one side would guarantee the destruction of both parties.

But since that time, so much has changed.

For one, the U.S. nuclear arsenal is far, far smaller than it was back then.  Back in 1967, the U.S. military possessed more than 31,000 strategic nuclear warheads.  Now, we only have 1,642 deployed, and that number is scheduled to be further reduced to about 1,500.

During this same time period, the Russians have been developing some very impressive stealth delivery systems which have the capability of hitting targets inside the United States within just minutes of an order being issued.  This is particularly true of their submarine-launched missiles.  The newest Russian subs have the ability to approach our coastlines without us even knowing that they are there.  If the Russians came to the conclusion that war with the United States was unavoidable, an overwhelming first strike using submarine-based missiles could potentially take out nearly our entire arsenal before we even knew what hit us.  And if the Russians have an anti-ballistic missile system that can intercept the limited number of rockets that we can launch in return, they may be able to escape relatively unscathed.

In order for “mutually assured destruction” to work, we have to see the Russian missiles coming and have enough time to order a launch of our own.  Thanks to emerging technologies, the balance of power has fundamentally shifted.  The old way of thinking simply does not apply anymore and the Russians understand this.

#1 Russia is spending an enormous amount of money to develop the PAK DA Strategic Bomber.  Not a lot is known about this stealth bomber at this time.  The following summary of what we do know comes from an Australian news source…

Russia’s answer to the B-2 “Spirit”, this next-generation strategic bomber is intended to be almost invisible to radar and capable of carrying a huge array of conventional and nuclear missiles. Little else is known other than its expected service date: 2025.

#2 Russian nuclear bombers have been regularly buzzing areas in northern Europe and along the coast of Alaska.  The Russians appear to be brazenly testing NATO defenses.  Here is just one recent example…

Russian strategic nuclear bombers carried out air defense zone incursions near Alaska and across Northern Europe this week in the latest nuclear saber rattling by Moscow.

#3 Russian Defense Minister Sergei Shoigu says that Russian nuclear bombers will now conduct regular patrols “in the western Atlantic and eastern Pacific, as well as the Caribbean and the Gulf of Mexico“.

#4 Russia is constructing an anti-ballistic missile system which will supposedly be superior to anything that the U.S. currently has…

Currently under development, the S-500 missile is intended to be capable of intercepting intercontinental ballistic missiles when combined with radar input from the likes of the new A-100 AWACS aircraft. It is supposed to be able to track and shoot at up to 10 supersonic targets at any one time at heights of up to 40km.

A Russian Northern Fleet nuclear submarine on Wednesday fired a test intercontinental missile from the Barents Sea to the country’s far eastern Kura Range on the Kamchatka Peninsula, the Russian Defense Ministry said in a statement Wednesday.

“Within the frameworks of testing the reliability of marine strategic nuclear forces, the Tula [nuclear submarine] launched a Sineva intercontinental ballistic missile from the Barents Sea to the Kura Range [in Kamchatka],” the statement says.

The D-9RM launch system equipped with RSM-54 missiles was put into service in 1986. The production of the RSM-54 was halted in 1996 but after three years, the Russian government resumed the production of a modernized version of the missile.

Did you know that Russia is building submarines that are so quiet that the U.S. military cannot detect them? These “black hole” submarines can freely approach the coastlines of the United States without fear of being detected whenever they want. In fact, a “nuclear-powered attack submarine armed with long-range cruise missiles” sailed around in the Gulf of Mexico for several weeks without being detected back in 2012. And now Russia is launching a new class of subs that have “advanced stealth technology”. The U.S. Navy openly acknowledges that they cannot track these subs when they are submerged. That means that the Russians are able to sail right up to our coastlines and launch nukes whenever they want.

Russia’s Defense Ministry plans to complete the rearmament of Strategic Missile Forces within six years. “By 2016, the share of new missile systems will reach nearly 60%, and by 2021 their share will increase to 98%. At the same time the troop and weapon command systems, combat equipment will be qualitatively improved, first of all — their capabilities for the suppression of antimissile defense will be built up,” Defense Ministry’s RVSN spokesman Colonel Igor Yegorov told ITAR-TASS on Friday.

#8 For the first time ever, Russia has more strategic nuclear warheads deployed than the United States does…

For the first time, Russia, which is in the midst of a major strategic nuclear modernization, has more deployed nuclear warheads than the United States, according to the latest numbers released by the State Department.

The warhead count for the Russians, based the Sept. 1 report required under the 2010 New Strategic Arms Reduction Treaty (START), shows an increase of 131 warheads since the last declaration on March 1. The U.S. reported a warhead increase of 57 during the same period. It is not clear why the warhead numbers increased.

As for tactical nuclear weapons, the superiority of modern-day Russia over NATO is even stronger.

The Americans are well aware of this. They were convinced before that Russia would never rise again. Now it’s too late.

To date, NATO countries have only 260 tactical nuclear weapons in the ETO. The United States has 200 bombs with a total capacity of 18 megatons. They are located on six air bases in Germany, Italy, Belgium, the Netherlands and Turkey. France has 60 more atomic bombs. That is pretty much it. Russia, according to conservative estimates, has 5,000 pieces of different classes of TNW – from Iskander warheads to torpedo, aerial and artillery warheads! The US has 300 tactical B-61 bombs on its own territory, but this does not change the situation against the backdrop of such imbalance.

He would not elaborate on prospective weapons, but he and other officials have repeatedly boasted about new Russian nuclear missiles’ capability to penetrate any prospective missile shield.

The Kremlin has bolstered defense spending in the past few years under an ambitious weapons modernization program that runs through 2020 and costs the equivalent of $540 billion.

Meanwhile, the Chinese have been investing heavily in this kind of technology as well.

In fact, just the other day the Chinese successfully tested a new submarine-launched intercontinental ballistic missile…

China’s JL-2 second-generation intercontinental-range submarine-launched ballistic missile, which has the ability to reach the continental USA, is already believed to be deployable by the People’s Liberation Army, reports Huanqiu, the Chinese-language website of the nationalistic Global Times tabloid.

The Julang-2 — literally “Giant Wave 2″ — has reached a preliminary level of proficiency, according to the US-China Economic and Security Review Commission in its report to US Congress on Nov. 20.

Most Americans do not believe that any of this is a concern whatsoever.

Most Americans just assume that a full-scale nuclear war is virtually impossible.

But the truth is that a successful first strike against the United States is more possible today than it ever has been before.

Hopefully the American people will wake up to this reality before it is too late.