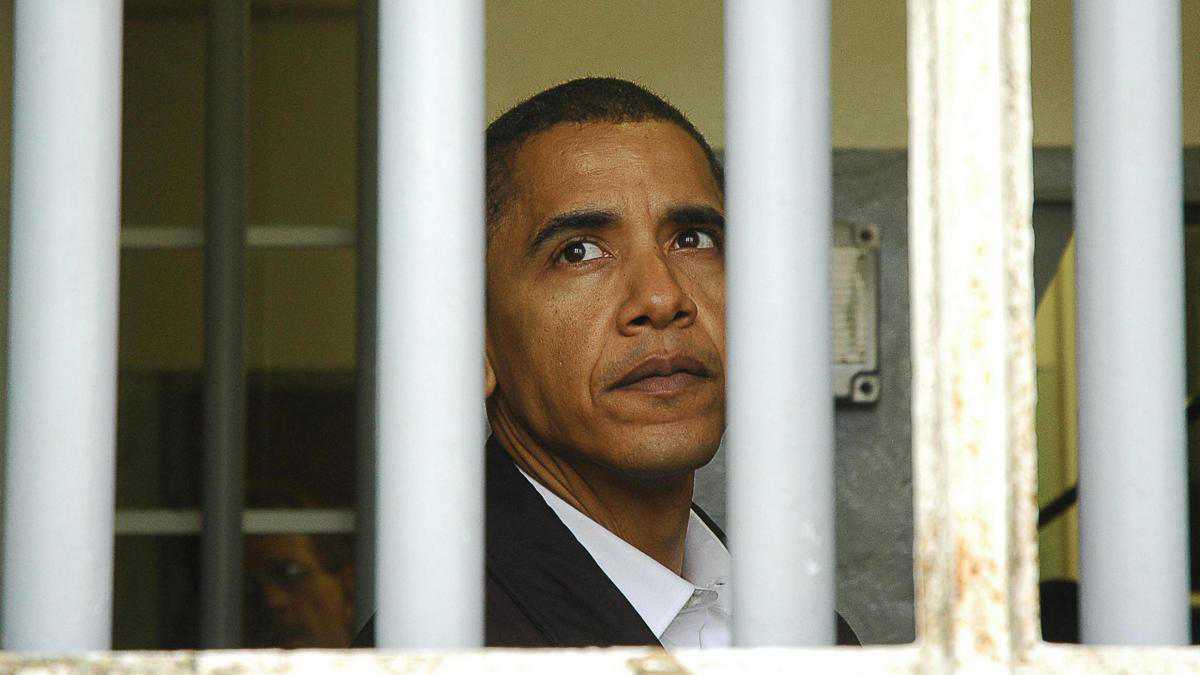 In a mass email put out by the Democratic Congressional Campaign Committee on Sunday, they warned that Barack Obama is in danger of impeachment and jail time. No, really, that’s what they said, despite the fact that not one spineless Republican has written one article of impeachment.

Clearly the email is to simply drum up support for the Democrats. That isn’t a surprise and the more the lawless are allowed to be in power, the greater their boldness.

What’s amazing is that the email starts off by labeling the 2014 Congress as the “most obstructionist and dysfunctional Congress in history.” Congress does include the Senate too, which was overseen by Democrats and, of course, the House was overseen by Republicans. There is no doubt that both were dysfunctional.

However, the email went on to state, “Despite the challenge of taking office in the midst of the worst financial crisis in 70 years (it’s Bush’s fault, and yet, we are still in that crisis and will continue to be until the Federal Reserve and unconstitutional spending are dealt with – OK the parenthesis is mine, not in the email), President Obama has achieved incredible progress for the United States.”

What progress? Wait, let me see if I can find some progress. Oh, that’s right, Barack Hussein Obama has:

This is progress in the eyes of Democrats. This is transformation in the eyes of Barack Hussein Obama. However, let’s refer to them as what they really are: Socialists, Communists and Muslims (all Anti-American).

According to the email, “Republicans think this is their chance to destroy the president.”

The entire email was based on Barack Obama’s unlawful address on immigration, in which he claimed the he would be providing amnesty (yes, I know he didn’t like referring to it as amnesty and said it wasn’t amnesty, but that’s what it is) to millions of illegal aliens in the United States.

Joe Miller, a West Point graduate, decorated combat veteran from the first Gulf War, judge and 2010 Republican nominee for US Senate from Alaska, who provided the screenshot of the email, took to his blog and rightly wrote, “Given the fact that most Americans do not support Obama’s power-grab, and even members of his own party disapprove, impeachment should be on the table.”

However, the reality is that Republicans have absolutely no intention of dealing justly with Obama and Miller rightly points out, “Regrettably, it’s not. Fresh out of overwhelming mid-term victories, the GOP is once again moving tepidly. Even on the issue that arguably provided their margin of success – Obamacare – leadership has stated that a vote on repeal will not even be held.”

The Democrats are doing nothing but using Obama’s lawlessness to fundraise for 2016. They aren’t anticipating any actual teeth to be shown from Republicans.

Representative Mo Brooks (R-AL) told Slate.com that he believes Obama’s actions could result in a felony worth five years in jail. However, as of the writing of this article, Obama has not followed through with any executive action, according to the White House website.

While I hold out hope that perhaps there might be some men that God would endow with great courage at this hour in American history, I realize that the judgment of God is upon us. While Miller points to a Jacksonian or Reagan revolution, I tend to view our future with a much more realistic vision. As such, I tend to believe that unless there is a real spiritual revolution in this country, one akin to what the Black Robed Regiment brought about in the 1700’s or an armed revolution to bring criminals in Washington to justice, and as Jefferson stated in the Declaration of Independence, “throw off such Government, and to provide new Guards for their future security” we will, as Miller puts it, “continue our slide into the dustbin of history.”