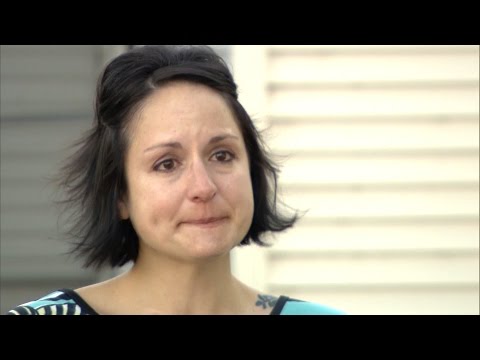 “I broke the law, but I did it to save my son…..We are good hard working people that were just trying to save our son’s life. It has been a living hell since his injury and this just adds to our ever growing stress.”

Madison, MN — A mother of two is facing jail time for seeking out life saving cannabis oil to treat her son’s horrifying seizures.

This nightmare for the Brown family started 3 years ago, when their son Trey, then 12, was hit in the head with a baseball causing a traumatic brain injury.

The brain injury has caused severe tremors and episodes in which he causes himself harm.

“We chose to treat him with medicinal cannabis oil, which saved his life, after all doctors failed him,” explains Angela Brown.

Eventually a doctor advised the family to seek out cannabis oil in Boulder, CO. What Angela and her husband David Brown found when they went to Boulder was a miracle drug; the cannabis oil actually treated their son’s debilitating condition.

They were extremely relieved. However, thanks to the state, this relief would be short lived.

Shortly after returning to Minnesota, Trey’s school found out about the cannabis oil treatments and reported Angela Brown to authorities. Apparently there are still some people in society who possess a certain level of criminal ignorance who would turn in a mother to the police for trying to help her son.

She was subsequently arrested and charged with two gross misdemeanor counts of child endangerment.

The ironic turn to this story is that Minnesota is the 22nd state to approve medical marijuana and her son’s condition is covered under this provision.

However, the law does not go into effect until July of 2015, so their actions are still considered illegal by this grueling bureaucratic apparatus.

“We are good hard working people that were just trying to save our son’s life. It has been a living hell since his injury and this just adds to our ever growing stress,” says Brown on their GoFundMe Page setup to raise funds for the families legal defense.

If you’d like to show you monetary support for the Browns, please do so by donating to their GoFundMe Campaign.

If this story strikes a nerve with you and you feel that depriving someone of their freedom for treating their son’s illness is wrong, click the share button below and help to expose this atrocity.