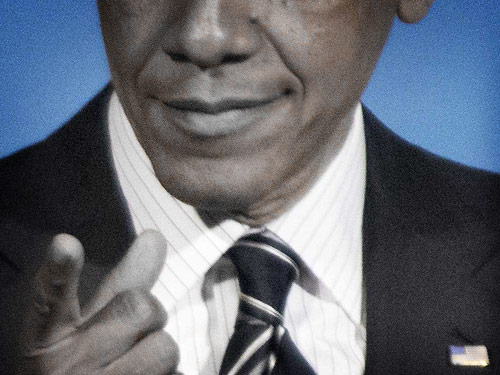 Although the government and mainstream media perfectly timed the Ferguson grand jury decision to go off right after President Obama passed executive amnesty (which, magically, no one in the mainstream media is talking about anymore), it also works out well for the White House that this event transpired right before the upcoming holiday.

Because the Obama administration has prepared, for the fifth time now, to oh-so-quietly release 3,415 brand spanking new regulations right before Thanksgiving while everyone just so happens to be totally distracted and focusing on the orchestrated civil disorder going on in Ferguson.

The federal Unified Agenda is the Obama administration’s regulatory road map, and it lays out thousands of regulations being finalized in the coming months. Under President Barack Obama, there has been a tradition of releasing the agenda late on Friday — and right before a major holiday.

“It’s become an unfortunate tradition of this administration and others to drop these regulatory agendas late on a Friday and right before a holiday,” Matt Shudtz, executive director of the Center for Progressive Reform, told The Hill newspaper.

The White House’s regulatory agenda for spring 2014 was released on the eve of the Memorial Day weekend, when millions of people set out on weekend getaways or family vacations.

“It’s unfortunate because it’s an update on protections for Americans of all stripes,” Shudtz told the Hill. “It lays out the administration’s plan and it deserves more attention.”

Apparently, this release comes new and improved with even more regulations than last time, and it even comes complete with the added bonus of having 189 rules which come with a nice fat price tag of $100 million.

It’s funny… Once upon a time, throwing out an amount like a hundred million would’ve made some people’s eyeballs literally pop out of their heads. I can use the word literally in a figurative sense now without being incorrect, because apparently we live in such an Idiocracy

society that the official definition of the word “literally” has been updated to include “used for emphasis or to express strong feeling while not being literally true.”

Anyway, who knows what evil will be lurking in those 3,415 new regulations. No, really. Who knows? Hardly anyone knows, because these regs will be slipped in under cover of concocted protests in Ferguson, a plate full of turkey and stuffing, and a football game.