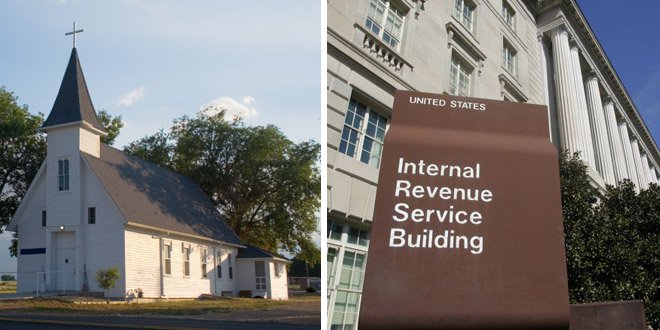 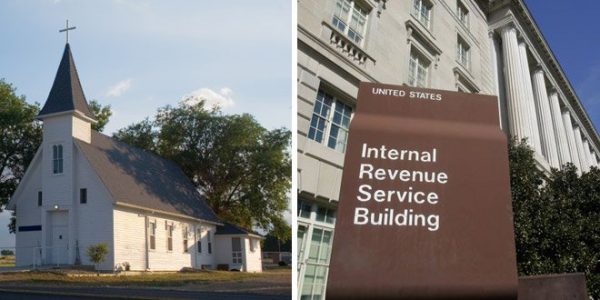 Back in July, you may recall that the Internal Revenue Service settled a 2012 lawsuit brought by the anti-theist group Freedom from Religion Foundation. According to the terms of that settlement, the IRS agreed to monitor Churches, something that is clearly a violation of the First Amendment. Because the anti-theists settled, the details of how the IRS was going to go about their monitoring was never disclosed. Enter Judicial Watch, who has filed a Freedom of Information Act lawsuit against the IRS in pursuit of records that would disclose IRS monitoring of churches or other tax exempt organizations for political purposes.

The lawsuit was filed on November 6 in the U.S. District Court for the District of Columbia (Judicial Watch v. Internal Revenue Service (No. 1:14-cv-01872).

In 2012, the FFRF filed a lawsuit alleging that the IRS had routinely ignored its complaints about churches promoting political candidates, issues or proposed legislation. In July 2014, the IRS announced that, according to the terms of an agreement reached with the FFRF, it had been monitoring churches and other houses of worship for electioneering and other political activity. According to June 27, 2014, IRS letter to the Justice Department, the IRS has targeted 99 churches it said merited “high priority examination” for allegedly illegal electioneering activities. This church-targeting was determined by an IRS “Political Activities Referral Committee.”

In its 2012 complaint, FFRF alleged that 1,500 clergy members violated electioneering restrictions on Sunday, October 7, 2012. The atheist group has specifically cited church teachings against abortion and same-sex marriage as being in violation of the law. It also cited what it termed “blatantly political” full-page ads running in the three Sundays leading up to the presidential elections by the Billy Graham Evangelical Association. But the FFRF abruptly dismissed its IRS lawsuit after a church, represented by the Becket Fund for Religious Liberty, intervened in the lawsuit to challenge the IRS’s alleged authority to “revoke a house of worship’s tax-exempt status, and levy fines against churches and individual leaders, when religious leaders are deemed to say things that the IRS does not allow.” Alliance Defending Freedom and other religious rights organizations have challenged directly the notion that the federal government can restrict the speech of pastors.

Judicial Watch President Tom Fitton said, “As expressed by the First Amendment, Americans have the God-given right to both express their religious views and to engage in the political process. It is troubling that the IRS seems set to rely on a group of atheists to point them toward churches that might have criticized politicians. And it is even more disturbing that the IRS would violate federal law, The Freedom of Information Act, in order to keep secret its monitoring of Americans praying together in church.”

“To be clear, the very IRS that abused Tea Partiers for Obama’s election now purports to be able to ‘audit’ houses of worship in order to protect politicians from criticism,” Fitton continued. “I am sure the Obama administration is more than happy to use the excuse of a lawsuit by a leftist group to use the IRS to punish churches that oppose Obama’s war on religious freedom.”

Daniel Blomberg of the Becket Fund believes this information needs to come out to answered questions about the settling of the case and has previously said, “That’s part of the problem. The way the case was closed out. [It looks like] the FFRF collaborated with the IRS, getting their own case dismissed.”

Mathew Staver of Liberty Counsel and Liberty Counsel Action said, “The Obama administration knows that Christians are the greatest threat to his far-left agenda. That’s why his subordinates at the Department of Justice were more than willing to settle a lawsuit with the Freedom from Religion Foundation by offering the services of the IRS to target ‘rogue political churches.'”

Staver believes the plan was to “uncover potential illegal political activities or ‘electioneering’ by America’s conservative churches in the months leading up to the 2014 mid-term elections.”

“In Barack Obama’s America, the left has taken unprecedented steps to attack religious and individual freedom. Having already admitted to targeting conservative groups, the IRS has doubled-down and says it will now monitor churches,” he added.

Staver’s Liberty Counsel has developed resource material to aid pastors and churches including Silence is NOT an Option! and Patriot’s Handbook of Political Action for Pastors and Churches.

ADF’s Erik Stanley joined the chorus of voices stating, “The IRS has no business censoring what a pastor preaches from the pulpit.”

The IRS is already being investigated for its illegal activities of targeting conservative groups seeking tax exempt status while at the same time providing tax exempt status to Barack Obama’s Foundation via his brother Malik, who is tied to the Muslim Brotherhood and terrorist organizations.

Since under the US Constitution, Congress can make no law against the free exercise of religion (and that understanding was specifically of the Christian religion at the founding), then there is no need for the enforcement by any federal agency, especially an unconstitutional one like the IRS against any Christian Church.

From ADF’s perspective, they are seeking to “bring the era of IRS censorship and intimidation to an end by challenging the Johnson Amendment, which imposes on clergy speech.”

May God grant them their desires and may the pulpits of America thunder loudly this Sunday, and every Sunday, against the lawlessness of the United States government with a call to repentance and submission to King Jesus!