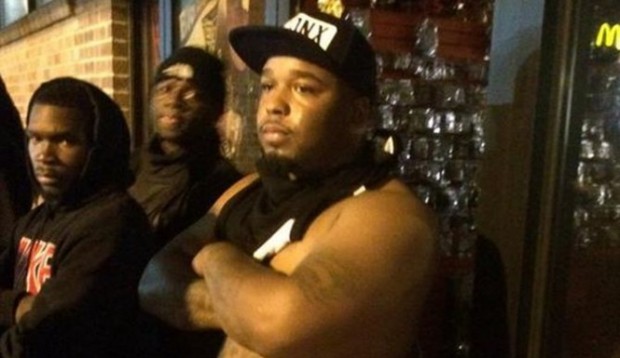 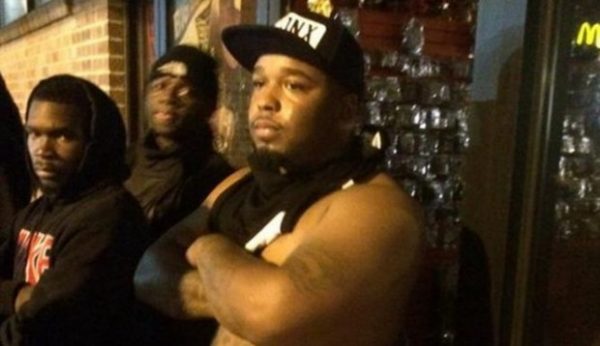 With all the division that the race hustlers and the Barack Obama administration have tried to bring in the nation and particularly to Ferguson, Missouri, it’s good to see a positive story. Several, well-armed black men stood guard around a business to protect it from looters and rioters. The catch is that the business was owned by a white man. What would cause these men to do such a thing in a town that seems hell bent on destruction of private property because they falsely believe a white policeman murdered a black man? Loyalty and jobs.

While many others in the town of Ferguson felt an appetite for destruction, no matter whose property they were looting or destroying, Derrick Jordan, a 6-foot-8, 37-year-old black man and several other black men took up arms to defend the business.

Jordan, armed with an AR-15 rifle and pistols, seemed to lead the group as they guarded the gas station where he and others work.

A 29-year-old black man, who identified himself as R.J., said of Doug Merello, the owner, “He’s a nice dude, he’s helped us a lot.”

A variety of firearms were carried by the men, who simply were exercising their right and responsibility to protect private property.

In the course of the evening, the men encountered several groups of blacks who sought to loot the store, but they chased them away. At one point, things got a little worrisome as the Missouri National Guard mistook the group of men for looters. One of the men was handcuffed by the Guard before Merello exited the building and informed them that the men were merely trying to help, not cause harm.

Merello said that the men saved his business.

“We would have been burned to the ground many times over if it weren’t for them,” Merello said.

The gas station has been in business since Merello’s father bought it in 1984. Obviously Merello’s family has some historical roots in the town and he feels very much attached to Ferguson. Apparently his loyalty and treating his employees and customers well, paid off.

While I make it a point to inform people about skin color due to the race baiting tactics of this administration and many in the Ferguson community, this is simply an issue of what is right and what is wrong.

I don’t know if any of the men involved are Christian, but I do know this, the Bible teaches how masters and slaves are to conduct themselves towards one another. In our society, we understand that in terms of employer and employees. The apostle Paul wrote in Ephesians 6:

Servants, be obedient to them that are your masters according to the flesh, with fear and trembling, in singleness of your heart, as unto Christ; Not with eyeservice, as menpleasers; but as the servants of Christ, doing the will of God from the heart; With good will doing service, as to the Lord, and not to men: Knowing that whatsoever good thing any man doeth, the same shall he receive of the Lord, whether he be bond or free. And, ye masters, do the same things unto them, forbearing threatening: knowing that your Master also is in heaven; neither is there respect of persons with him.

Because of how well Mr. Merello treated his employees, he earned their respect. Likewise, I think Mr. Merello understands that his employees have returned his good favor. I say well done for all those involved. What would the world look like if we all treated one another in such a manner?