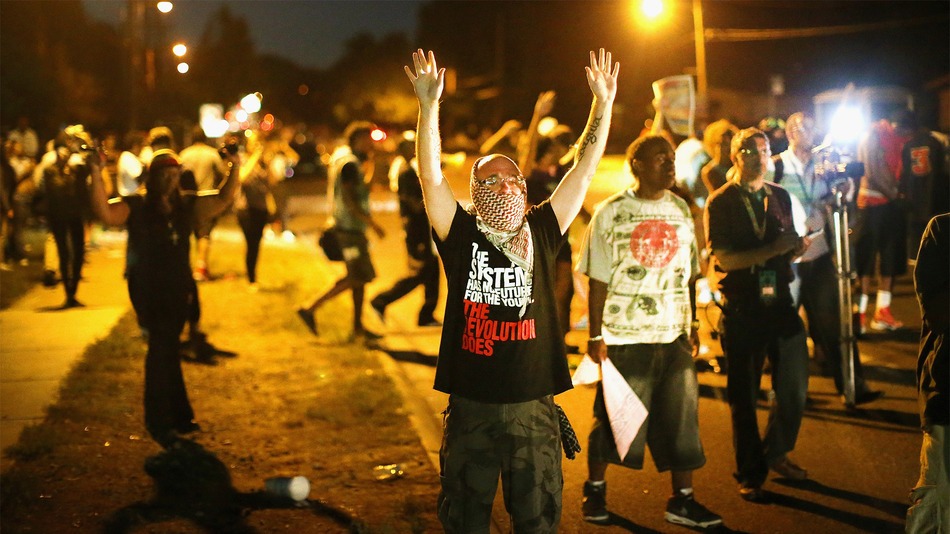 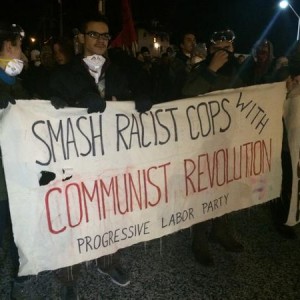 The far left is rising in America, and radical communists are being drawn to Ferguson protests all over the nation like moths to a flame.  So could Ferguson be the spark that sets off a communist revolution in America?  Certainly I am not saying that everyone involved in the Ferguson protests is a communist.  That is not true at all.  In fact, communists and other far left groups only make up a minority of the protesters.  But they have repeatedly been at the forefront of the violence, and they are taking advantage of the anger and frustration caused by the death of Michael Brown to promote their far left radical ideologies.  Sadly, they are finding a receptive audience – especially among young people in our poor and disadvantaged communities.  Even though Republicans did very well in the last election, survey after survey has shown that our young adults continue to move to the left.  For example, one survey taken a few years ago found that 49 percent of all Americans in the 18 to 29-year-old age range have a positive reaction to the word “socialism”.  The same forces that fueled Occupy Wall Street are now finding fertile ground in these new protests.  So what does all of this mean for the future of our nation?  The following are 10 signs that Ferguson could be the start of a communist revolution in America…

#1 Communist protest banners have been prominently displayed at protests in Ferguson, in New York City and elsewhere around the nation.

#2 Flyers declaring that Darren Wilson is wanted “for racist murder” are being distributed by communist groups in Ferguson.  In fact, the website address for the “Revolutionary Communist Progressive Labor Party” is right on the flyers.

Here’s the inside scoop on the latest violence in St. Louis. There’s a lot of buzz on the ground about a communist group that was bussed into Ferguson from Chicago. They provoked the police with Molotov cocktails the night of August 13th while the local protesters peacefully protested. That’s when police responded with gas and flash grenades. Their reported goal is to make the protests go super-violent, spread across the region, and spark a revolution. They are said to visibly stand out from the local protesters in how they respond to police and intimidate reporters when photos and video are taken of them. Expect to hear more about this in the coming days.

#5 After Thanksgiving, communists were spotted protesting in front of a Wal-Mart store in Ferguson…

On Friday, the Wal-Mart store opened as scheduled at 8 a.m., but there were relatively few shoppers. As they entered, they were told there were “no sale items,” and many then turned away. An assistant manager said that since the store was not open Thursday, staff could not set up sale items, so sales were redeployed to other stores. Police patrolled the parking lot and private security guards were posted inside the store. A handful of protesters, including members of the Revolutionary Communist Party, were told to leave the parking lot. They stood at the entrance to the parking lot with signs that said “No Shopping As Usual Black Lives Matter Friday.”

#6 Outside the courthouse in Ferguson on Friday, a crowd of protesters was overheard chanting this phrase over and over: “The only solution is a communist revolution“.

#7 In this next video, a communist interrupts a nationally televised press conference in Ferguson…

#8 It is one thing to protest perceived injustice.  It is another thing to publicly burn the American flag.  This is something that communist groups love to do, and it is symbol of deep hatred for this country.

#9 The mainstream media has actually been noting the appearance of communist groups at Ferguson protests all over the nation.  For instance, CBS Seattle recently reported that “communists” and “Palestinian groups” have joined the protests in Portland, Oregon.

Fithian is a legendary organizer who once announced she seeks to “create crisis, because crisis is that edge where change is possible.”

Once again, it must be noted that I am not saying that all Ferguson protesters are communists.  Only a minority of them are.  But the communists and other radical leftist organizations are tapping into all of the racial strife and discord to promote their radical philosophies.

And the groundwork has already been laid well in advance.  Minority voters have been extremely loyal to the Democrats for decades, and at this point the agenda of the Democratic Party compares very favorably to the 10 planks of the Communist Manifesto.

Not that the Republicans are much different.  In fact, many “Republicans” are essentially raging socialists at this point.  But that is a topic for another article.

America has been steadily moving to the left, and the far left has been looking for a spark.

Ferguson may have finally provided that spark for them, and this country might not ever be the same as a result.

So watch carefully what is going on in Ferguson right now.

The fire of revolution is burning on the streets of Ferguson today, but a few years from now major cities all over the nation may be ablaze. 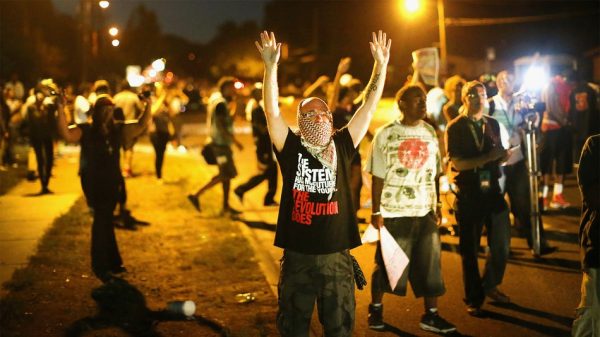