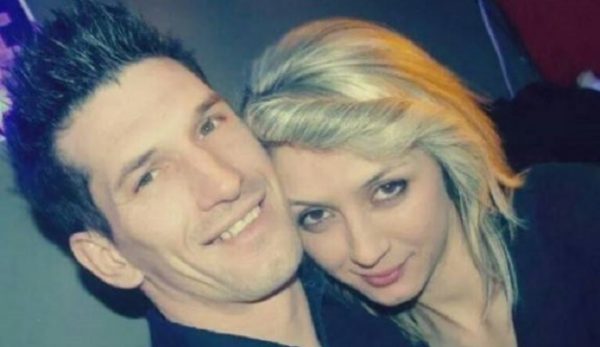 Video shot in the immediate aftermath of the murder of Bosnian immigrant Zemir Begic in St. Louis features a local resident revealing how blacks had chanted “fuck the white people, kill the white people” before the brutal hammer attack which took Begic’s life.

With the mainstream media seemingly keen to keep a lid on whether or not the murder was racially motivated and linked to the Ferguson riots, this new eyewitness account is nothing less than explosive.

Begic was killed in the early hours of Sunday morning when a gang armed with hammers attacked his vehicle and then set upon the Bosnian as he tried to confront them.

Police insisted the attack was not racially motivated, while Begic’s family and other Bosnian immigrants who turned up to protest the slaying asserted otherwise. Two suspects were taken into custody, while two others, a black teen and a Hispanic teen, are still on the loose.

The clip above shows a local resident filming the scene from a distance as emergency personnel attempt to give Begic CPR.

“Arrest them all, fuck this shit,” he states, adding, “And, of course, it’s a white kid, right after black people running up and down the street yelling, ‘Eff the white people, kill the white people.’ This is what we have.”

As we documented earlier, there are numerous other examples of Caucasians being verbally or physically assaulted by black Ferguson protesters for little more than being white.

It appears that the demonstrations have taken a tragic turn for the worse, with Ferguson protesters taking their lead from the likes of Time Magazine, who published an article justifying violent riots, with whites now apparently being targeted in retribution.

As we reported last week, innumerable Twitter users have also called for the murder of Darren Wilson and other white police officers.

Will the mainstream media report on what almost certainly represents a brutal and unprovoked racial hate crime that led to the horrific murder of Zemir Begic, or will this incident be swept under the rug in order to maintain the phony narrative that Ferguson protesters are peaceful?

Zemir with his wife Arijana, married for only six months before his murder in St. Louis. pic.twitter.com/7uvwGx7ykk