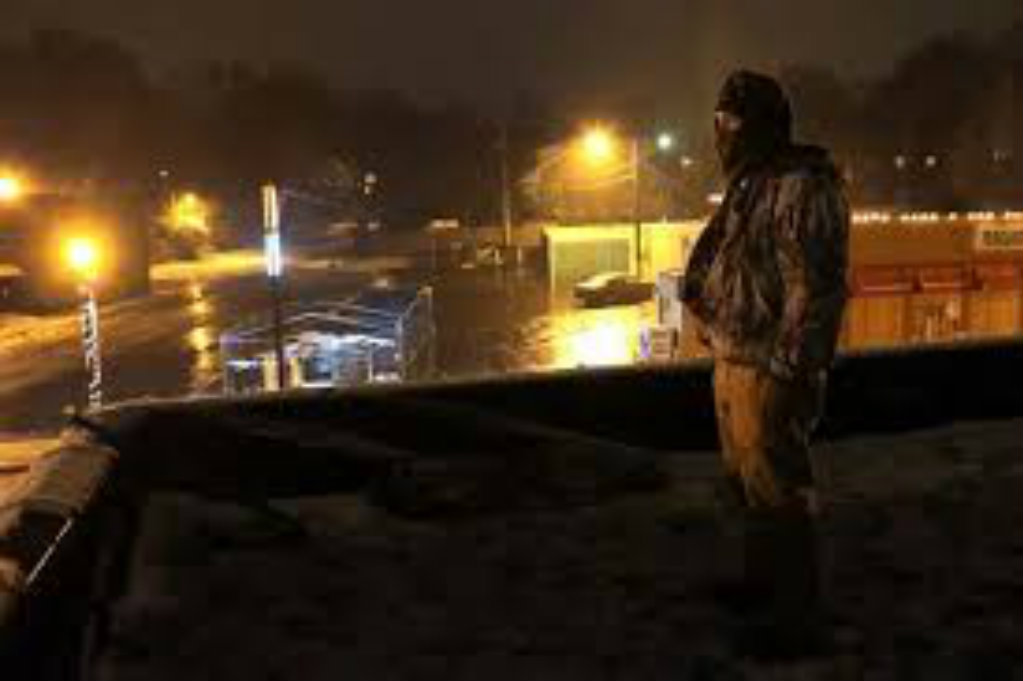 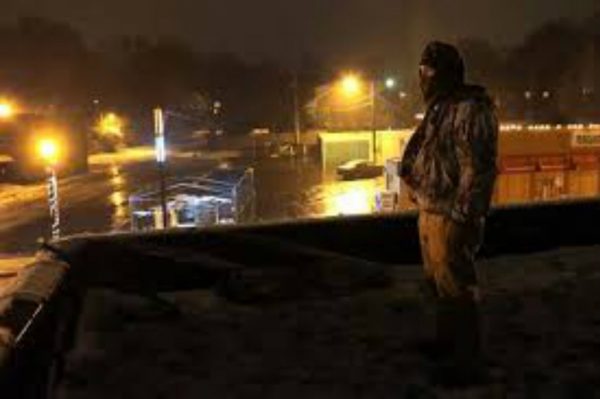 They’ve been shown in the media before, but the report was incorrect, according to Stewart Rhodes, national founder of president of the Oath Keepers, who stressed that the group is not just business owners.

“We are not. We are military and police veterans who are volunteer security for local businesses. We have Iraq and Afghanistan combat vets in the rooftops, along with retired cops, guarding the shops,” he said.

The four businesses include Natalie’s Cakes and More, a bakery that was featured on Fox News, a beauty supply store, a dentist’s office and a Chinese restaurant.

In addition to their work keeping businesses safe, and the people living there, the group has also seen some totally bizarre interactions by the federal government and the state highway patrol.

According to Rhodes, “We had an alarming incident that happened last night with our team spotting what looked like a fed three-man sniper team moving into a nearby house on higher ground, and then pointing their rifles at our team of American combat veterans, while our team was guarding the buildings against looters.”

Rhodes said the team even observed the state highway patrol snipers deploy onto the roof of a nearby fire hall and point rifles at them.

“Our team leader called Unified Command to find out what was going on and then local police responded,” he explained.

He said that the local police were unaware of what the federal government were doing and that there was no coordination. “The local police are on our side and expressed gratitude for us being there, but the Feds are trying to run us out.”

The federal government is trying to badmouth this organization of ex-police and ex-military, even called them a “domestic terrorist” group.

“The local cops told the Feds it was crazy to label us terrorists, when all we are doing is guarding against arsonists,” said Rhodes.

Sam, a team leader in Ferguson, told BenSwann.com’s Joshua Cook in an exclusive interview that they aren’t there to protect property. They are protecting the people living in the buildings from firebombs. They are willing to use lethal force to protect lives allowed by state law.

Rhodes told Cook that law enforcement wants to remove their group from the rooftops by citing an obscure state law regarding paid security firms. Rhodes plans to organize a protest if local officials try to remove them.

Listen to the full interview below: