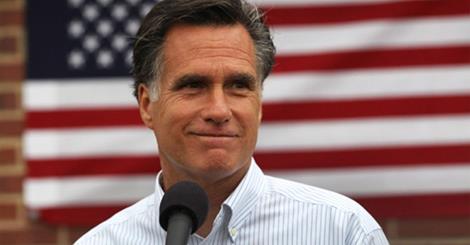 I have a friend in Texas who owns a business. He tells me that every night, illegal aliens sneak into his offices to sleep. On cool nights, they turn up the heat; and on warm nights, they crank the air conditioner, which costs him a lot of additional money.

He said he went to the authorities, and they said that not only would they not do anything to stop them or arrest them, but that he could not beef up the locks on his buildings. The authorities said he could hire security, but that they could only observe and not intervene.

Okay – that didn’t happen, although I do have a friend in Texas who does own a business, but he would just shoot anyone trying to break in.

I am, however, demonstrating that anyone, conservative or liberal, would never stand for people breaking into their businesses, let alone accept it if authorities told them what they couldn’t do to keep the illegals out.

Yet, somehow it’s just fine to allow the same thing to happen to our country. It defies logic, yet Mitt Romney, who is rapidly reestablishing himself as the titular head of the establishment Republicans, is officially “on board” the Obama amnesty express – not that he was ever off.

As was reported Monday by Tony Lee at Breitbart, Mitt Romney wants to one up the Prez by pushing permanent amnesty, not just that paltry, temporary kind Obama has decreed.

Of course, Romney doesn’t call it what it is – amnesty. He says it would be a “permanent clarification of our immigration laws so that people know where they stand.”

I know where they stand – in our country!

Mitt insists that his establishment suggestions would “make some improvements to the immigration system.”

Romney’s proposals are typical of soft-shell Republicans – replete with vague generalities that sound great to the uninterested and ignorant. Phrases like “You’re going to see a provision first of all to secure the border, second of all, to deal with those who have come here illegally…”

Establishment types always start with the tough talk like securing the border, which again sounds good until you realize that “secure” doesn’t equal “close” and never will.

Romney is setting all this up now to soften the blow when McConnell takes over as leader of the Senate.

A month ago on his radio show, Rush Limbaugh reported that Chris Wallace on Fox News Sunday was discussing this topic with Romney. Wallace said “The Senate, on a bipartisan basis, passed comprehensive immigration reform. House Republicans blocked it.”

But this time, it will be different. Both McConnell and Boehner in the House will officially toss conservatives and the Tea Party overboard. A deal between the two has already been crafted – I guarantee it. As Rush says: “Don’t doubt me.”

This is why Romney is out there – this and he needs to remain relevant for a run in 2016. Yes, I think he’ll try again.

The deal has been made by the establishment and most likely even before this last election. That’s why Romney could say emphatically that “You’re gonna see a bill actually reach the desk of the president if we finally have someone besides Harry Reid sitting in the Senate. That’s going to happen.”

So make the calls – melt the phone lines conveying your discontent. It’s not going to matter this time. The establishment appears no longer afraid of us conservatives, judging by Mitt’s bold, on-camera appearances.