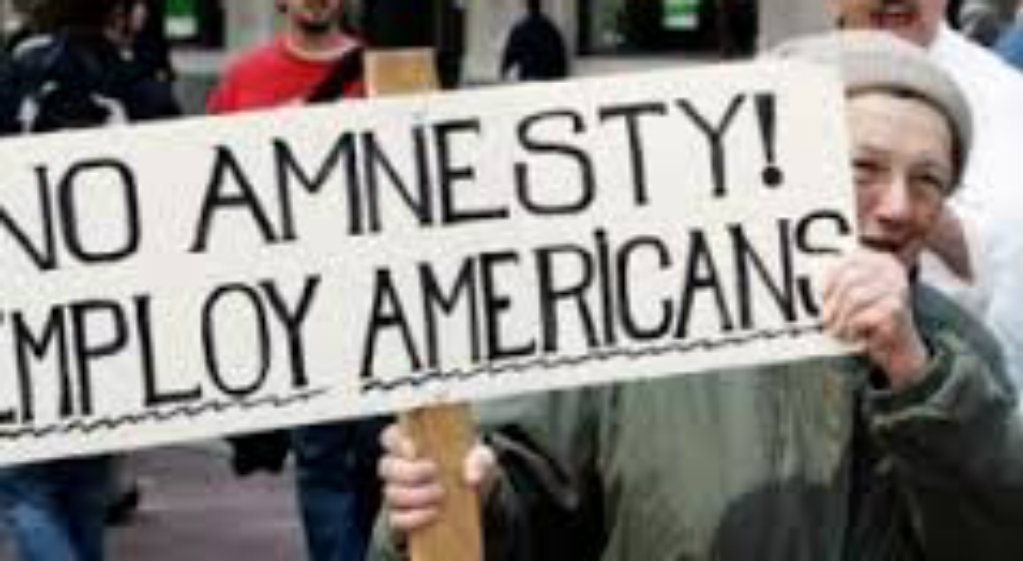 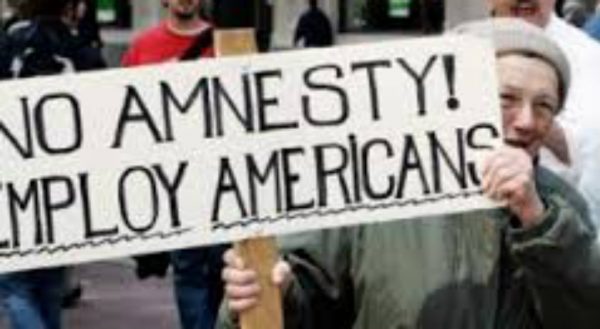 Wow. President Obama and his Democrat cronies have done it again. They are once again showing the nation the incredible amount of disdain they have for the American people. This time, it’s the perfect storm of Obamacare, Amnesty and Unemployment…

The Democrats under Obama have created a perverse system of incentives that give companies 3,000 reasons to hire illegal aliens who have been amnestied instead of unemployed American citizens…

Under the president’s new amnesty, businesses will have a $3,000-per-employee incentive to hire illegal immigrants over native-born workers because of a quirk of Obamacare.

President Obama’s temporary amnesty, which lasts three years, declares up to 5 million illegal immigrants to be lawfully in the country and eligible for work permits, but it still deems them ineligible for public benefits such as buying insurance on Obamacare’s health exchanges.

Under the Affordable Care Act, that means businesses who hire them won’t have to pay a penalty for not providing them health coverage — making them $3,000 more attractive than a similar native-born worker, whom the business by law would have to cover.

Rep. Lamar Smith (R-TX) said, “If it is true that the president’s actions give employers a $3,000 incentive to hire those who came here illegally, he has added insult to injury. The president’s actions would have just moved those who came here illegally to the front of the line, ahead of unemployed and underemployed Americans.”

A spokesman for Senator John McCain said that there is an easy answer to this mess… Get rid of Obamacare’s Employer Mandate because that “would eliminate the incentive to hire people who are ineligible for Obamacare subsidies.”

Dick Morris explained the issue in an Op-Ed for the Hill last week.

Those granted amnesty will not be eligible for ObamaCare. The amnesty will merely keep them safe from deportation; it won’t make them legal. And ObamaCare can only go to citizens and legal noncitizens living in the U.S.

But the employer mandate in ObamaCare requires large companies to offer insurance to each of their full-time workers or pay a hefty fine to the government for failing to do so.

Combine these two programs and you have a huge incentive for employers to dismiss any blue-collar workers on their payroll and replace them with illegal immigrants covered by amnesty. These folks are allowed to work but not to get ObamaCare. An employer can’t be fined for failing to offer ObamaCare to employees who are ineligible to receive it. It’s an employer’s dream!

By creating a pool of work-legal/ObamaCare-illegal workers, the president will make the incentive to replace citizens with illegal immigrants practically irresistible.

Do you get it, folks? There are now 5 million newly amnestied illegal immigrants who can now find work, but whose employers will legally be allowed to compensate at a rate of $3,000 less every year.

Do you understand the gravity of that?

That’s 15 BILLION DOLLARS! This is a huge incentive for companies to hire illegals who’ve been amnestied over Americans who are out of work… and it’s all thanks to the Democrats two “greatest achievements” – Obamacare and Amnesty.